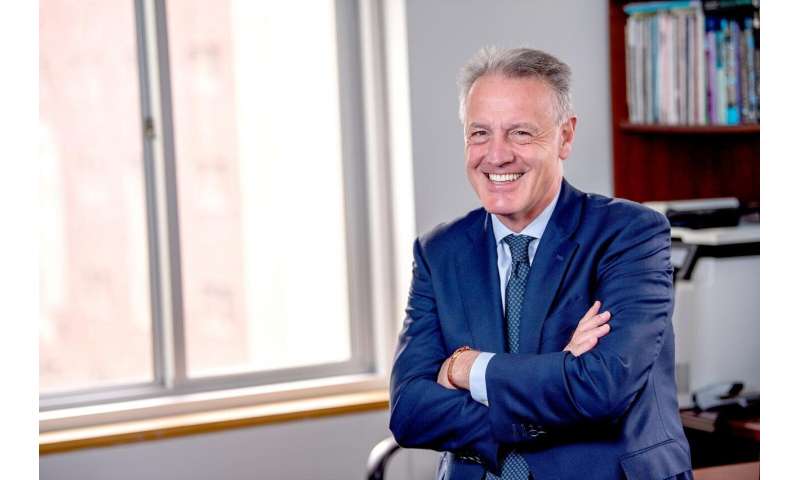 Researchers at The Wistar Institute have described the role of mitochondrial fission factor (MFF) in controlling survival of cancer cells, suggesting the protein could represent a promising therapeutic target. They also found that expression of MFF is regulated by Myc, a ubiquitous mediator of cell proliferation that contributes to development of many cancer types. These results were published online in the journal EBioMedicine.

Mitochondria, the organelles that supply energy to our cells, also control multiple cell death mechanisms and play an intricate role in cancer, which is a field of intense research. In particular, mitochondrial dynamics, a process that orchestrates the size, shape and position of mitochondria within the cell, has been implicated in tumor progression, but, until now, the mechanisms have only been partially elucidated.

“We know that reprogramming of mitochondrial functions is important for cancer development and metastasis,” said senior author on the study Dario C. Altieri, M.D., Wistar president and CEO and director of the Institute’s Cancer Center and the Robert & Penny Fox Distinguished Professor. “Our findings uncover new players and pathways in this process, opening concrete therapeutic opportunities to selectively eliminate tumor cells in patients.”

Altieri’s lab and an international team of collaborators showed that the MFF gene is amplified in prostate cancer patients, correlating with disease relapse and reduced survival. They also observed elevated expression of the MFF protein in a mouse model of prostate cancer and in tissue samples from patients with other cancer types, including lung cancer and multiple myeloma, compared to normal tissues.

Importantly, researchers implicated the Myc-oncoprotein, which is commonly amplified in various cancer types and controls mitochondrial reprogramming during tumor progression, as a key driver of MFF expression.

Altieri and colleagues showed that, in cancer, MFF interacts with VDAC1, a mitochondrial regulator of cell death, shutting down its function to keep tumor cells alive. The researchers found that disruption of the MFF-VDAC1 complex activated multiple mechanisms of mitochondrial cell death, inhibiting tumor cell proliferation and reducing tumor growth in a preclinical model.