Ever since I moved to Florida a few years ago, I've been noticing a hair trend I hadn't seen much elsewhere: A lot of people wear tinsel in their hair. They call it "fairy hair" around here, and it's a styling service often found at county fairs, alongside face painting and airbrushed T-shirts. But Katy Perry just gave the look a major status boost with a Vegas-style take on hair tinsel.

Perry posted a carousel of clips and photos to her Instagram grid earlier this week promoting her upcoming Las Vegas residency, Play. In it, she's wearing a bedazzled white suit à la Elvis Presley, but her hair is even sparklier than the rhinestones.

Having recently returned to her once-signature brunette ways, she's seen wearing rainbow threads of tinsel that stand out against her super straight, super dark, super-duper long hair. It has an almost ombré effect, with the intensity of the tinsel picking up near her chin.

Perry isn't the first music superstar to try hair tinsel, though it has been quite some time. Back at the 2010 Grammys, Beyoncé wore tinsel in her long, straight, golden-blonde hair. 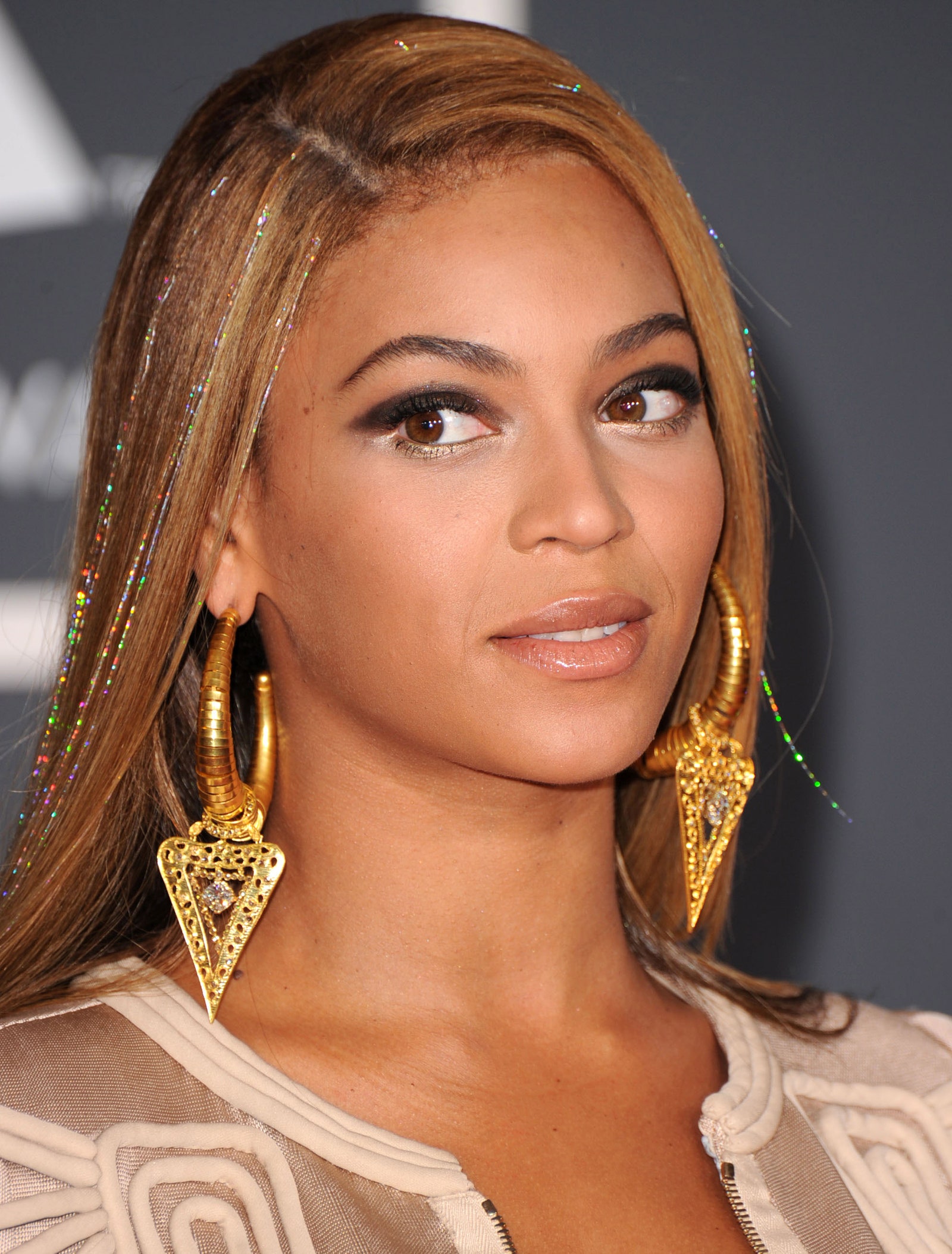 And the look has definitely had some high-profile moments since then. For example, model Ash Walker shared a gorgeous take on the look in 2019, and K-pop stars brought it back into the spotlight in 2018.

Even if you don't currently have access to a celebrity stylist or a county fair, you can still try the fairy hair look. A number of brands sell hair tinsel on Amazon, like Dansee, which offers 750 strands of iridescent awesomeness for just $10.