Study provides insights into how fibrosis progresses in the human lung 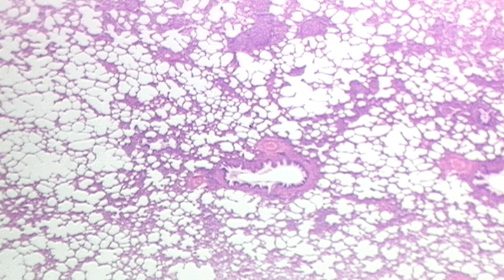 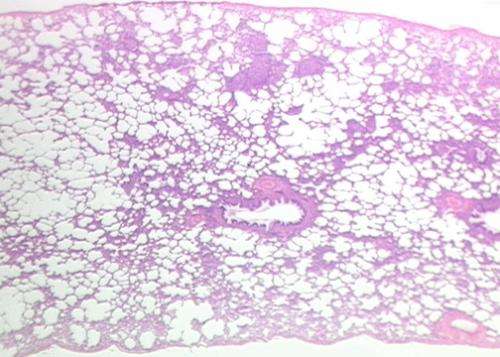 A Yale-led collaborative study boosts scientific understanding of how the lung disease idiopathic pulmonary fibrosis (IPF) progresses, providing a roadmap for researchers to discover new treatment targets for the disease.

The study, led by Naftali Kaminski, M.D., the Boehringer-Ingelheim Endowed Professor of Internal Medicine and chief of the Section of Pulmonary, Critical Care, and Sleep Medicine at Yale School of Medicine, and John E. McDonough, instructor and researcher at the medical school, appears in JCI Insight.

In the study, researchers examined differentially affected regions in lungs obtained from individuals with IPF and found that what looks like normal lung is already undergoing changes in specific genes. They then tracked how these genes continue to change, increasing or decreasing, as the disease progresses.

A unique feature of the paper, said Kaminski, is that it provides the first computational model of disease progression in the IPF lung and is accompanied by an interactive website exploring this model. Kaminski believes that the widespread access to the data will accelerate research into new therapies in IPF.

Although Kaminski notes that scientists at Yale and elsewhere have made “substantial scientific progress” on IPF in recent years, there are few treatment options. IPF is a chronic disease in which the lungs become increasingly scarred and unable to function; it affects some 200,000 people in the U.S., with about 30,000 new cases each year. Fifty percent of patients with IPF will die in three to five years following diagnosis, and the cause of IPF is unknown. The two FDA-approved drugs to treat IPF slow the progress of the disease, but do not reverse it. “The drugs may not be pleasant, but they work,” said Kaminski, adding that, most importantly, “There’s hope on the horizon.”

Drug trials for IPF are ongoing, and this latest research, he said, should provide opportunities for researchers to identify new potential drug targets. “My group has felt for years that to develop interventions for IPF that are more effective, we need to understand how the disease progresses in the human lung,” Kaminski said.

Animal models for IPF work to show how pulmonary fibrosis impacts the lungs, but not what regulates changes at the genetic level to drive IPF progression in humans. The investigators used a unique system that allowed them to quantify the amount of fibrosis in differentially affected regions in the lung and then to measure the expression of all the genes in the human genome in exactly the same region by RNA sequencing. They also measured microRNAs, small non-coding RNAs known to regulate the expression of genes. They applied advanced systems biology methods to identify tracks of gene expression associated with the progression of IPF in the lung and the molecules that regulate them. Using this approach, they made three key findings. First, they discovered that what looked like normal tissue in the diseased lung was in fact abnormal. Second, they identified gene expression changes that were specific to tissue associated with early, progressive and end-stage fibrosis. Third, they identified distinct molecular regulators for each of these stages.

“This is the first evidence that different stages of the disease may require different interventions,” said Kaminski.