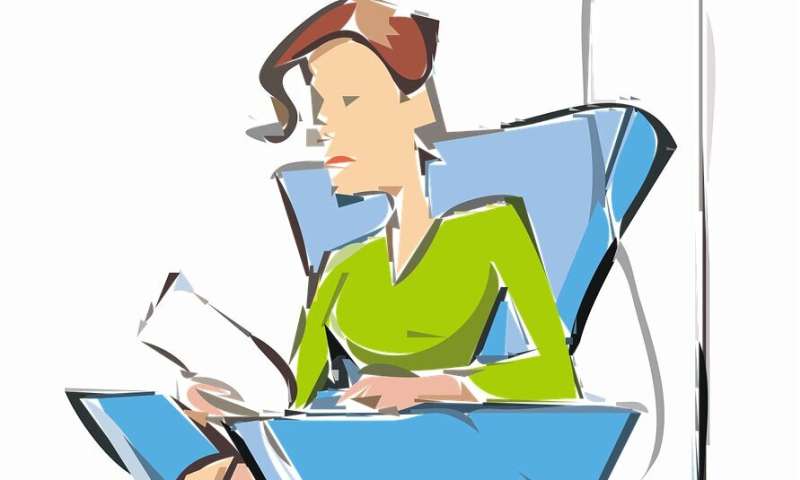 Anthracyclines remain a cornerstone of breast cancer therapy in combination with new-generation targeted drugs such as trastuzumab. Both types of drugs are major culprits in chemotherapy-induced heart disease. A recent study showed that being overweight or obese was a risk factor for cardiotoxicity in chemotherapy-treated patients with breast cancer, but it did not take into account related cardiac risk factors or other classic risk factors of cardiotoxicity produced by anthracycline and trastuzumab (e.g., older age, concomitant chemotherapy or previous radiation therapy, smoking, high blood pressure, or diabetes).

In a study published December 23 in the open-access journal PLOS Medicine, Elisé Kaboré of Centre Georges-François Leclerc and Charles Guenancia of University Hospital, Dijon, France, and colleagues address this gap in knowledge. They provide evidence that obesity is associated with a three-fold increased risk of cardiotoxicity in chemotherapy-treated patients with early-stage breast cancer, regardless of other predictors of cardiotoxicity. As noted by the authors, the results suggest that overweight and obese patients may benefit from careful cardiac screening and follow-up during and after chemotherapy.

The authors examined the association of body mass index and cardiotoxicity using prospective data collected from 2012 to 2014 in the French national breast CANcer TOxicity study (CANTO) of 26 cancer centers. The study included 929 patients with stage I to III breast cancer who were treated with anthracycline and/or trastuzumab.