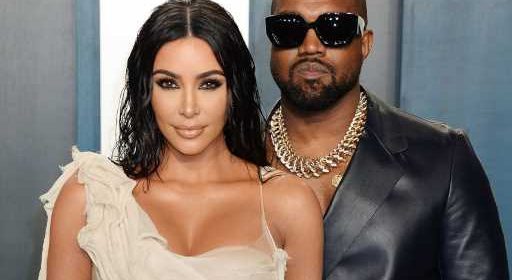 Kim Kardashian had nothing but loving things to say about her ex-husband on Father’s Day. The reality star shared photos of Kanye West with their four children, North, 9, Chicago, 4, Saint, 6, and Psalm, 3, one of which featured him gleefully picking them up in his arms.

“Thank you for being the best dad to our babies and loving them to way you do!” Kardashian wrote in her Instagram story caption. “Happy Father’s Day Ye.” You can see the photos HERE. Despite a rocky break-up with the rapper who has lashed out very publicly, Kardashian has been presenting a united front with her ex, recently posting a photograph of herself wearing a sweatshirt with his name on it.

When it comes to co-parenting with West, Kardashian explained that she’s focusing on their kids’ well-being. “I’m really open and honest with them,” she said during an interview with Robin Roberts on Good Morning America in April. “The younger ones don’t understand as much, but as far as with my two older ones, they know what’s going on…You have to just be there for them. No matter what, even in this crazy life that we live, you just have to have a really open dialogue with your children.”

That means showing restraint when West has been frequently disparaging of Kardashian and her new boyfriend Pete Davidson on Instagram. Kardashian is trying to take the “high road,” she told Ellen Degeneres in March.

“I’m always just hopeful and no matter what goes on, it’s the father of my kids. I’ll always be protective. I always want my kids to just see the best of the best,” she said. “I just try to — as hard as it can be sometimes — I do try to ignore it and try to do whatever’s best for the kids.”

It’s absolutely no easy feat co-parenting during a messy breakup but it sounds like Kardashian’s mindset is a really healthy one to have.

These celeb parents know how to throw an epic birthday bash!