Many cancer patients juggle care along with financial pain 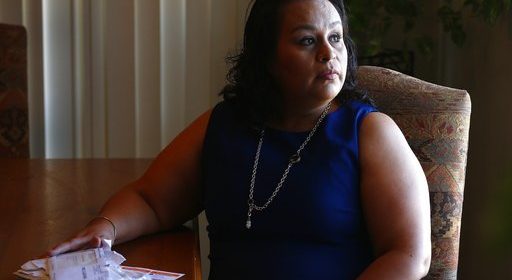 Money was already tight when doctors told the Phoenix resident she had an aggressive form of the disease. Then she took a pay cut after going on disability leave, and eventually lost her job and insurance coverage. During treatment, Rizo got swamped with more than $50,000 in medical bills.

As treatment costs soar and insurance coverage shrinks, hospitals and patient advocates around the U.S. are rushing to offer more help to patients like Rizo, who had no financial counseling. Cancer centers are hiring experts to help patients navigate the insurance system, while nonprofits are teaching people to think about handling costs when treatments starts instead of waiting for a financial crisis to hit.

“We know a lot of very solidly middle class families, they were fine and then … their financial lives changed,” said Jean Sachs, CEO of the nonprofit Living Beyond Breast Cancer. “They’re not prepared for the cost of cancer, let alone the care.”

Cancer has long been an expensive disease to treat, but several factors have made the financial sting more intense in recent years, prompting more patients to delay treatment or cut back on their medications.

Insurers are tightening their prescription drug coverage and raising patient costs like deductibles as treatment prices soar. That means patients may have to pay several thousand dollars a year for a drug like the leukemia treatment Gleevec—a pill taken daily, sometimes for the rest of a person’s life.

The Affordable Care Act sets limits for how much people have to spend on care each year. But cancer treatments often extend beyond a year, and those limits don’t apply to care sought outside the increasingly narrow network of doctors and hospitals that some insurers offer.

A few years ago, Zafar and colleagues surveyed 300 adult, insured patients at the cancer institute. Nearly 40 percent reported a higher-than-expected financial burden, while 16 percent dealt with what he called “overwhelming financial distress.”

More than a quarter of that patient population said they didn’t take their medicines as prescribed. That meant skipping doses, taking smaller amounts or not filling prescriptions because of the cost. 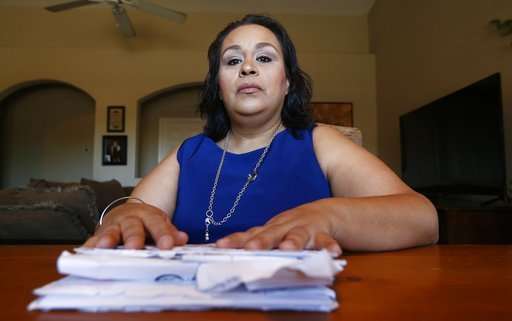 Other research has found that cancer patients are more than twice as likely as those without the disease to declare bankruptcy.

More than 1.7 million new cancer cases will be diagnosed this year, according to the American Cancer Society. Who winds up in financial trouble will depend on factors like the patient’s income, savings and insurance coverage.

It’s not just the treatments that cause financial strain. Patients or parents of children with cancer often miss work or take on unexpected costs while traveling for care.

Shauna McLaughlin left her job as a dialysis technician the day her daughter, Madison, was diagnosed with leukemia. Doctors told the single mom that her 18-month-old would be hospitalized for at least a month.

McLaughlin lived for a while off credit cards, help from family and friends and income from odd jobs. But she fell behind on bills and eventually ran out of propane to heat her home in Massachusetts in the winter of 2012.

“You’re learning about cancer and … (chemotherapy) and all the side effects,” McLaughlin said. “People don’t understand that your whole life is falling apart around you as you’re trying to worry about those other things.”

McLaughlin, whose daughter has been cancer-free since December 2016, regrets brushing off a social worker’s offer to help. She eventually turned to the nonprofit Family Reach for assistance with several bills.

Doctors say patients should meet shortly after diagnosis with someone who can guide them on paying for prescription drugs and other financial matters.

Patients and doctors need to keep talking throughout treatment about their ultimate goal. Eventually, that may include discussing whether an expensive drug that improves a patient’s quality of life is worth the cost, said Dr. Ali Thaver of the University of Chicago Medical Center.

“There’s no black-and-white solution … and that’s hard, but just because it’s hard doesn’t mean it shouldn’t be done,” Thaver said. 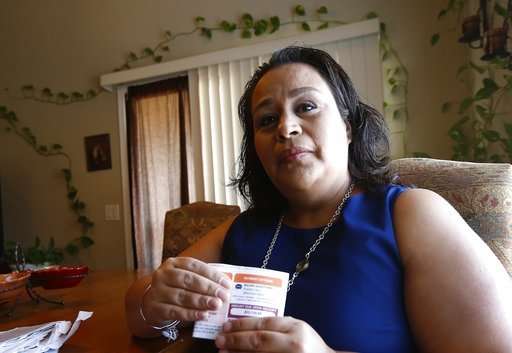 Most hospitals and cancer centers offer some help for patients facing financial challenges, and many are bolstering the assistance they provide. That help might include a counselor who finds drug coupons and connects patients with charities, or a financial planner who helps people scrutinize their income and debt levels.

Dan Sherman, a Grand Rapids, Michigan-based consultant, has helped launch some 35 patient navigation programs in U.S. hospitals in the past six years to help people deal with problems like high deductibles or find better insurance coverage based on their prescriptions and medical needs.

Sherman noticed last year that one of his patients had surgery scheduled for Dec. 29. He arranged for it to be delayed a few days until after the patient’s coverage reset. That saved her from having to pay a $5,000 deductible for the surgery and then face a fresh deductible in the new year.

“This concept is let’s try to fix the problems before they actually develop,” he said.

Rizo, the 39-year-old Phoenix breast cancer patient would have welcomed more help. She didn’t know that disability pay would amount to only 40 percent of her income when she went on leave from her job processing pre-authorization treatment requests for a health insurer. She also didn’t realize she’d have an insurance coverage gap before qualifying for the government-funded Medicaid program for the poor.