It's Rosalía's melodic voice and unique flamenco-pop sound that has earned her several awards, including three MTV Video Music Awards and eight Latin Grammys. But the way she consistently stuns on and off the red carpet with flawless makeup and statement-making manicures has commanded our attention, too. The singer-songwriter definitely knows how to create a beauty moment, but over a Zoom call, she tells Allure that it's actually her skin-care routine that she's been focused on most during the pandemic.

"I think that during quarantine, I got a little bit more disciplined [with my skin-care routine] because I had more time," Rosalía shares. Her regimen is pretty simple. She likes to cleanse her face with Biologique Recherche's Lait U cleansing milk because it doesn't dry out her skin. Then, she follows up with some light chemical exfoliation. (A lot of the chemical exfoliants she's tried have ended up irritating her skin, but not Biologique Recherche's Lotion P50 1970, which she swears by.) "It's so good," she says. After that, she finishes her routine with serums and a moisturizer.

Even though Rosalía has been giving her skin more strict attention, she still loves having fun with makeup. For an everyday look, she keeps it fairly simple with concealer, specifically MAC's Studio Fix 24-Hour Smooth Wear Concealer, and a little bit of red lipstick. She's been using MAC's iconic Ruby Woo since she was 16.

"I think this was the first thing I bought from MAC," she shares. So it was surely a surreal moment when the brand tapped her for the 2020 Viva Glam campaign to create her own lipstick and named her as a global ambassador.

Of course, she loves every product, but Rosalía definitely has a sweet spot for the red matte bullet Lipstick she created called Rusi Woo. 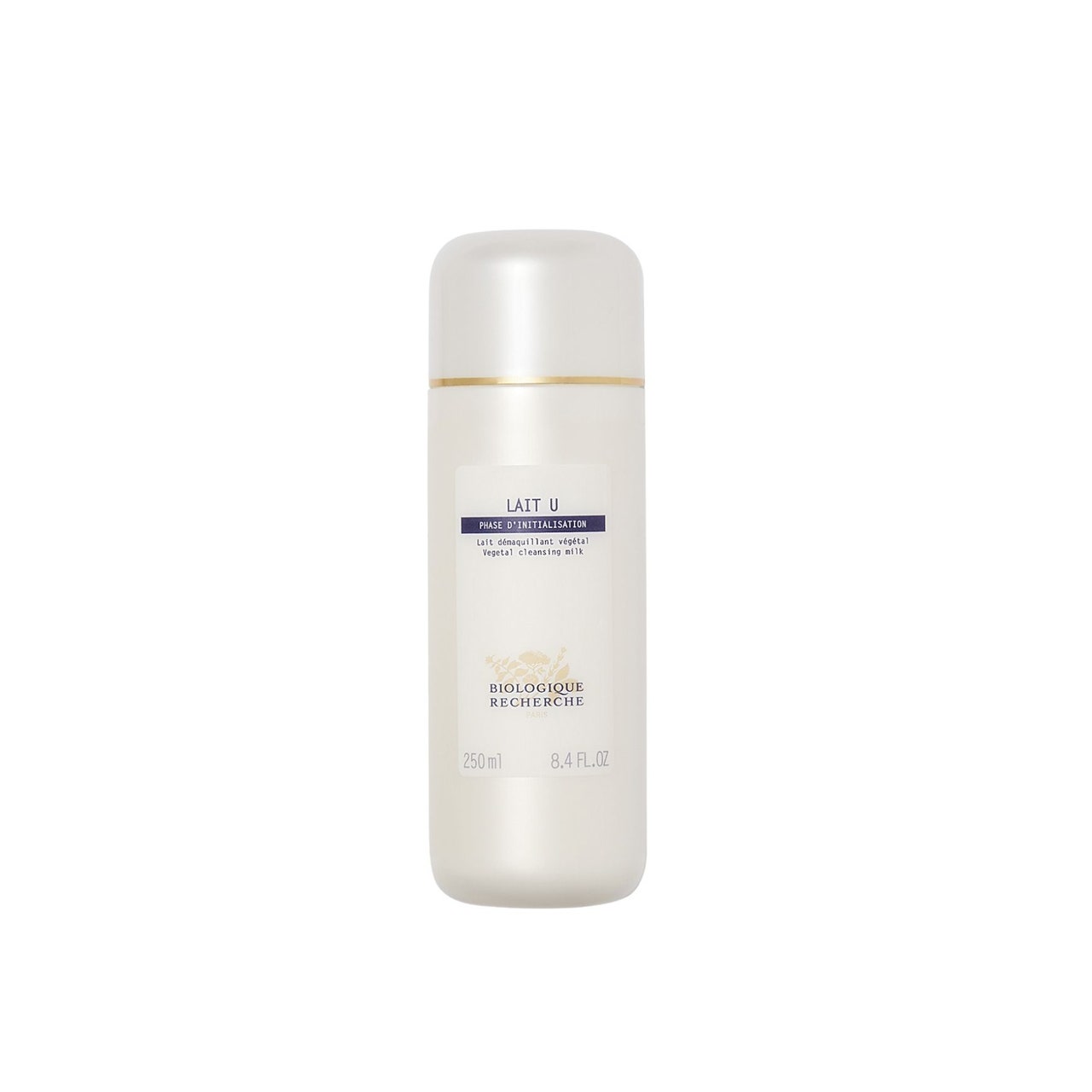 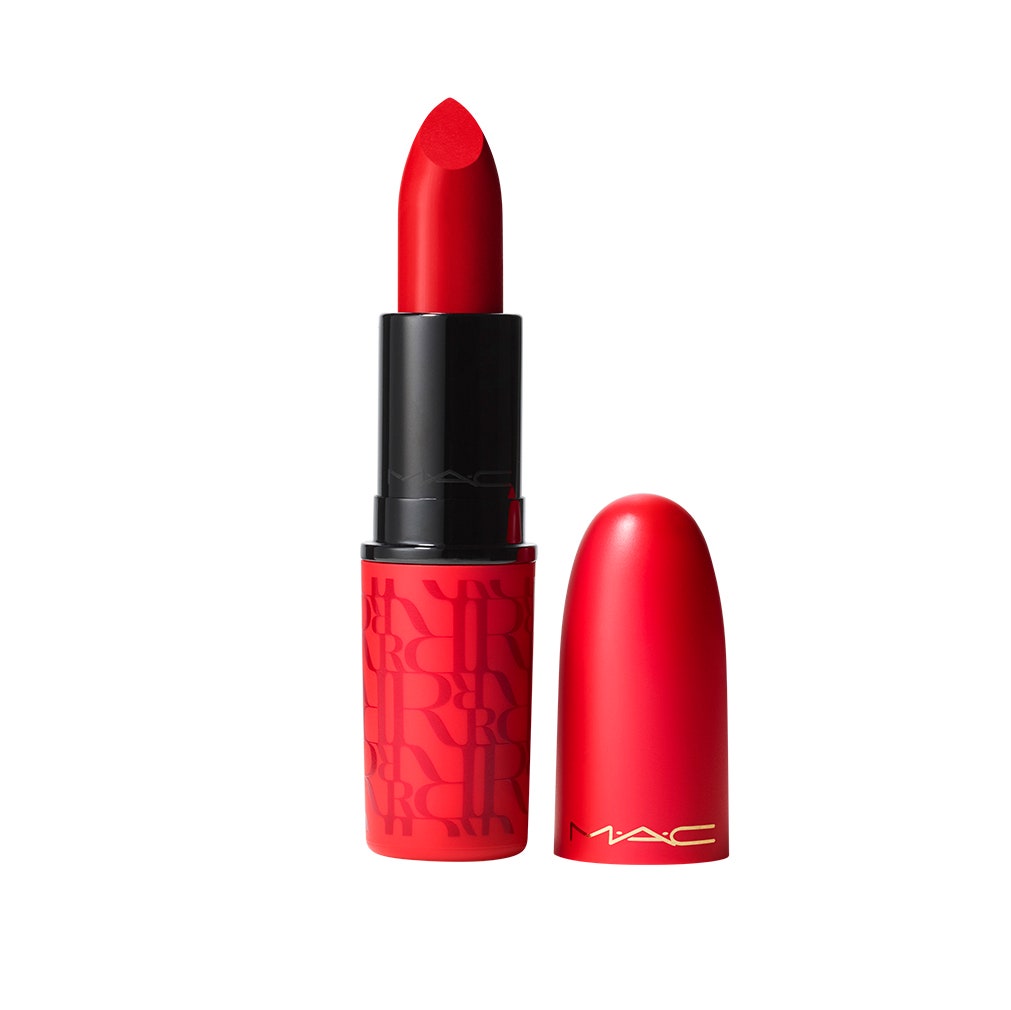 She likes to use it in quite a few ways, but her favorite technique is a tip she learned from makeup artist Javier Ceferino. "He applies just little touches on the center [of the lips] and uses a soft brown pencil to line the lips," she explains. "But he blends the red and the brown, so he gets the best, most natural tone for your lips." Sometimes, he tops it off with Lipglass for a glossy effect, which Rosalía loves.

Though Rusi Woo and Ruby Woo are lipsticks, she loves how she can use them both if she needs pigment on the eyes or cheeks. With a brush and a little bit of blending, you can create a pretty blush or eye shadow. "Sometimes in my day-to-day, I cannot carry everything in my bag, but I will always have the lipstick because I can use it in many different ways," she shares.

On the red carpet, Rosalía may pull out all the glam makeup and interesting nail art, but for her day-to-day routines, she likes something more subdued, especially when she's working in the studio. While she's known for her eye-catching nails, which are usually long as hell, sometimes they can get in the way if she needs to play an instrument or work with certain recording equipment. 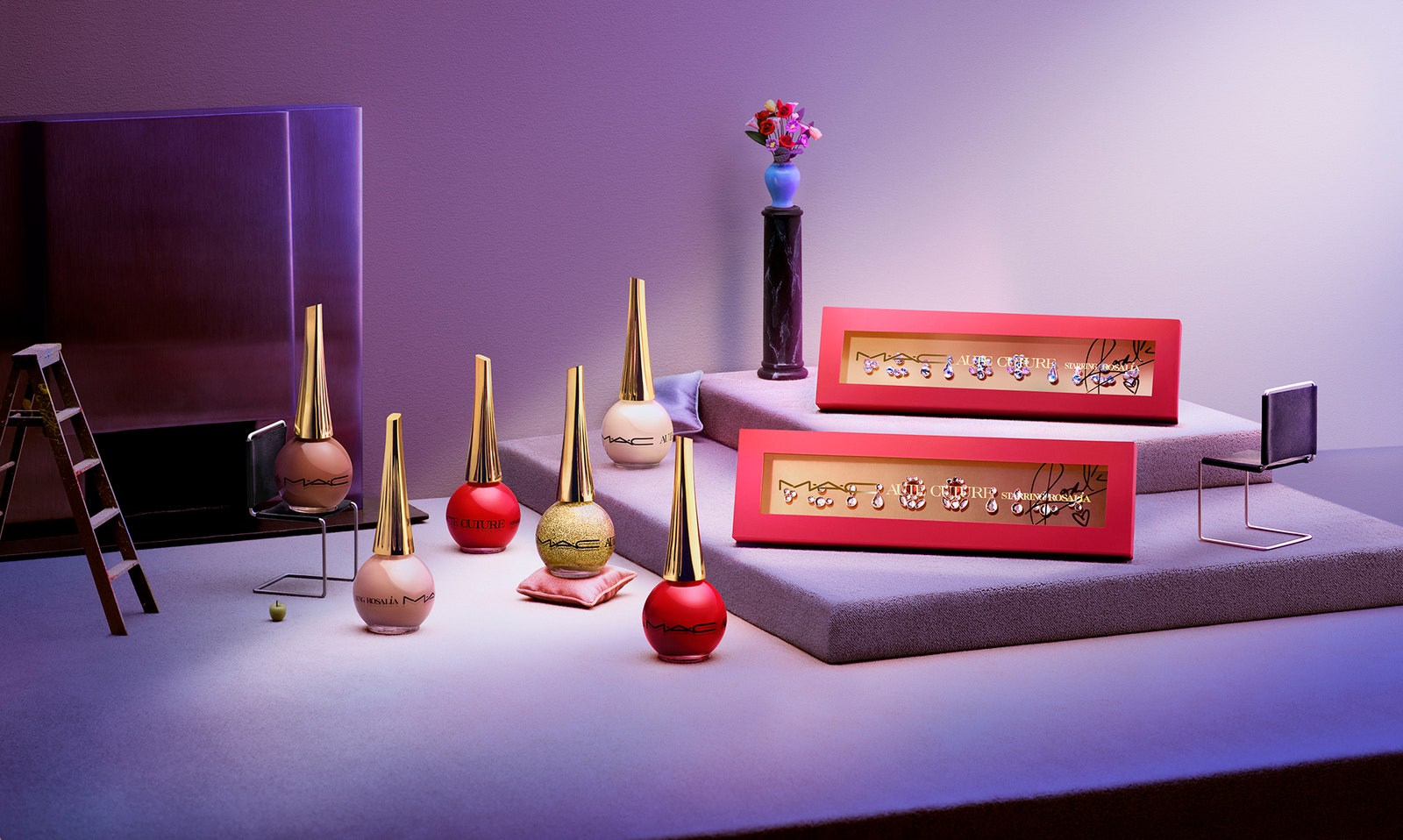 So on those days, she'll work with her natural nails and a nude nail polish. She likes the Anís shade in the collection because it "makes sense with the mood." If she wants to spice it up, she likes the MAC nail stickers that come with pretty jewels. "I love that maybe I can put some stickers on the nails and that can be everything," she shares. "Or even if I go out to have dinner at night, instead of wearing jewelry, I will wear shiny stickers on my nails."

When she's having fun with long nails, ballerina and stiletto shapes tend to be her go-to. But she really loves all kinds of shapes — especially uniquely sculpted ones. One of her favorite manicures was a 3D clear set (shown below) that nail artist Soji Nails created for the "La Noche De Anoche" music video where Rosalía starred alongside Bad Bunny. 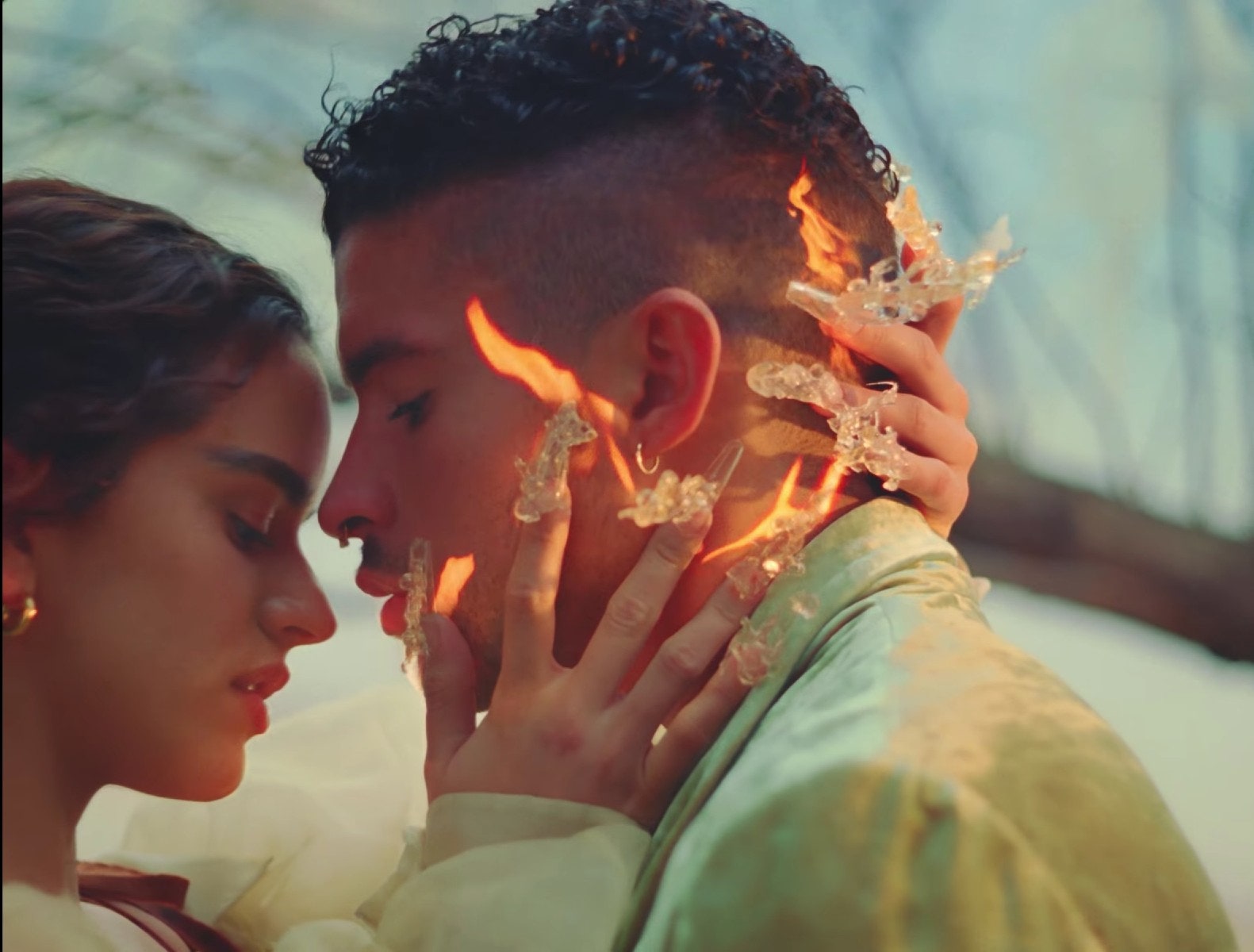 Whether she's strutting on the red carpet in full glam attire or just chilling in the studio with a hint of Rusi Woo on her lips, the international star will turn out a look, and, of course, we will be tuned in.

To purchase any of the six products from the MAC Aute Cuture Starring Rosalía, which range from $21 to $50, head to maccosmetics.com. 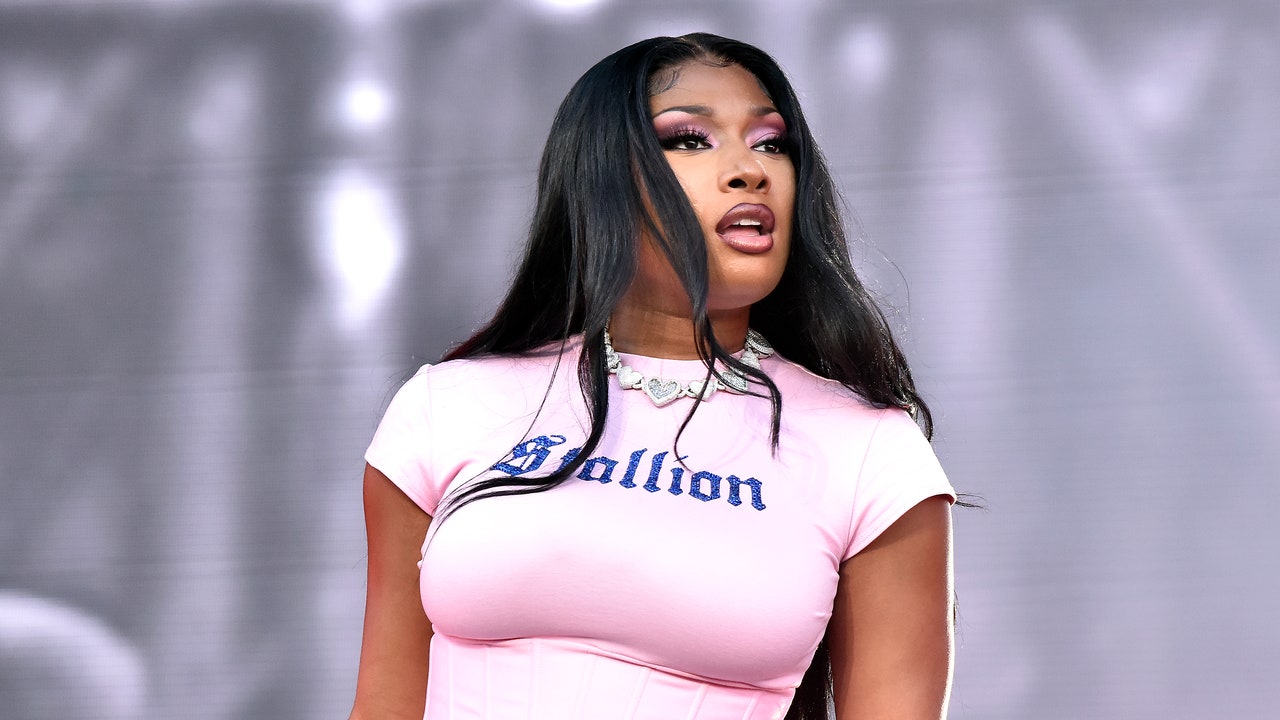 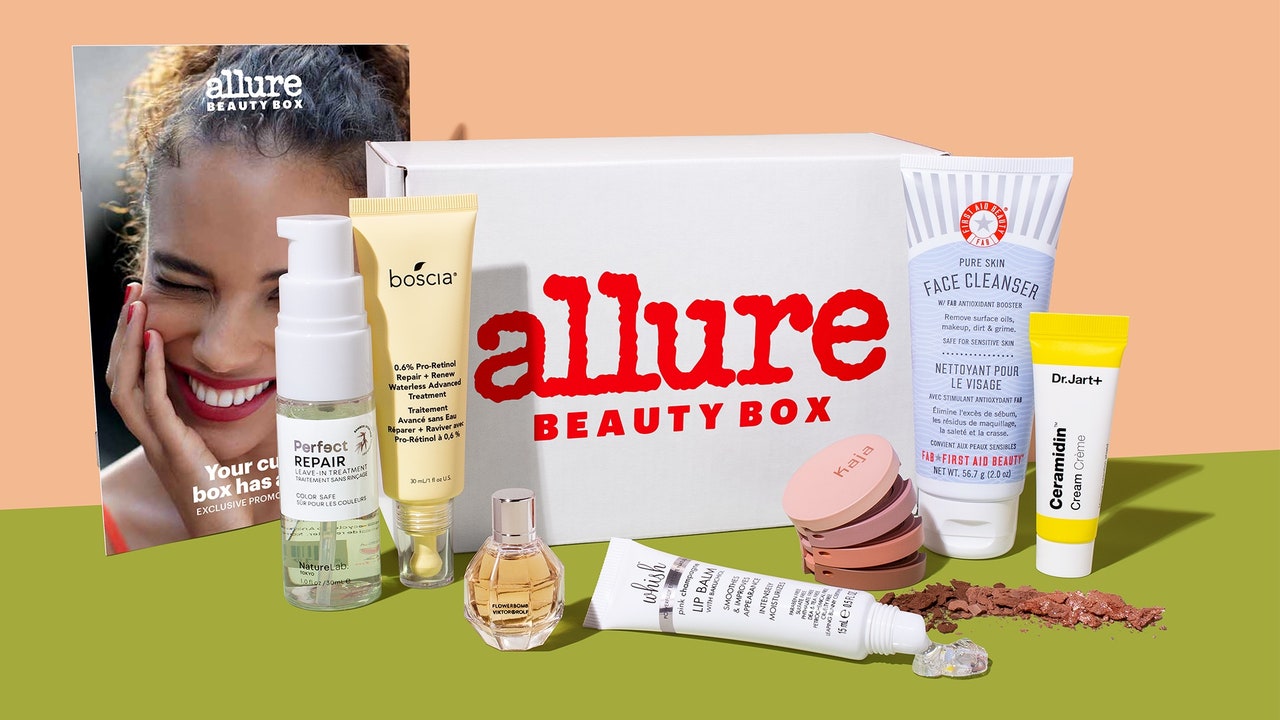