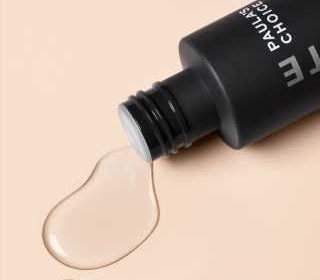 Paula’s Choice is launching with Sephora.

This is the first major beauty retail expansion for the direct-to-consumer brand, which launched in 1995. Paula’s Choice was founded by Paula Begoun, an early advocate for transparency in beauty product formulations and education around personal care ingredients.

Paula’s Choice will launch online with Sephora in February with 27 products. The brand is already in a small number of Nordstrom doors, and the Sephora rollout is its first major move into beauty retail, said chief marketing officer Erika Kussmann.

“It is our first full chain launch with a major retailer,” Kussmann said. “We are primarily a d-to-c brand, we have been from the very start. We’re the largest, we believe, skin care d-to-c brand in the world and in the U.S.”

Kussmann said that Paula’s Choice has seen “exponential growth” over the past few years. Customer acquisition was up three times, and sales doubled, she said. The brand has also done well on social media, garnering a following on Reddit and on TikTok.

“We’re approaching [the Sephora launch] strategically where we’re thinking about the awareness and the trial that launching in a major retailer, what that confers,” Kussmann said. “It just gives such an opportunity for the customer to learn and discover.”

Kussmann said she could see shoppers picking up Paula’s Choice hero products in store, where they will be displayed on Sephora’s Skin Care Favorites wall, and then continuing to branch further into the brand via the larger online assortment. She described the sales Paula’s Choice expects from the Sephora launch as “nominal” compared to the brand’s continued momentum online.

“The really great thing about d-to-c, working digital, is you have a very clear sense of the potential market and you can identify really high-potential audiences of people who haven’t been introduced to the brand yet,” Kussman said. “That gives you this idea of runway, and we know that there’s so much more ahead there.”

Right now, Paula’s Choice has a big U.S. operation, but an even bigger international reach — Kussman said slightly more than 50 percent of the brand’s sales come from international markets, with strength in Europe and Asia. The business now owns its European and Korea operations, which Kussman said are growing.

Paula’s Choice is backed by private equity firm TA Associates, which invested in the business in 2016, and Bertram Capital. At the time of the TA deal, the company was said to have about $70 million in net sales. Industry sources estimated that Paula’s Choice will reach about $300 million in sales for 2021.

For more from WWD.com, see:

Here’s Where Beauty Stands in Its Progress Toward Racial Equity