Jones Road's New Skin-Care Products Made Me So Freakin' Dewy

When we spoke to legendary makeup artist Bobbi Brown earlier this month about how things were going with her new minimalist, clean makeup line, Jones Road, we were thrilled to learn that she's planning to launch new products nearly every month this year. It wasn't until after our interview that we learned those launches would turn Jones Road into a minimalist, clean skin-care line, too.

Some of the products that have been introduced by Jones Road in its first four months — like my personal favorite, the tinted, multitasking Miracle Balm — are arguably makeup/skin-care hybrids. But the four new products that launched this week are decidedly, undeniably, straight-up skin care. Brown meshed her expertise with a team of talented chemists to come up with formulas that, true to her famous low-key vibes, "are simple but thoughtful, and they use clean ingredients to hydrate the skin," she said in a press release. "Just like makeup doesn't need to be complicated, neither does skin care."

I was fortunate enough to get to try all four new Jones Road skin-care products: Miracle Cream, Eye Cream, Hippie Stick, and the only one to have been officially bestowed with a capital-T The, The Oil Stick. And while it's too soon to report any long-term impact these formulas have made on my skin, I have capital-T Thoughts on their early impressions.

I realize there's already a product in the line called Miracle Balm — the lip/cheek/eye tint I mentioned earlier — but Miracle Cream is basically a full-blown balm. Made with some of the most moisturizing ingredients nature has to offer — like shea butter, avocado oil, and sunflower oil — it's ideal for the driest skin types. Mine happens to be combination, though, so I used it sparingly, pressing my finger into the solid, opaque, white formula, warming it between my hands, and spreading it over my face.

My often-reactive skin greeted the fragrance-free "cream" without redness, and the corners of my nose were especially appreciative of the portion they got. I even applied it to my lips, which I can't say I often do with facial moisturizers. If I wasn't dewy before, I definitely was after an even layer had absorbed into my skin. 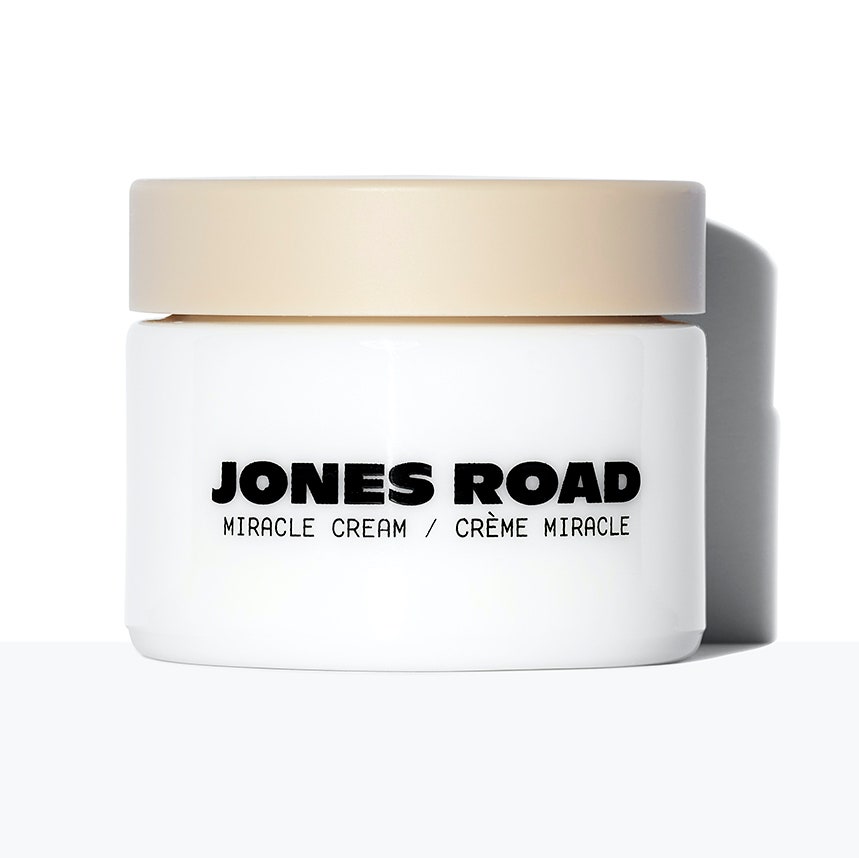 The line's simply and aptly named Eye Cream is, by all means, a cream — one that's simultaneously rich and light. Steeped in macadamia seed oil, it glides on super — dare I say super-duper — easily, and it was immediately apparent that a little goes a long way. What I initially applied under my eyes ended up being shared with my lids and brow bone. 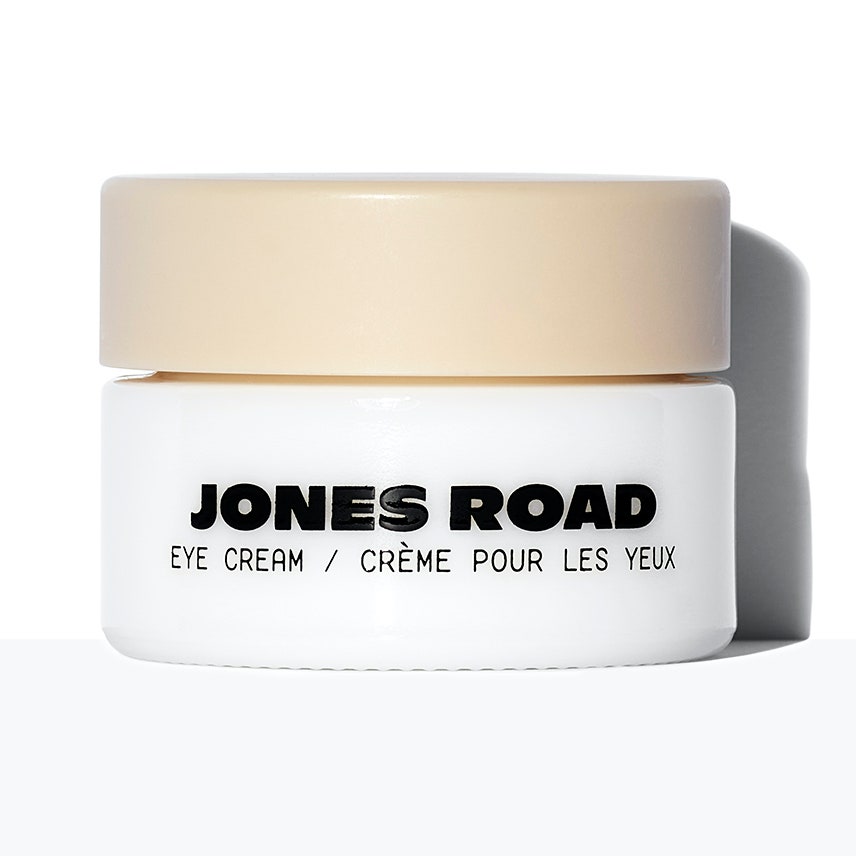 Although the Miracle Cream feels borderline-occlusive, I decided to use The Oil Stick as I would use any non-stick facial oil: atop my moisturizer (as we've established, Miracle Cream in this case) to help seal in all the goodness.

The Oil Stick became my favorite of the four products simply because of the presentation. The translucent, pink, dome-topped stick is reminiscent of a Push Pop, and the format makes it incredibly easy to bring along a face oil wherever you may go (whenever going places becomes a thing again) without worrying about spills. And the application process is a truly enjoyable experience; slick but not slimy, the stick lightly slides across skin, leaving a veil of glowy, non-heavy moisture.

It's the emollient apricot, rosehip, sunflower, and jojoba oils for me. "Jojoba oil mimics the composition of sebum, so it's similar to your body's own natural oil," board-certified dermatologist Jeannette Graf previously told Allure. 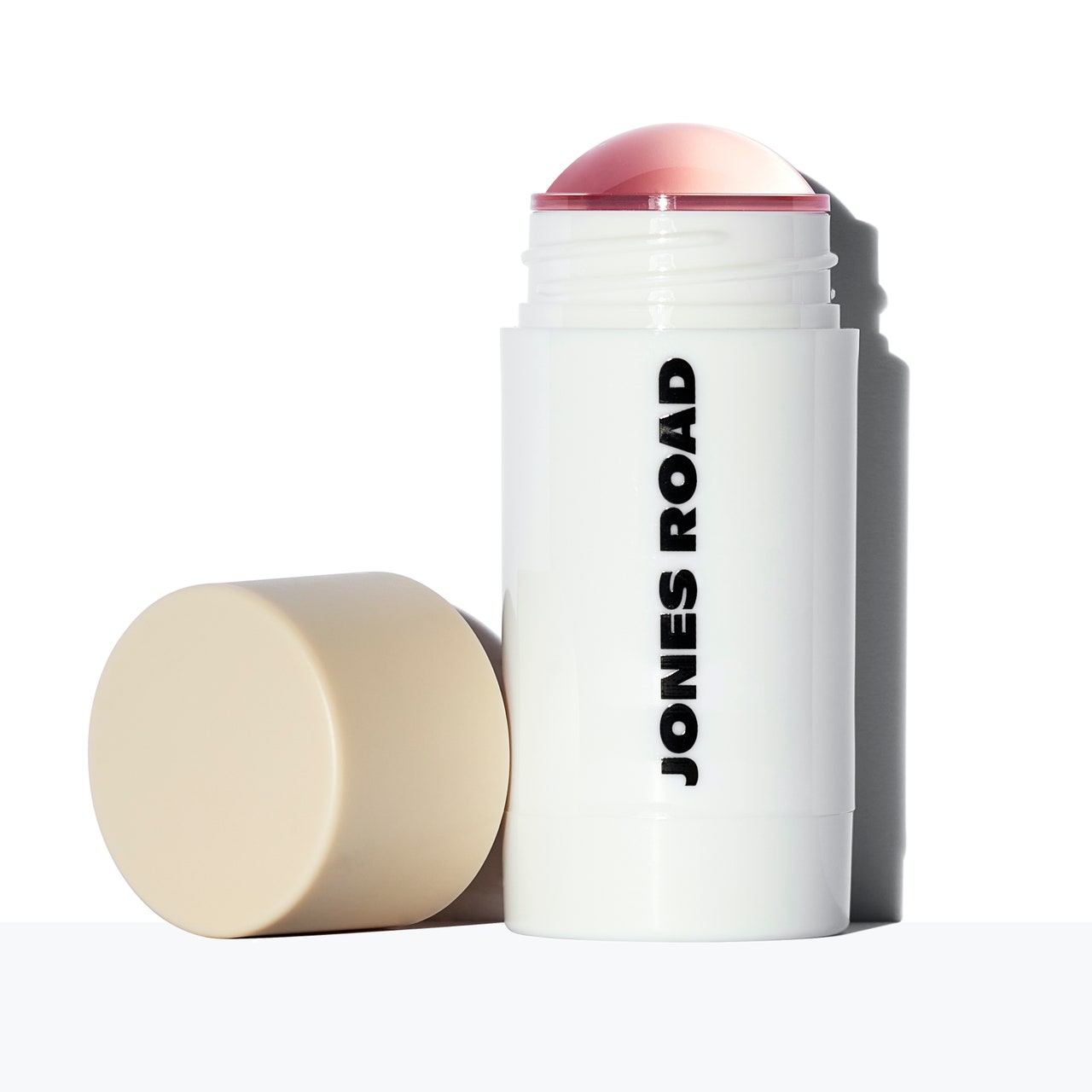 Hippie Stick Everywhere Balm, or Hippie Stick as its friends call it, has that "this guy I know's cousin makes her own skin-care products in her kitchen" feel to it. Unlike the other three products, it has a noticeable fragrance that results from some of its ingredients, like spearmint leaf and lavender oils.

Although one of the locations "everywhere" refers to is the face, I decided to use the Hippie Stick on my elbows, the backs of my hands, my heels, and over the tattoos on my forearms. Can something feel delicious? Because this somehow does. Sunflower seed oil, shea butter, and coconut oil — which board-certified dermatologist Robert Finney has told Allure is a "great moisturizer" because of its fatty acids — not only impart protective moisture, they also ensure that the act of application itself goes literally smoothly, never dragging or snagging as you spread it across your skin. 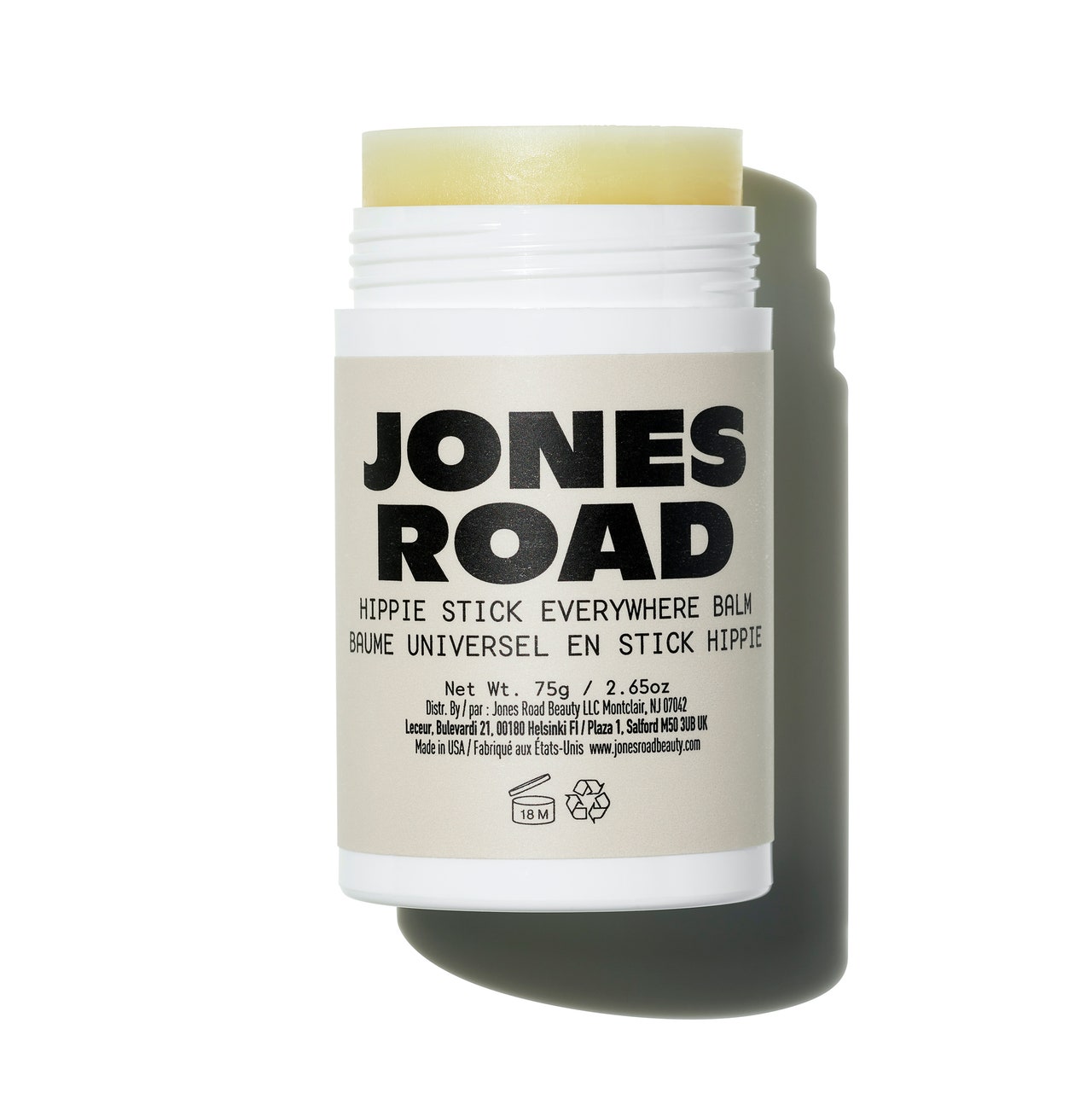 Technically, Hippie Stick can be used on hair, too, and at this rate, I wouldn't be surprised if it becomes the gateway product to Jones Road hair care. (Bobbi, are you reading this? Two words: Yes, please.) But until then, Jones Road's first expansion beyond makeup is a deeply satisfying, deeply moisturizing one.

Jones Road skin-care products are available for $26 to $38 exclusively on jonesroadbeauty.com.