When I saw my friend Jackie friend post about going dumpster diving, aka the practice of obtaining food from trash dumpsters, my first thought was: What new hell are we going through in this country where regular moms are dumpster-diving to feed their kids?

But then I saw: Jackie wrote in her post that her food bill for the month of February, for her family of three, had been a mere $14.28. That’s a far cry from the $350-plus monthly that my household of four spends on food. So SheKnows spoke with Jackie to learn more.

“When we began dumpster diving, the goal wasn’t financial; we simply couldn’t bear the thought of perfectly good food going to waste,” Jackie explains. “Given the amount of energy it takes to grow, harvest, process, package, and ship the products we consume, having them end up in landfill — especially when so many people are food insecure — feels criminal.”

She’s right about the waste. According to USDA estimates, roughly 31 percent of the food supply — that’s 133 billion pounds, equalling $162 billion dollars — gets wasted annually. There’s really no reason anyone in this country should go hungry. She went on to say that she understands that a lot of people may feel hesitant to dumpster dive because of the “ick” factor…That’s when I knew I had to speak to her because I was curious to know more- who doesn’t want to save money and do right by the planet?- but the “ick” factor was undeniably real.

She told me that while dumpster diving was always on her radar, it was the dumpster-diving documentary Dive! that really inspired her and her hubby to take the plunge. Now, 6 to 7 months later, you could say that they are pros, though it’s her husband that usually goes twice per week, wearing jeans, gloves and carrying a grab stick, while she stays home with their 10-year-old daughter.

So about that “ick” factor, how does she know the dumpster food is safe to eat? She says that you have to “use your judgement,” like with anything. “If a banana is split or a tomato is smooshed, we just use it for compost. Sometimes a whole carton of eggs will get thrown out because one egg is broken and they can’t sell it.” Everything they bring

home that doesn’t have a covering gets cleaned in vinegar and water and they’ve never gotten sick from anything they’ve picked up in a dumpster. In fact, diving has changed the way they eat and cook in many ways. For instance, Jackie says that she wasn’t a big cooker before, but now she finds it fun. “You never know what you’re going to get. I’ve made some great dishes with foods like steak, shrimp and bacon that we wouldn’t normally buy.”

It’s not just her family that benefits from their diving expeditions, they often end up giving food away to friends because there’s just so much. And in case you’re wondering, the recipients do know that the food comes from dumpsters. It makes me wonder if she’s ever felt judged or received any negative feedback from friends.

“If I have, I don’t know about it,” she says, adding that even her daughter is onboard. “She loves that we have enough to share with others. It gives her a sense of pride.” That’s awesome because our kids are usually the ones embarrassed by some of our actions, and it would seem that getting food from a dumpster would be one of them. While they’re not trying to convert anyone to this lifestyle, she has been surprised by some friends who have been inspired to give it a try because of them. And during this past lent, she and her husband spearheaded a ‘fasting from food waste’ group that included some members of their Raleigh Mennonite Church who picked up dumpster diving and continued even after lent was over.

Now I’m curious about other moms who dumpster dive so Jackie gives me the number to her friend Corey, a married mom of two, who dives for furniture and other household items. (Silly me, I thought people only dived for food!) Corey’s story is a little different than Jackie’s because she started diving about 10 years ago as a “broke” newlywed. She would be watching DIY projects on youtube and dumpster diving videos would pop up. Eventually, she gave it a shot.

“I was mostly struck by the minivans and suburban moms on the trail,” says Corey, of her first few dives. It didn’t take her long to come up with a system. She kept a “kit” in the car, which included a pair of gloves and a stick to grab things, and she and her husband would pack up the kids and make their rounds. She’s been amazed at some of the things she’s gotten over the years that include patio furniture, a floor-to-ceiling mirror and her favorite Kirkland items. But there’s also practical finds like paperclips, medicine and baskets from craft store Michaels that seasonally dumps a lot of inventory.

Though she doesn’t go diving as much now that her kids are older, she does drop by at least once a month, and suggests that anyone interested in giving it a try should go at night, when the stores are closed. You may also want to take a partner. Though it’s not illegal to dumpster dive, avoid places that have a ‘No Trespassing’ sign. There’s also an etiquette, if someone is there first, wait your turn. Like Jackie, she’s also gotten enough stuff to give to others. She helped furnish her Aunt’s home, donated lots of toys for Christmas, and once found her husband the perfect polo jacket. “There’s always something to be found. You know, we’re such consumers that I think we just want to buy things, when we don’t have to. I actually find a sense of pride with dumpster diving. I feel resourceful.”

After talking to both moms I definitely see dumpster diving in a new light, and may even give it a try one day. If anyone is thinking about it an excellent resource is Frugal Mommy, who takes you on her diving expeditions via YouTube. And there are tons of dumpster diving groups on Facebook, where women are always looking for a dive buddy. Good Luck!

To reduce your own waste, try these products that help food last longer. 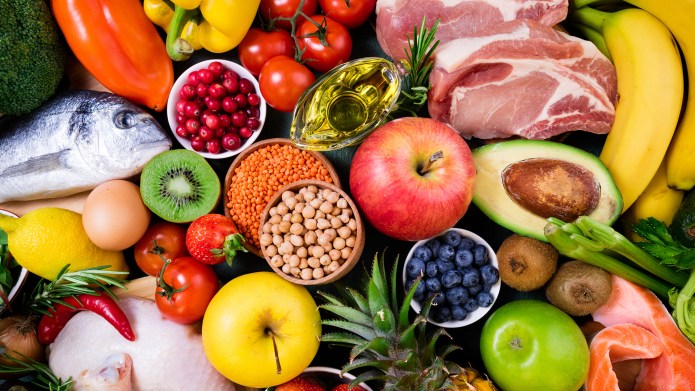 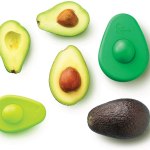 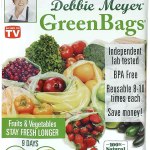 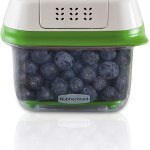 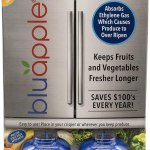