So Long, 'Granny' — Here Are the Non-Boring Grandparent Nicknames You Need 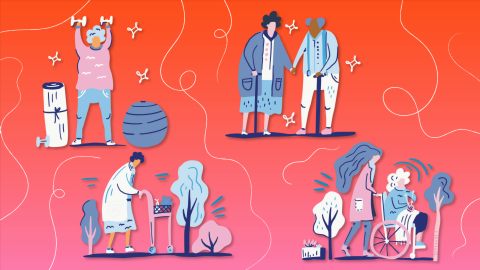 Grandparents’ Day only arrives every September, but isn’t every day an opportunity to celebrate our parents’ parents? After all, we’re pretty sure there isn’t anybody quite like them out there. And don’t they deserve a nickname that’s as original as they are?

Maybe your kids’ grandparents are chic, stern, or goofy — but whatever they’re like, they’re more than likely hella wise. Because grandparents have been around the block more than once, which also means they can give fantastic advice — even when it’s the unsolicited kind. After all, isn’t “grandparenting” all the connection, excitement and love they had with their own kids without the stress? One thing that’s not super-fun about grandparents? Feeling the pressure to come up with something else to call them — you know, a grandparent name that’s not “grandma” or “grandpa” like seemingly everybody else.

But luckily, those aren’t legally binding names (surprise!). And just because a grandparent name is popular doesn’t mean you need to join the trend (the most popular grandma name in Hawaii, for example, is “mama,” which might be somewhat confusing if that’s what your kid already calls…you). The good news is that you, your kids and your parents can collab on a set of perfect grandparent nicknames everyone loves. Here are some ideas — from the worldly to the wacky. 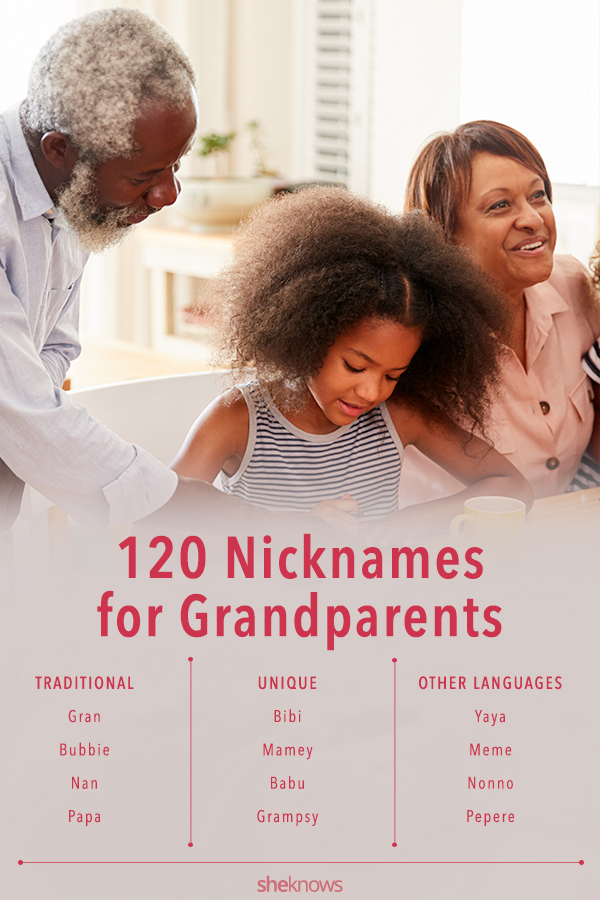 A version of this article was originally published in November 2015.

For more fun with wacky names, here are the weirdest celeb baby names we wish we’d thought of first.