In it together! Meghan King Edmonds tried oxygen therapy with her 13-month-old son, Hart, after his brain damage diagnosis. 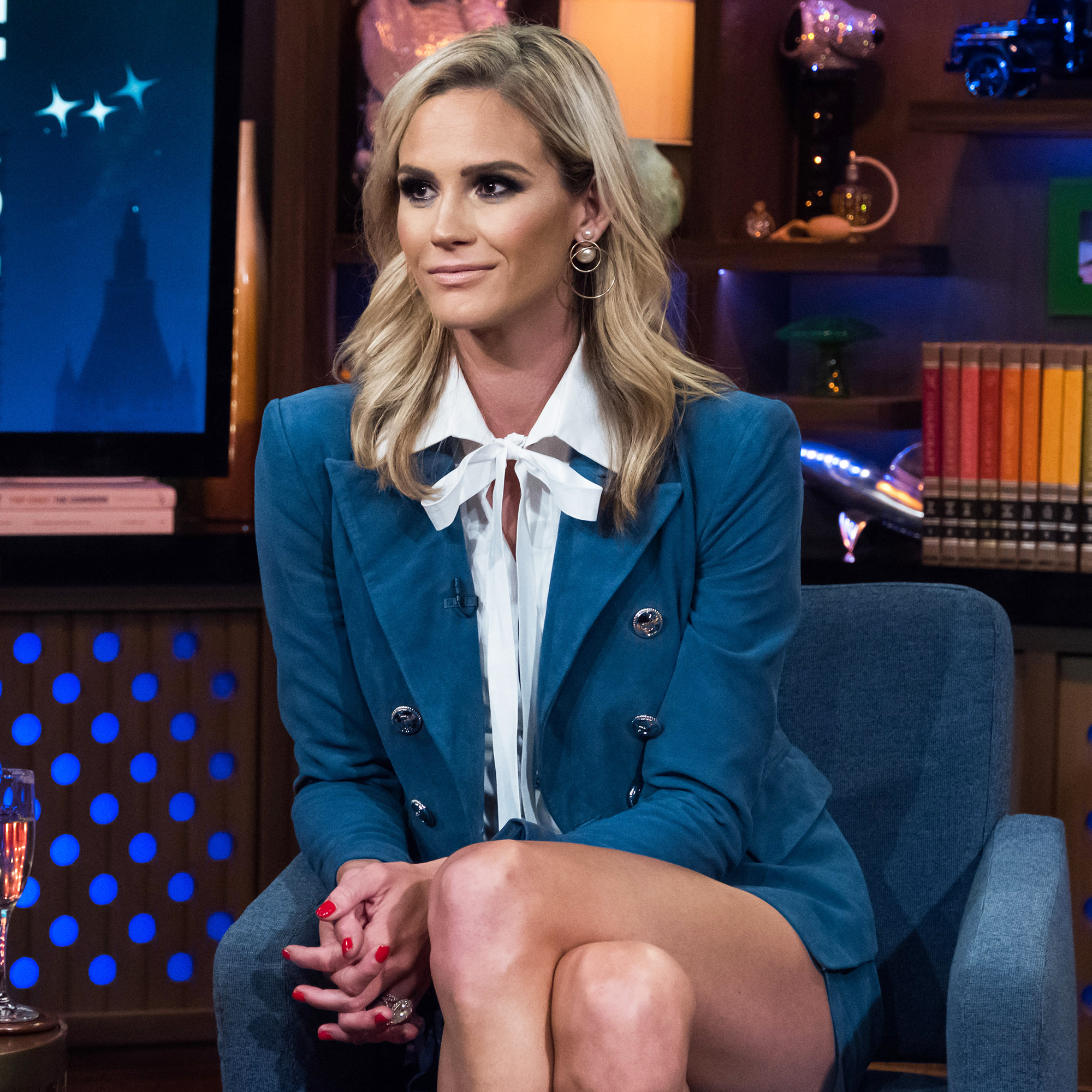 “Hart and I are taking our first dive in a hyperbaric oxygen chamber,” the Real Housewives of Orange County alum, 34, captioned her Wednesday, July 17, Instagram Story. “The goal is with repeated and regular ‘dives’ his brain cells get so much oxygen/life that they ‘awaken,’ loosen his tight leg muscles and allow the neuropathways to fire away!”

The former reality star showed off the inside of the “tent” she had to keep her toddler entertained in for an hour, saying, “SOS!” She went on to write, “Not much space! But we did it! First dive complete, 50 minutes in this tight space with a 13-month-old. Day one takeaway: Less hard toys when your baby loves to throw balls at your face from a distance of 3 inches.” 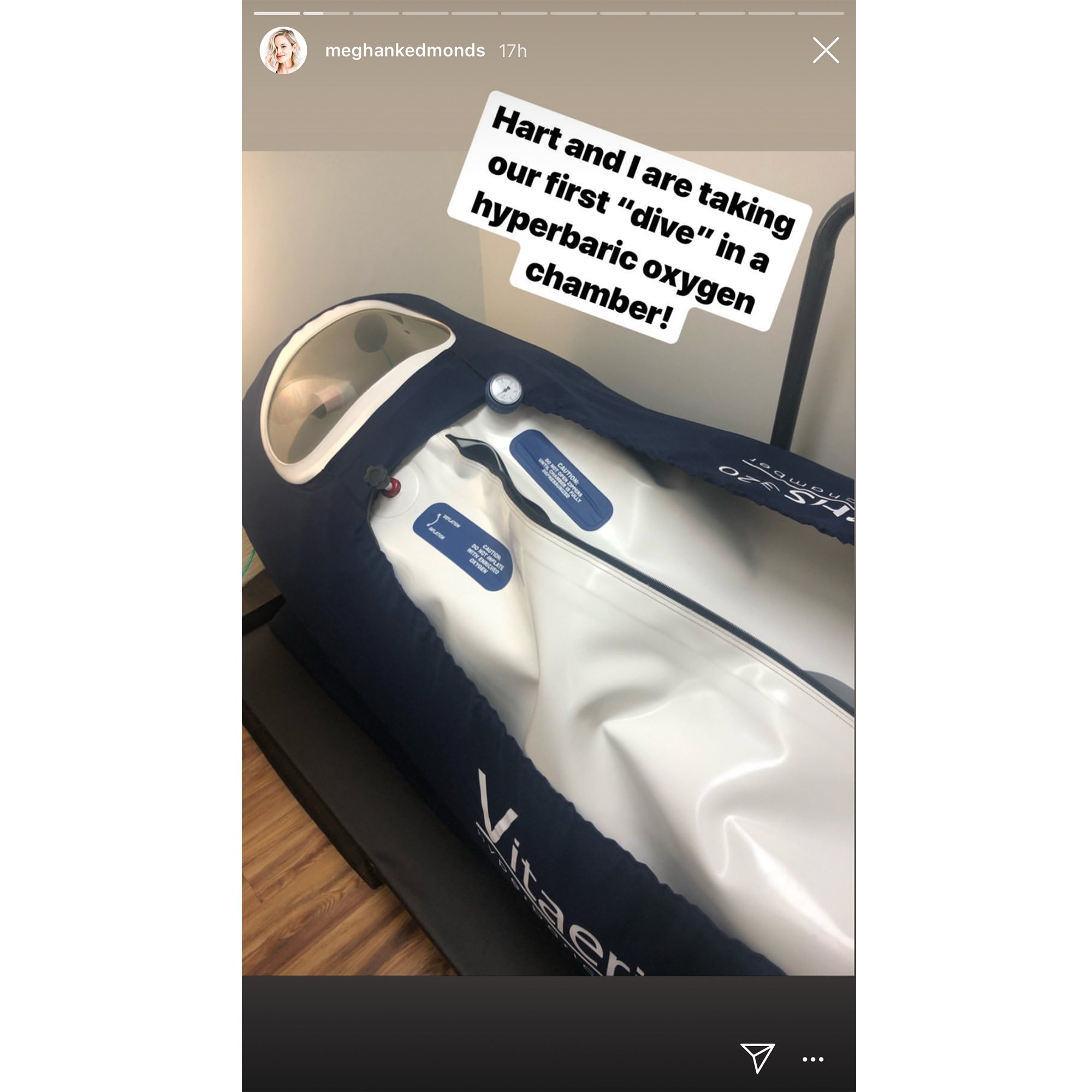 Last week, the former Bravo personality shared a video of her son’s chiropractor visit and physical therapy session. “Hart loves this swing at PT!” Edmonds wrote on Friday, July 12. “It helps him build his abs and stabilize his core to ultimately give him better balance and strength.”

She and her husband, Jim Edmonds, welcomed Hart and his twin brother, Hayes, in June 2018. They joined older sister, Aspen, 2.

Earlier this month, Meghan revealed in a blog post that Hart had been diagnosed with “irreversible brain damage.”

“Hart has minor Periventricular Leukomalacia on both sides of his brain (namely the white matter), but more so on his right,” she wrote at the time. “[The doctor] said that this explains all of my concerns: the rigidity in his muscles, the (somewhat) delayed physical milestones, the lack of fluidity with arm and leg movements, the stiffness in joints, the weakness in his lower back, the somewhat favored use of his right side.”

This came one month after news broke that the former professional baseball player, 49, had exchanged inappropriate text messages with a woman named Jennifer McFelia Villegas.

“I only blame my husband for his actions: he made the choice to betray my trust and jeopardize our marriage,” Meghan told Us Weekly exclusively at the time. “His recklessness also allowed this woman to profit from my heartbreak — but now that her name is out there, she won’t be able to shake down any other families as I rebuild mine.”

Her husband told Us in a statement: ““Regrettably, I had a lapse in judgment. I engaged in an inappropriate conversation with this person. At no time was there any type of relationship or physical contact. Absolutely none. This is someone trying to profit from my name. I am aware she has done this to others in the past.”