Whatever works! Gabrielle Union and Dwyane Wade got their 8-month-old daughter, Kaavia, to behave at her first big red carpet in the best way.

“We gave her a stern talking to in the car,” the former professional basketball player, 37, joked to Us Weekly at the Nickelodeon Kids’ Choice Sports Awards 2019 on Thursday, July 11.

When his wife, 46, said that they “bribed [Kaavia] with puffs,” the athlete explained, “She loves the puffs so we gave them to her right before she got out of the car.” 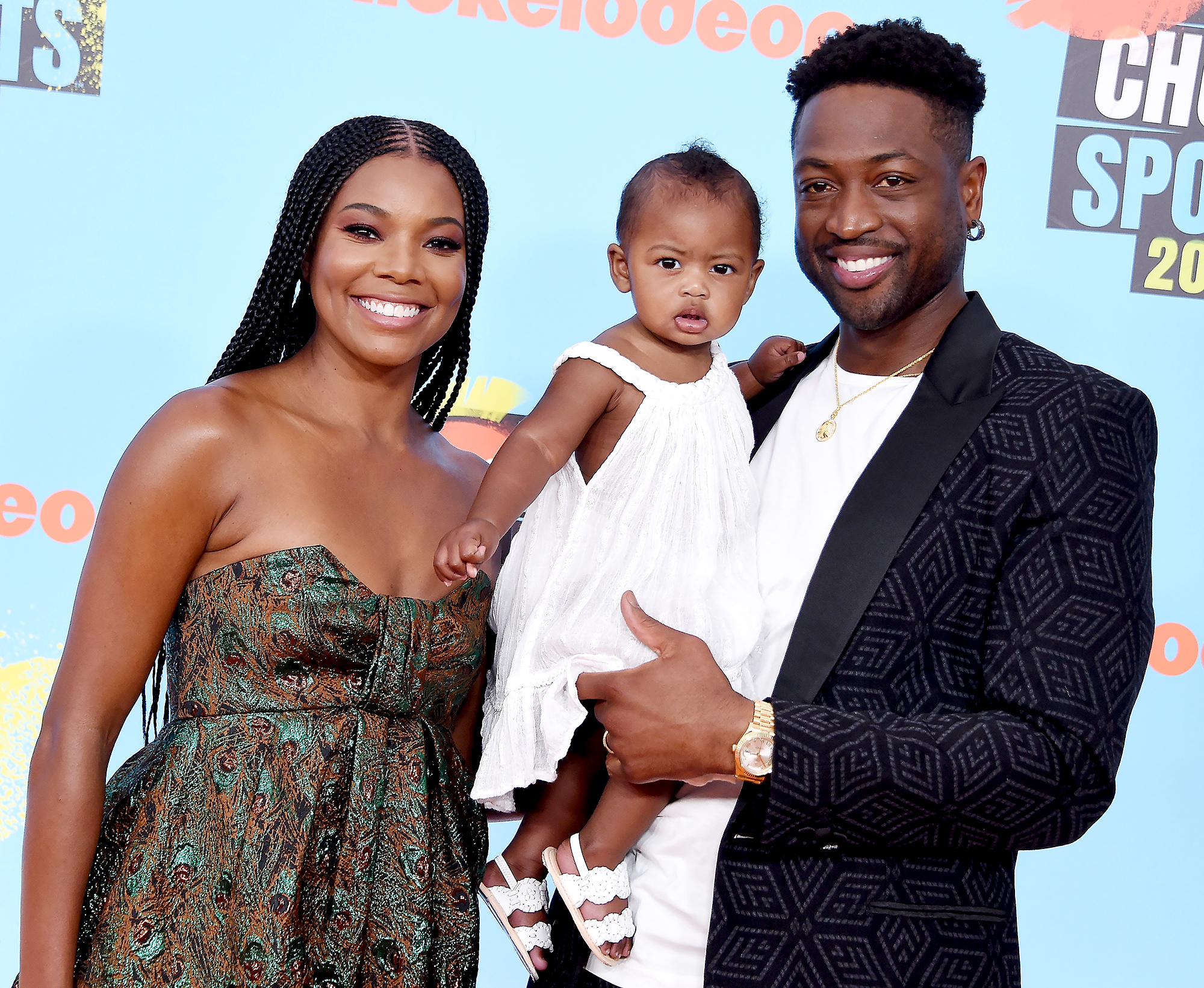 As for Kaavia’s personality, the former Miami Heat player told Us, “[She] looks like me, acts like [Gabrielle]. She has a whole personality. She’s very particular about everything just like her mother, very particular, but I love it because she lets you know who she is and what she wants, what she don’t want. It makes it easier for me to be like, ‘Oh, you don’t want that? Cool.’”

He and the L.A.’s Finest star welcomed their first child together via surrogate in November 2018. Wade also has Zaire, 17, Zion, 12, and Xavier, 5, from previous relationships.

“We are sleepless and delirious but so excited to share that our miracle baby arrived last night via surrogate and 11/7 will forever be etched in our hearts as the most loveliest of all the lovely days,” the actress captioned her Instagram reveal after Kaavia’s arrival. “Welcome to the party sweet girl!”

This news came after the We’re Going to Need More Wine author opened up about her infertility struggles.

“I have had eight or nine miscarriages,” Union wrote in her 2017 memoir. “For three years, my body has been a prisoner of trying to get pregnant — I’ve either been about to go into an IVF cycle, in the middle of an IVF cycle, or coming out of an IVF cycle.”

She added, “For so many women, and not just women in the spotlight, people feel very entitled to know, ‘Do you want kids?’ A lot of people, especially people that have fertility issues, just say ‘no’ because that’s a lot easier than being honest about whatever is actually going on. People mean so well, but they have no idea the harm or frustration it can cause.”

With reporting by Christina Rath