Khloé Kardashian has been showing off the results of her hard work at the gym — and now she’s showing her followers how she stays hydrated even when she’s not working out.

Planning Ahead! Celebs Open Up About Freezing Embryos

The Good American cofounder, 36, revealed she is using a gallon-sized jug of water with markings that show how much should be consumed by certain times of the day. She starts at 7 a.m. with the “Good morning” line and ends at 9 p.m. at the “You did it” mark.

“I believe this is day four of my water journey,” she said on her Instagram Story on Monday, May 3. “So far, I’ve completed every day and I’ve finished this entire gallon jug.” 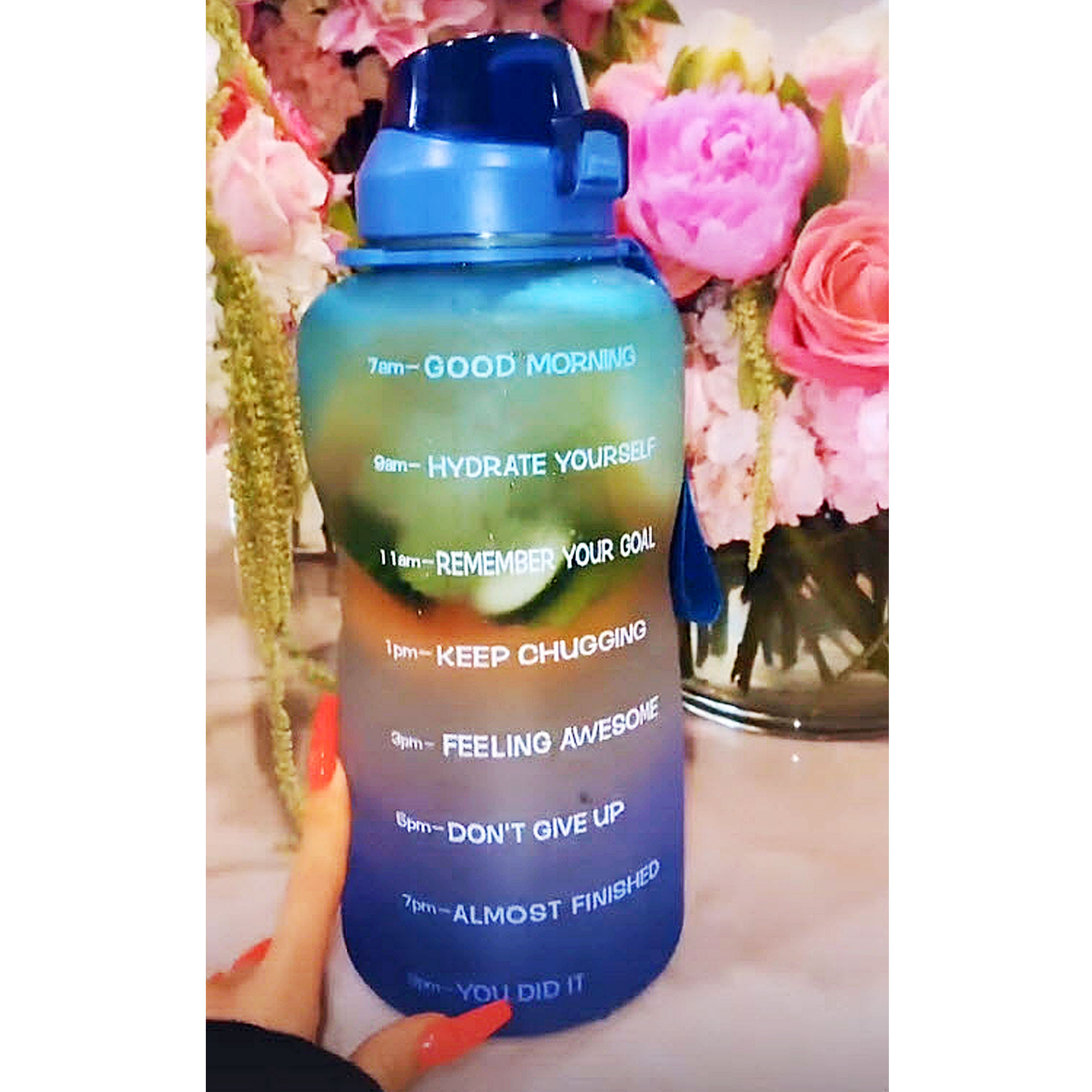 To add a little flavor and some antioxidants, the Keeping Up With the Kardashians star added a few ingredients.

“That’s fresh ginger, fresh mint leaves, cucumber, lemon and oranges,” she explained. “I was going to stop there but I did add a couple of grapefruit slices. So happy hydrating.”

True Thompson Is 3! See How the Kardashian-Jenner Family Celebrated

The Strong Looks Better Naked author must have had a case of the Mondays when she added her last ingredient. “I accidentally cut some grapefruit,” she elaborated. “It must’ve been too early because I thought I was cutting an orange — although they’re very different sizes, I know. …  I’m sure it will taste just as good,” she said. 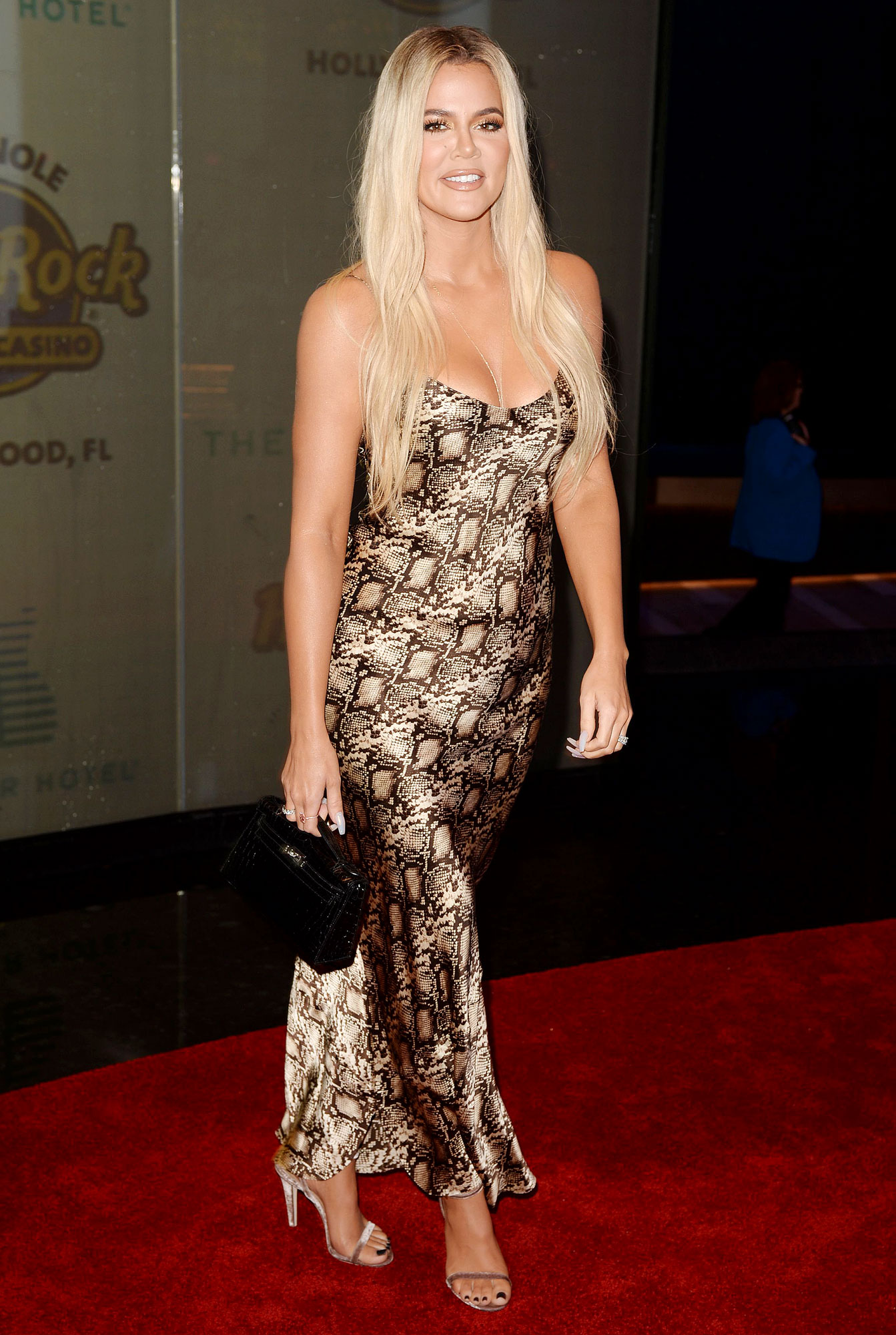 The mother of 3-year-old True Thompson previously shared an Instagram Story on Saturday, May 1, where she was wearing a blue sports bra and dark leggings, showing off her flat stomach while promoting her Dose&Co collagen.

The video came after Kardashian had a photo of her in a bikini wiped from the internet in April. The reality star addressed the controversy on Instagram Live, where she highlighted her unfiltered physique.

Everything the Kardashians Have Said About ‘KUWTK’ Coming to an End

“As someone who has struggled with body image her whole life, when someone takes a photo of you that isn’t flattering in bad lighting or doesn’t capture your body the way it is after working so hard to get it to this point — and then shares it to the world — you should have every right to ask for it not to be shared — no matter who you are,” Kardashian wrote in a statement at the time.

At least Kardashian can rely on her sisters to lighten up the mood. Kendall Jenner and Kourtney Kardashian recently pranked Khloé when they texted the family group chat to announce that Jenner, 25, was engaged. Khloé was the only one to believe the model was getting hitched to boyfriend Devin Booker, an NBA star.

“I was so excited,” Khloé said after the prank was revealed. “I was just disappointed [the ring] was a little big on your finger.”