Why only some post-stroke survivors can ‘copy what I say’ 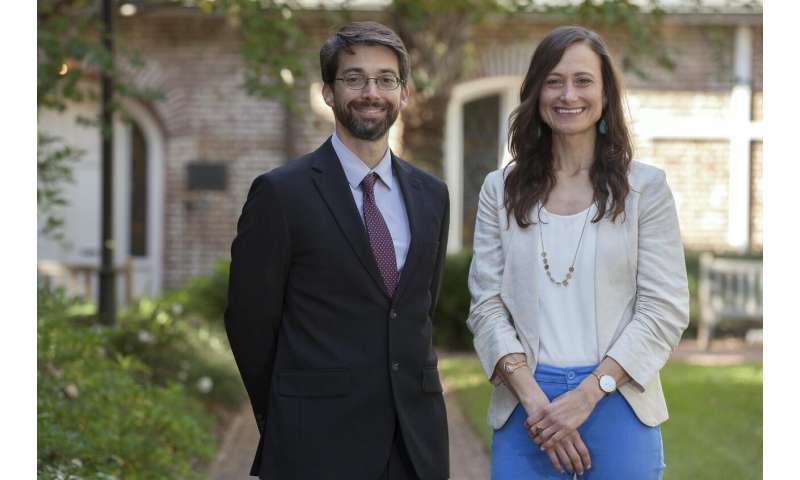 In an article in Brain, researchers at the Medical University of South Carolina (MUSC) and elsewhere report which brain regions must be intact in stroke survivors with aphasia if they are to perform well in a speech entrainment session, successfully following along with another speaker.

Aphasia is the inability to speak, write or understand spoken or written language. One of the main causes of aphasia is stroke, the third leading cause of death in the U.S. About one in three stroke survivors develops aphasia.

Patients with non-fluent aphasia speak in short, halting, telegraphic sentences and have trouble forming their words. However, they often understand language relatively well.

“Speech entrainment is asking the person to repeat in real time what they hear and see, or in other words to copy the speech of another speaker,” said Leonardo Bonilha, M.D., Ph.D., who led the study. Bonilha is the SmartState Endowed Chair for Brain Imaging and an associate professor in the Department of Neurology at MUSC.

Bonilha and Janina Wilmskoelter, Ph.D., a postdoctoral fellow at MUSC, collaborated closely with Julius Fridriksson, Ph.D., professor in the Arnold School of Public Health at the University of South Carolina and director of the Center for the Study of Aphasia Recovery (C-STAR). Other team members include C-STAR collaborators from Johns Hopkins University and the University of California, Irvine.

Speech therapy can be effective in helping stroke survivors communicate better, but non-fluency is one of the hardest symptoms to treat. Speech entrainment is an experimental approach for non-fluent aphasia in which stroke survivors practice speech production in real time by following along with another speaker.

The multi-institutional team of aphasia researchers studied which brain structures were associated with successful speech entrainment. They found that the left lateral temporal cortex needs to be intact for a stroke survivor to successfully follow along with another speaker.

“Our finding helps us understand better what are the neural mechanisms associated with the ability to have one’s speech entrained,” said Bonilha.

To assess performance in speech entrainment, the team calculated a speech entrainment score for forty-eight study participants with a history of stroke affecting the left side of the brain. The score was derived by comparing the number of words each patient produced per second during speech entrainment compared with spontaneous speech.

The investigators imaged the brain structures of the study participants using magnetic resonance imaging (MRI). They then used the MRI brain images to map the brain damage resulting from the stroke.

Next, the researchers turned to a form of artificial intelligence known as machine learning to find associations between speech entrainment scores and damaged brain areas.

They found that participants with damage to structures in the frontal and parietal lobes of the brain had impaired speech entrainment, confirming what scientists already knew.

But they also found something new.

“What was unknown were the brain areas that need to be intact for successful speech entrainment,” explained Bonilha. “We now have observed that the lateral temporal cortex needs to be there.”

In short, speech entrainment performance was better in those participants who had an intact lateral temporal cortex.

For their speech to be entrained, a patient needs to integrate sensory signals (what he or she hears and sees the speaker doing) with the motor part of speaking—producing speech through movement of the mouth, vocal cords and other structures. The lateral temporal cortex may be a key brain area for this integration.

Bonilha and his collaborators were recently awarded a nearly $4.25 million grant from the National Institute on Deafness and Other Communication Disorders to conduct a clinical trial assessing the efficacy of speech entrainment for treatment of post-stroke aphasia. The findings of the Brain article will help inform that trial and provide a frame for interpreting its results.