Amazon is reportedly looking for people who are willing to have their bodies scanned in 3-D in order to track and measure subtle changes in their sizes and shapes. It’s part of the company’s broader push to sell more clothes by more accurately predicting how garments will fit different body shapes.

But Amazon may not be considering the psychological effects 3-D body scans can have on consumers. In April 2018, I published a study that found when a person views their body in 3-D, it makes them feel sadder and worse about their appearance. Increasingly sophisticated 3-D scanning technologies might seem to offer retailers a competitive edge, but a customer who has just been scanned may feel bad about how they look and not be up for buying anything at all.

Getting a 3-D view

Previous research I conducted on body shape perception found that people believed that a 3-D body scan was an accurate depiction of their real body. That belief inspired me to further explore people’s feelings about seeing their bodies in 3-D. Seeing your body in 3-D is, at the moment, rare and unusual: Even mirrors and photos show only two-dimensional views. If retail stores are going to let more people see their own bodies in 3-D, I reasoned, there may be wider effects on society.

To understand what happens when someone sees him or herself in 3-D, I conducted a study of students at Florida State University, where I work. A total of 101 men and women came to my body scanning research laboratory, where they participated in a survey, were body scanned and then took the same survey again.

The survey contained questions to measure body satisfaction, mood and appearance management behaviors. For example, people were asked how they were currently feeling about their overall appearance and body shape and size; the degree to which they were at that moment feeling happy, sad, grouchy and other emotions; and how likely they were to engage in certain activities, like dieting and exercise. 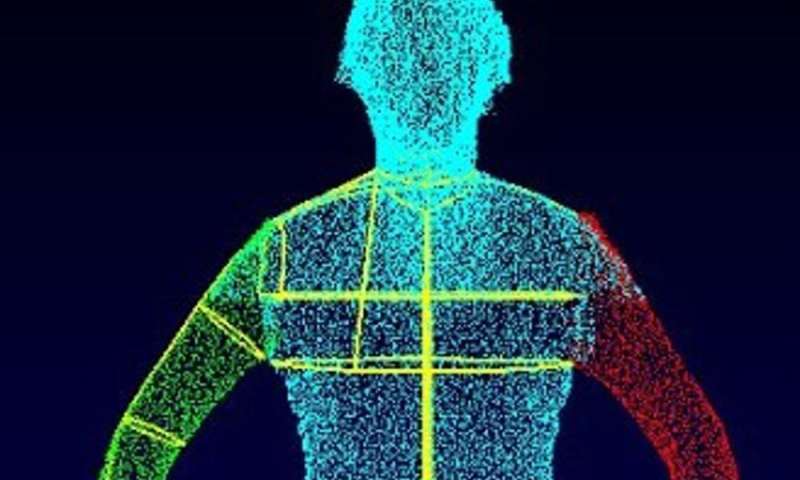 Changing feelings about their bodies

The difference between their indication of actual and ideal served as a measure of how differently each of them perceived who they actually were from who they wanted to be. People who chose very different real and ideal body shapes are more likely to feel sad and depressed.

I compared participants’ self-perceptions before and after they viewed their 3-D body scans. After seeing their body scan, the participants – both men and women – perceived their actual selves to be almost one figure larger than what their perception had been before seeing the scan. For men and women, their ideal stayed about the same, or was in fact slightly smaller than their original choice.

As a result of this changed perception, participants reported feeling less satisfied with their bodies and more negative in general. These bad feelings were strong enough to increase their stated willingness to change their behaviors, including saying they were more likely to diet and exercise. Future studies could determine whether people actually followed through on those feelings.

A caution for retailers

If Amazon and other retailers plan to use body scanning as part of their customers’ experience, they should know how and why people respond negatively – both about themselves and in general – to seeing a 3-D scan of their bodies. Those responses, like all emotional changes, are likely to affect their shopping behaviors.