What causes chronic fatigue? What we know, don’t know and suspect

Around 200,000 people in Australia suffer from a debilitating illness often branded with the unfortunate name of chronic fatigue syndrome (CFS). I say “unfortunate” because this implies patients are simply tired, run-down, burnt-out or overly stressed.

But myalgic encephalomyelitis, or ME/CFS as it is now more commonly called, is a serious and incapacitating disease that can have a devastating impact on a patient’s life. Symptoms include:

Initially bewildered by their incapacitating fatigue, many ME/CFS patients continue trying to go about their daily lives. But such efforts come at a severe cost. Even small amounts of activity can trigger “crashes” called post-exertional malaise that worsen symptoms, sometimes for many days.

Simple activities such as showering, grocery shopping or meeting a friend for coffee become difficult, if not impossible. Sadly, for around 25% of patients, symptoms are so severe they remain bed-bound or house-bound, and suicide risk is elevated.

Most patients face a major challenge getting a diagnosis. One UK study found less than half of doctors were confident with the diagnosis or treatment of ME/CFS and more than 85% of patients go from doctor to doctor for over two years without a diagnosis.

The underlying causes of ME/CFS have proved difficult to pinpoint. For many patients, blood and pathology testing are entirely normal.

This has led some to suggest ME/CFS is a psychological condition. In 2011, the findings of a clinical trial suggested patients could recover through psychological therapy (cognitive behavioural therapy or CBT) and graded exercise therapy. These findings have fuelled debate as to whether ME/CFS might be a disease of the mind.

But a landmark US study examining nearly 10,000 research publications suggested otherwise, concluding that ME/CFS is a serious, chronic, complex and systemic disease.

Criticisms of psychological and exercise therapy for ME/CFS have been widespread, with over 50 published letters in leading scientific journals (BMJ, Journal of Health Psychology, Nature, Lancet) raising serious concerns about the robustness of the claims.

Australian guidelines continue to recommend exercise and CBT therapies despite the US Centers for Disease Control and Prevention discontinuing these recommendations. 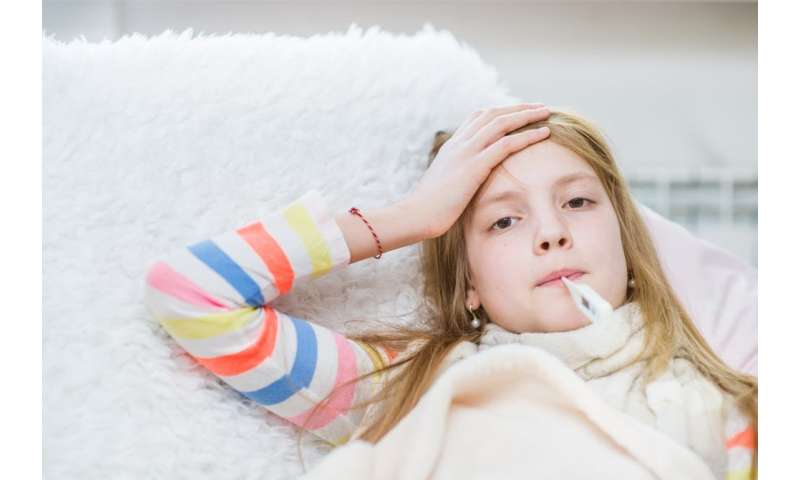 While exercise can clearly benefit patients with a wide range of illnesses, physical activity can cause a rapid deterioration of symptoms in patients with ME/CFS.

What we don’t know

There are no laboratory tests available to categorically diagnose someone with ME/CFS. But Australian research is playing a leading role in the discovery of possible diagnostic markers. For example, inflammatory blood proteins such as activin B and interferon are increased in ME/CFS. Other studies have shown metabolic waste products from some gut bacteria accumulate in ME/CFS patients and so may also provide diagnostic information in the future.

Women are four times more likely to be diagnosed with ME/CFS than men, but the reason for this is unclear. Also, having a first-degree relative with ME/CFS more than doubles the risk of developing the disease, but the role of genetics is not known.

For some, the onset of symptoms is slow. In others, ME/CFS begins with infections causing glandular fever (infectious mononucleosis), respiratory or gastrointestinal illnesses.

While ME/CFS patients have immune disruptions and abnormal inflammatory responses, the underlying causes remain elusive. The vicious cycles of tissue damage typical of autoimmune diseases such as multiple sclerosis or lupus don’t seem to occur in ME/CFS.

One theory is that ME/CFS patients have a “chink” in their immunological armour, possibly leading to persistent “smouldering” infections and chronic inflammation.

But it’s remarkably difficult to find direct evidence for such ongoing infections in most ME/CFS patients. And antiviral drugs or antibiotics seem to have very modest activity in ME/CFS despite their life-saving activities in many other infectious diseases.

ME/CFS patients also have metabolic defects in the way energy is generated in their bodies—pointing to one reason why they rapidly succumb to muscle fatigue during exercise. But whether this metabolic defect is due to immune attack, chronic infection or some other cause is unknown.

With no approved treatments or cures for ME/CFS, more research is urgently needed. So far, clinical trials examining the effects of immunosuppressive drugs, antibody therapies, anti-viral drugs, attention deficit hyperactivity disorder therapies and anti-depressants have not led to major improvements.