Treating infectious disease with the help of antimicrobial peptides 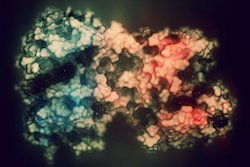 Against the backdrop of increasing antibiotic resistance, the FORMAMP project has trialled nanotechnology-based delivery systems and antimicrobial peptides (AMPs), to deliver new tools in the fight against infectious diseases.

It has been calculated that increased microbial resistance is responsible for an estimated 25 000 deaths per year, costing EUR 1.5 billion, across the EU. In the quest for new therapies against infectious diseases, antimicrobial peptides are touted as promising candidates, as they appear to induce less resistance.

The EU FORMAMP project was established to explore how nanotechnology formulations and local delivery strategies could improve the stability and efficiency of AMPs when applied directly to the site of skin and burn wounds, as well as to lung infections.

The project also developed a completely new type of nanomaterial, as well as generating a new approach for the treatment of tuberculosis with promising strategies for biofilm degradation.

Antimicrobial peptides are a group of molecules functioning as part of the innate immune system in most organisms. As they are fast acting against invading microorganisms and operate under non-specific mechanisms, bacteria struggle to develop resistance towards them. Despite holding out great promise for a new generation of therapeutic treatments, few AMPs have reached clinical trials, due to their sensitivity to degradation and high manufacturing costs.

Summarising the nanocarrier results, the project coordinator Dr. Lovisa Ringstad says, “Lipid-based systems were most successful for topical delivery. Whereas, the mesoporous silica particles were shown to be highly successful for pulmonary delivery. The polymer-based systems were utilised both for pulmonary and topical application. For bacteria biofilm degradation, one type of lipid-based nanocarrier has been shown to act synergistically with the AMPs which is highly exciting.”

As for the drug delivery systems, a thermosensitive gel formulation was shown to be most promising for topical administration, while for pulmonary delivery inhalable powders were developed which were shown to distribute well within the lungs.

Biophysical characterisations were carried out continuously to understand the interactions between AMP and nanocarriers, as well as with the surrounding environment. Cell and tissue modelling (in vitro and ex vivo) were used to investigate the effect of the peptides and at the final stage mouse and rat models (in vivo) were used to assess effects. Additionally, the toxicity of the formulations was investigated.

Adding to the treatment toolkit

A number of tangible project results are already contributing to new treatments. For example, one of the consortium SMEs has signed a licensing agreement for further development of a peptide for the treatment of skin and soft tissue infections. Additionally, strategies to degrade biofilms, associated with several severe infections such as cystic fibrosis and burn wounds, have also been developed.

FORMAMP has also led to the development of a promising formulation for tuberculosis treatment. As Dr. Ringstad elaborates, “Further development is planned for this treatment, where additional proof-of-concept in living organisms and a more detailed understanding of the precise mechanism, is needed. Also, we need to fine-tune our formulation, which requires further manufacturing and quality control development.”

The FORMAMP nanoformulations can also be further developed to serve as a platform for other applications delivering biologics as new therapies with fewer side effects for a range of diseases.