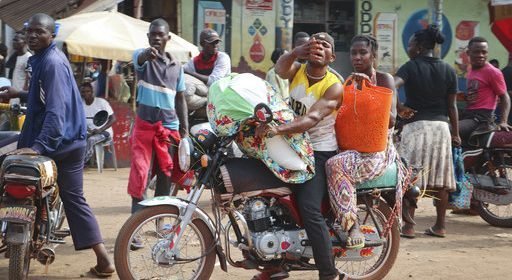 Propped against his motorcycle taxi outside a hospital in the city affected by Congo’s latest deadly Ebola outbreak, Jean Cedric waved a hand in the air, showing his fear about the risks of his job.

“We’re picking up everyone who’s sick and we have no idea if they have Ebola or not. Why aren’t we being vaccinated?” he said.

Last month, he said, he gave a lift to a doctor who had treated someone who died of Ebola. It left Cedric worried that he might have contracted the virus, which spreads via bodily fluids of those infected and can take up to three weeks to develop symptoms.

Despite his worries, the taxi driver in Mbandaka city never presented himself to health officials, who are vaccinating everyone who’s had direct contact with a sick person and then contacts of those people, too.

Nor was he tracked down in health officials’ efforts to find hundreds of people who might be within that double “ring” of exposure. It’s a particular concern in Mbandaka, a city of more than 1 million. While just four Ebola cases have been confirmed here, containing the virus has been more difficult in a city than in the remote rural areas in the northwest where the outbreak was declared in May.

At least 38 Ebola cases, including 14 deaths, have been confirmed in what is Congo’s ninth Ebola outbreak since the virus was first identified more than four decades ago. Officials have said the pace of new confirmed cases has slowed, with none in Mbandaka since May 17. Efforts are shifting to more remote areas, where most of the cases have been confirmed, to contain the outbreak. 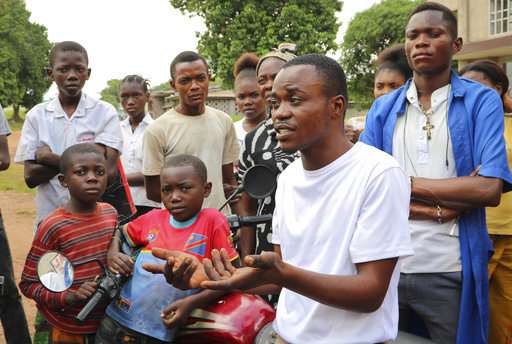 This outbreak is a major test of an Ebola vaccine that for the first time is being used at the start of an epidemic after showing promise late in the West Africa outbreak that killed thousands a few years ago.

Health workers are among the first to receive the vaccine as they work on the front lines and are most at risk. But some of Mbandaka’s taxi drivers argue they are on the front lines of the epidemic as well, even if their chances of becoming infected appear to be shrinking.

With few cars in the vibrant city on the Congo River, the majority of residents rely on motorcycle taxis as their primary mode of transport.

“When people are sick they call these drivers to take them to the hospital, increasing the risk of transmission of the virus,” Jessica Ilunga, spokeswoman for Congo’s health ministry, told The Associated Press.

During a visit to Mbandaka, the AP attended a workshop run by the government and the World Health Organization for 300 of the city’s estimated 4,000 taxi drivers. 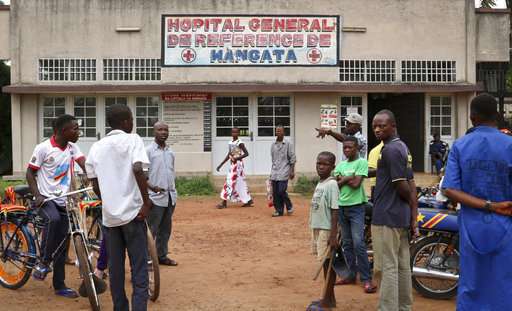 “What is Ebola?” WHO staffer Marie-Claire Therese Fwelo asked the audience.

“A bad disease that can kill people,” the drivers replied.

Fwelo told the all-male group that she saw too many taxi drivers “die from fever” during the much larger West Africa outbreak four years ago that killed more than 11,000 people in Guinea, Liberia and Sierra Leone. She encouraged them to sterilize their bikes, wear boots instead of sandals and carry fewer passengers to avoid bodily contact.

“Two people is double the price,” said Laie Ekakya, who usually piles two to four people onto the back of his motorcycle. He said he gives approximately 70 rides a day and worries because passengers always sweat on him. WHO says the Ebola virus has never been isolated from sweat; the most infectious bodily fluids include blood, feces and vomit. 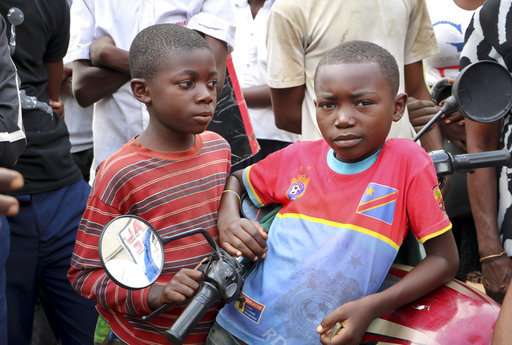 Instead of scaling back his clientele, Ekakya wants the government to provide greater protection, including the chance to be vaccinated.

More than 2,000 people overall have been vaccinated for Ebola since the campaign started two weeks ago, according to Congo’s health ministry. Although the government said it was working on making the vaccine available for taxi drivers it is not part of the immediate outbreak response plans.

“All resources right now are being put toward trying to find people who have come in contact with those who have Ebola,” said Rosy Boyekwa Yamba, the health ministry’s representative in Equateur Province, home of the current outbreak.

While officials say that anyone, including taxi drivers, who have had contact with an Ebola case or with one of those contacts will be vaccinated, the drivers are harder to track down because they’re always on the move.

“They are a risk and they’re at risk,” said Jonathan Shadid, a communications specialist with the U.N. children’s agency in Congo, which is part of the outbreak response. 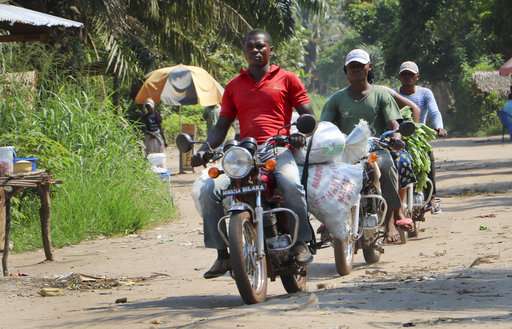 He said his team emphasizes that drivers should take responsibility for themselves and go to a hospital if they think they’ve been exposed. 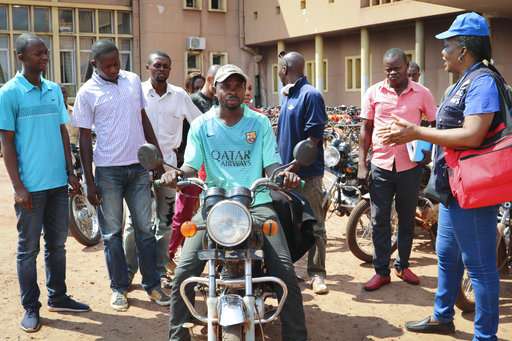