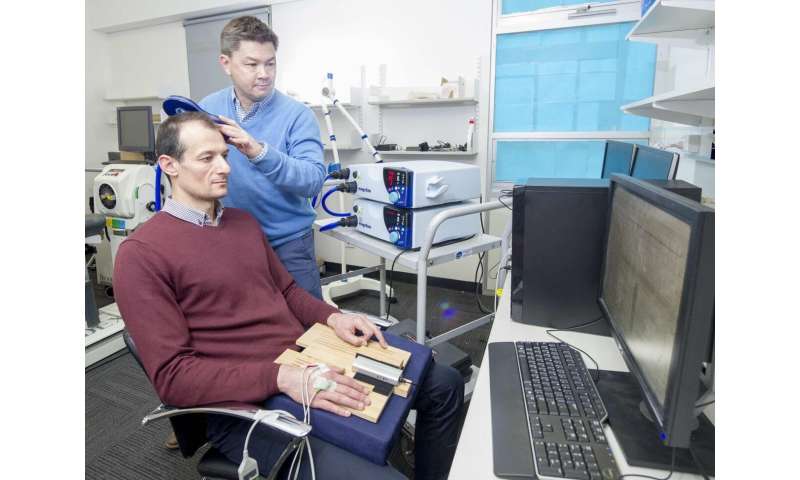 A La Trobe University study has lifted the lid on the debilitating effects of persistent post-concussion symptoms (PCS) felt by many—10% of concussion-sufferers—after a knock to the head.

The results of the study, released in Neuroscience journal, show that significant levels of fatigue and poorer brain function can persist for months, or even years, following concussion.

Renowned concussion expert Professor Alan Pearce used innovative brain technology to investigate how we can better understand and diagnose PCS and then, as a result, investigate treatment options.

“Whether it’s a fall at home or tackle on the field—concussion can affect anyone. But it’s the persistent post-concussion symptoms, sometimes occurring weeks and sometimes months after the initial trauma, that are so often undiagnosed or misdiagnosed,” said Professor Pearce.

“Mild traumatic brain injuries are the most common injury, and concussions account for 80% of those, so this is a big issue for Australia.

“For the first time, we used two types of technology to measure signals sent to the brain and signals sent from the brain. From this, we could assess the brain’s functioning in a way that has never been done before.

“With this technology we were able to make some significant discoveries on PCS sufferers having high fatigue levels and slow reaction times. These sort of things cannot be picked up in previous trials, which tested only cognition, and cannot be seen in a MRI scan.

“These results give doctors another opportunity to diagnose these persisting symptoms of concussion. And they give people who might be suffering the symptoms long after the initial trauma a good reason to get seen by a medical professional.