People who smoke or have diabetes may be at increased risk of calcifications in a region of the brain crucial to memory, according to a new study published online in the journal Radiology.

Dementia is a major public health problem that affects tens of millions of people worldwide. One focus of dementia research has been the hippocampus, a brain structure important for both short- and long-term memory storage. Alzheimer’s disease, the most common type of dementia, is associated with atrophy of the hippocampus.

Researchers have hypothesized that abnormal buildups of calcium, or calcifications, in the hippocampus may be related to vascular problems that could contribute to hippocampal atrophy and subsequent cognitive deterioration. However, published research on the association between hippocampal calcification and cognitive impairment is limited. 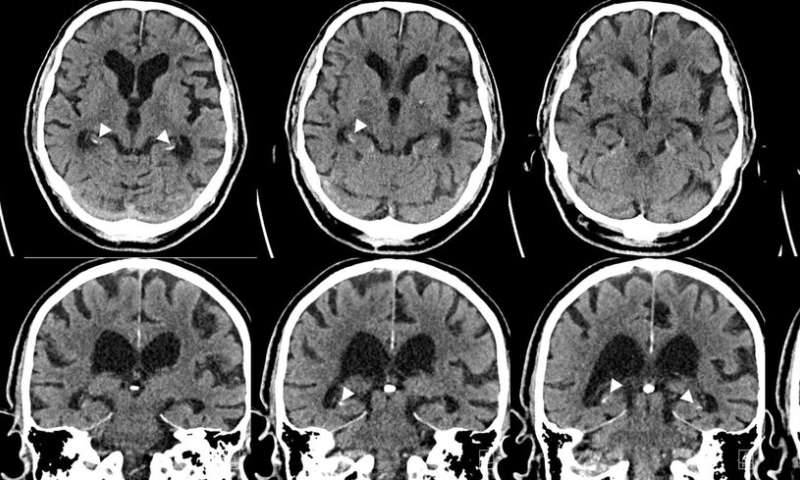 Dr. de Brouwer and colleagues studied the association between vascular risk factors like high blood pressure, diabetes and smoking, and hippocampal calcifications. They also assessed the effects of calcifications on cognitive function.

The study group included 1,991 patients, average age 78 years, who had visited a memory clinic at a Dutch hospital between 2009 and 2015. The patients had a standard diagnostic workup including cognitive tests and brain CT scans. The researchers analyzed the CT scans for the presence and severity of hippocampal calcifications.

While the study was not designed to conclusively determine if smoking and diabetes increase the risk of hippocampal calcifications, the results strongly suggest a link. 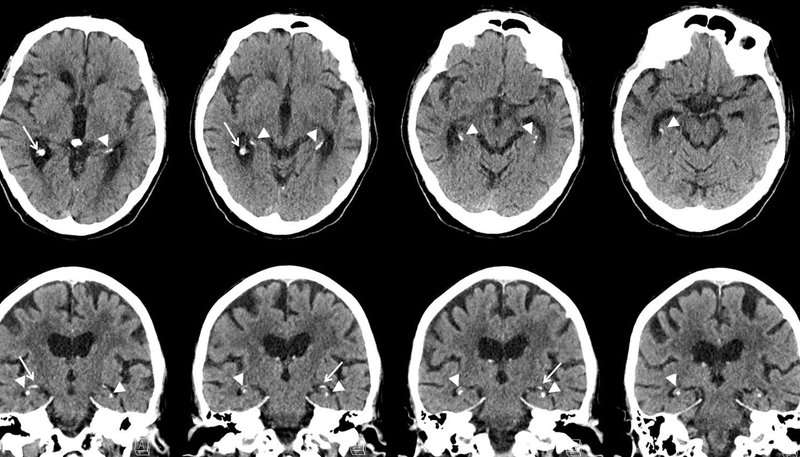 There was no link between the presence and severity of hippocampal calcifications and cognitive function; a surprising finding, according to Dr. de Brouwer, with several possible explanations.

“The hippocampus is made up of different layers, and it is possible that the calcifications did not damage the hippocampal structure that is important for memory storage,” she said. “Another explanation could be the selection of our study participants, who all came from a memory clinic.”