Ridiculous. That’s how Andrew Caprariello says his colleagues described his theory about multiple sclerosis (MS) back when he was doing his PhD in Ohio.

The collaboration paid off. Caprariello, Stys and their colleagues have scientific proof published in the Proceedings of the National Academy of Sciences (PNAS) that their somewhat radical theory has merit. “I’ve always wondered ‘what if’ MS starts in the brain and the immune attacks are a consequence of the brain damage,” says Caprariello, PhD, and lead author on the study.

Currently, MS is considered to be a progressive autoimmune disease. Brain inflammation happens when the body’s immune system attacks a protective material around nerve fibers in the brain called myelin. Conventional thinking is that rogue immune cells initially enter the brain and cause myelin damage that starts MS.

“In the field, the controversy about what starts MS has been brewing for more than a decade. In medical school, I was taught years ago that the immune attack initiates the disease. End of story,” says Stys, a neurologist and professor in the Department of Clinical Neurosciences at the CSM. “However, our findings show there may be something happening deeper and earlier that damages the myelin and then later triggers the immune attacks.”

To test the theory, the research team designed a mouse model of MS that begins with a mild myelin injury. In this way, researchers could mirror what they believe to be the earliest stages of the disease.

“Our experiments show, at least in this animal model, that a subtle early biochemical injury to myelin secondarily triggers an immune response that leads to additional damage due to inflammation. It looks very much like an MS plaque on MRI and tissue examination,” says Stys. “This does not prove that human MS advances in the same way, but provides compelling evidence that MS could also begin this way.”

With that result, the researchers started to investigate treatments to stop the degeneration of the myelin to see if that could reduce, or stop, the secondary autoimmune response.

“We collaborated with researchers at the University of Toronto and found that by targeting a treatment that would protect the myelin to stop the deterioration, the immune attack stopped and the inflammation in the brain never occurred,” says Stys. “This research opens a whole new line of thinking about this disease. Most of the science and treatment for MS has been targeted at the immune system, and while anti-inflammatory medications can be very effective, they have very limited benefit in the later progressive stages of the disease when most disability happens.” 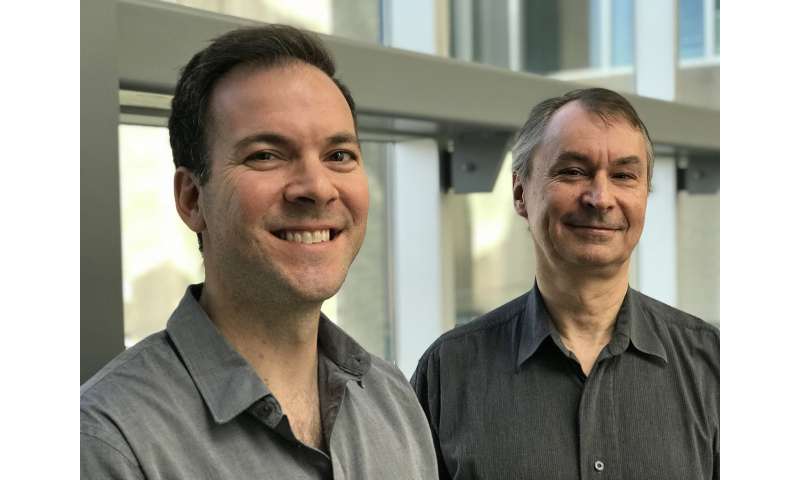