Post-infectious irritable bowel syndrome is triggered by a gastroenteritis infection. This results in the expression of various symptoms including abdominal pain and diarrhea.

What is irritable bowel syndrome?

Irritable bowel syndrome (IBS) is a highly prevalent gastrointestinal disease, which is characterized by symptoms such as abdominal pain or discomfort, bloating, and irregularities with stool, such as diarrhea or constipation. However, the severity of these symptoms varies between individuals.

There are four subtypes of IBS: IBS with pain/discomfort and constipation (IBS-C), IBS with diarrhea (IBS-D), mixed IBS (IBS-M), and un-subtyped IBS (IBS-U). 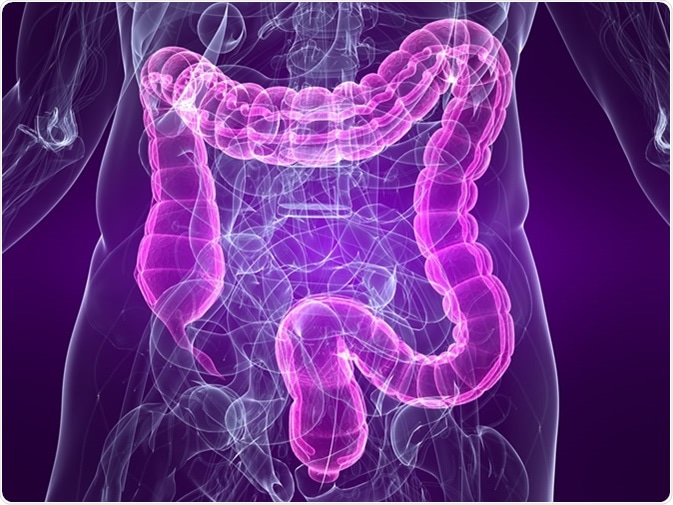 The IBS prevalence statistics for less economically developed countries – which includes most African countries and many Asian countries – are not available as the poor health-care systems of these countries makes them unable to distinguish between IBS and other IBS-associated disorders, such as diarrhea.

The pathophysiology of IBS is affected by:

Abnormalities with any number of these processes can affect key sensorimotor regulators, such as the hypothalamus–pituitary–adrenal (HPA) axis, the brain-gut axis, and the enteric nervous system (ENS). This causes certain physiological changes that lead to the development of IBS.

Many studies have shown associations with various comorbidities, including anxiety and depression. These overlapping symptoms and comorbidities can lead to misdiagnoses, which can delay treatment.

What is post-infectious irritable bowel syndrome?

Post-infectious IBS (PI-IBS) is a type of IBS that is caused by viral and bacterial infections to the gastrointestinal tract (e.g. gastroenteritis) and comprises approximately 10% of all IBS cases. In PI-IBS, abdominal discomfort and gastrointestinal distress can persist following infection resolution Approximately 36% of patients with gastroenteritis develop PI-IBS and the symptoms of PI-IBS may persist long after the individual has recovered from the initial infection.

The majority of patients with PI-IBS have an increased visceral pain perception or visceral hypersensitivity (VHS) compared to those with more ‘standard’ forms of IBS. This highlights the existence of long-term changes in pain processing occurring with PI-IBS patients.

The underlying mechanisms of PI-IBS development are not completely understood. However, long-term changes to neuronal function and inflammation of the bowel have been suggested as contributors in current literature. Furthermore, previous research into PI-IBS has discovered younger people, females, and individuals that have previously suffered from a severe infection are at a higher risk of developing PI-IBS.

Various therapies have been used to combat IBS, including corticosteroids, antibiotics, and many other drugs.

Corticosteroids were used on patients of PI-IBS in a random double-blind study. The cell counts of gastric acid producing cells (enterochromaffin cells) did not differ between the two groups, but lamina propria T-lymphocyte counts decreased after the corticosteroid treatment. However, neither of these changes affected the IBS symptoms, so it was concluded that the corticosteroid used is not an effective treatment of PI-IBS.

An antibiotic that acts to inhibit bacterial RNA synthesis has been used to treat various gastrointestinal disorders including diarrhea. These antibiotics have been  used to treat patients with IBS-D symptoms; improved gut microbiota diversity and bacterial composition, as well as reduced intestinal cytokine inflammation may have improved gut barrier protection in IBS patients.

More effective treatments for the symptoms of IBS are needed, including treatments that can simultaneously treat multiple symptoms. Hopefully, continued research will make this a reality.

Sam graduated from the University of Manchester with a B.Sc. (Hons) in Biomedical Sciences. He has experience in a wide range of life science topics, including; Biochemistry, Molecular Biology, Anatomy and Physiology, Developmental Biology, Cell Biology, Immunology, Neurology  and  Genetics.