Officials: Deadly Nipah virus has not spread in south India 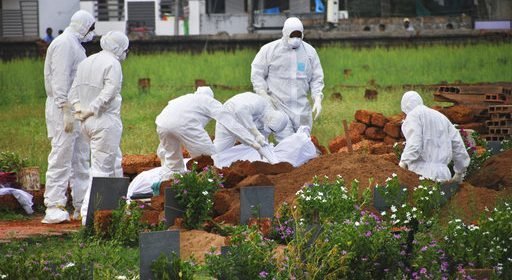 An outbreak of a deadly virus has not spread beyond two areas in south India, officials said, but they have issued a series of warnings to people living in the stricken towns.

A total of 12 people have died of Nipah virus since the outbreak began a few weeks ago in the state of Kerala, an unidentified senior Health Ministry official told the Press Trust of India news agency. Another 40 people with Nipah symptoms, which can include high fever, vomiting and convulsions, are being treated in area hospitals.

There is no vaccine for Nipah, and no treatment beyond supportive care to make patients comfortable. The virus kills up to 75 percent of those infected.

While officials believe this outbreak began with someone infected somehow by a fruit bat, the ministry official said every subsequent infection came from human-to-human contact, sometimes passing to relatives or medical workers caring for the sick. About 100 families where someone has had contact with infected people are being carefully monitored.

On Thursday, medical workers in white plastic suits and breathing masks buried the latest victim in the town of Kozhikode, placing his plastic-wrapped corpse in the red earth. Many of the handful of mourners who turned out for the burial were also wearing breathing masks. 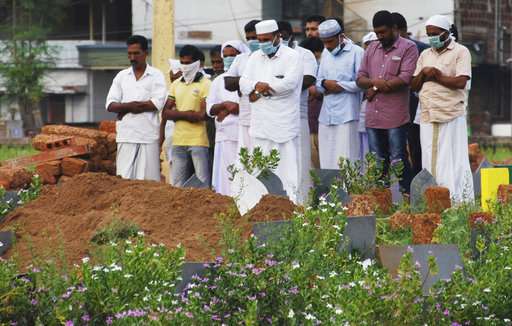 Meanwhile, officials have issued a set of warnings to two parts of Kerala, including telling the public to avoid consuming partially eaten fruit from date palms and raw liquor made from dates. People have also been told to avoid abandoned wells.

The central government has dispatched teams from the National Centre for Disease Control to the area to monitor the outbreak. 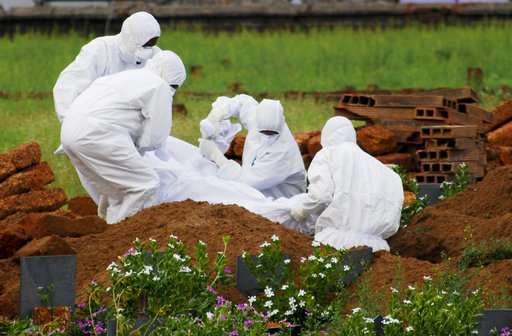