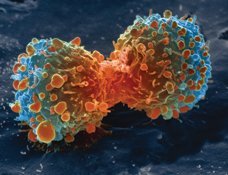 Cancer therapies that target a specific protein have improved outcomes for patients. However, many patients eventually develop resistance to these targeted therapies and their cancer comes back. It is believed that differences among tumor cells, or heterogeneity, may contribute to this drug resistance. Moffitt Cancer Center researchers are using a unique approach by combining typical cell culture studies with mathematical modeling to determine how heterogeneity within a tumor and the surrounding tumor environment affect responses to targeted drug therapies. Their study was published online in PLOS Biology.

Cells within a single tumor can be very different. They may have different genetic characteristics leading to different protein levels or activity, and act differently in response to a stimulus or targeted therapy. Additionally, the surrounding tumor environment can produce chemical signals that further alter tumor cells and their response to targeted therapies.

The typical approach that researchers use to study cancer development and treatment is to consider the cells within a given tumor to be the same and to have a similar response to therapy. However, this assumption is not what actually occurs and tends to limit the design of effective cancer therapies. By using mathematical modeling and experimental data, Moffitt researchers are able to take tumor cell heterogeneity into consideration. This allows more accurate prediction of how cells would respond to targeted cancer therapy and suggests more effective ones.

The interdisciplinary research team was composed of mathematical modelers, led by Alexander Anderson, Ph.D., chair of the Department of Integrated Mathematical Oncology at Moffitt, and basic/translational biologists, led by Eric Haura, M.D., co-leader of the Chemical Biology & Molecular Medicine Program and senior member of the Department of Thoracic Oncology at Moffitt. Together, they created a mathematical model based on their experimental data from a lung cancer cell line. There are many signaling pathways known to be involved in cancer progression. The researchers decided to focus on two key pathways, the RAS-MAPK and the AKT-PI3K signaling pathways that are commonly deregulated in many different types of cancer. They performed cell culture experiments in the presence and absence of a protein called HGF produced by cells in the surrounding tumor environment. HGF is known to contribute to drug resistance. They also treated the lung cancer cells with different inhibitors to determine how cells respond to these targeted drugs. They used this data to create mathematical models that made new predictions and then confirmed these predictions back in the lung cancer cell line.

The combined results show that cancer cells have different responses to targeted drug therapies because of different protein activities. Also, some cells may not respond to a targeted inhibitor because alternative signaling pathways may become activated and bypass that inhibitor. As a result, it may be necessary to use a combination of drug inhibitors to target as many of the diverse tumor cells as possible. The researchers used their model to show certain drug combinations are more effective at reducing cell viability. However, they also demonstrated that the surrounding tumor environment could alter a cell response to a drug or drug combination.

Importantly, the researchers demonstrated that all of these variations in cell responses to drug inhibitors and the tumor environment could cause certain cells within a population to become dominant, leading to drug resistance. Furthermore, certain drug inhibitors and combinations can produce relatively more tumor cell heterogeneity post-treatment.