Infertility issues plague nearly 15% of couples in the world. This means that close to 48 million couples worldwide have trouble conceiving a baby despite trying to for a year or more. Of these cases nearly 30% are due to male infertility issues. There is no way to accurately pinpoint cases of male infertility across the globe, but recent studies conducted on a region and country basis by different organizations have made it possible to gain a better understanding of the disorder. 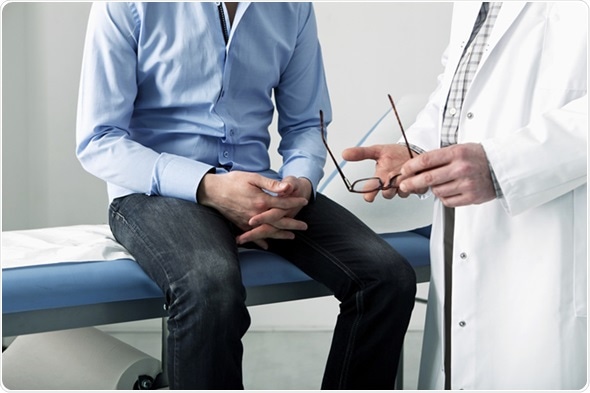 According to the CDC, infertility affects close to 12% of the population of the United States in the sexually active demographic. Since a number of infertility cases do not get reported in various other countries across the globe, the actual number of cases may be much higher.

A WHO study undertaken between 1994 and 2000 found that North Africa and West Africa had the highest rates of infertility at 4.24 – 6.35% while Central Asia and East Asia were recorded with the lowest infertility rates of 2.05 – 3.07%.

The estimated number of infertile men in the world ranges between 30,625,864 and 30,641,262. The highest concentration of male infertility was found in Europe. The WHO study also found that the African infertile belt had a high rate of sexually transmitted diseases caused by bacteria such as N. Gonnorrhoeae and C. Trachomatis.

A low sperm count can make it difficult for a couple to conceive. A count of less than 20 million/mL is considered low and the condition is referred to as Oligospermia. In some cases of male infertility it has been found that there are no sperm cells in the ejaculated semen – this is known as Azoospermia.

Sperm motility refers to the ability of the sperm to move. Should the sperm not be able to move in a straight line it will be unable to penetrate the cervical mucus or the outer shell of the egg. Sperm that moves in a slow and sluggish manner will also be incapable of fertilization. The problem of poor sperm motility is called Asthenospermia.

When the testicles of the male infant do not descend from the abdomen to the scrotum, the condition is called Cryptorchidism. The medical problem is the cause of impairment of sperm production as the testes do not mature in the scrotal sac and begin sperm production after puberty. The condition can be rectified by surgery.

Hypospadias is a congenital defect in which the opening of the urinary tract is located on the underside of the penis rather than at the end. The sperm is unable to reach the cervix due to the wrong trajectory during ejaculation. This condition can be rectified by surgery.

Absence of the tubes that carry sperm out from the testicles of the male to the penis, is referred to as Congenital Bilateral Absence of Vas Deferens (CBAVD). Since the tubes never developed, there is no way out for the sperm produced in the testes. Fertility treatment would involve surgical removal of the sperm for the purpose of conceiving.

Blockage(s) in sperm ducts can cause infertility. These may be present in the epididymis or ejaculatory ducts from birth. Alternatively, there may be a structural abnormality in the tubes that transport the sperm that develops at a later age. In either case the sperm is unable to travel out through the penis and help in conceiving.

Retrograde Ejaculation refers to the condition in which during ejaculation the sperm is forced backwards into the bladder instead of heading forward out through the urethra. This occurs because the sphincter of the bladder does not contract to force the semen out. The male will report a cloudy urine after ejaculation, confirming the condition.

When two X chromosomes and one Y chromosome are found in a male, the genetic disorder is termed Klinefelter syndrome. It results in lower levels of testosterone, abnormal seminiferous tubules, female physical attributes like enlarged breasts and a tendency for sperm abnormalities.

Kartagener syndrome is a rare genetic disorder characterized with primary ciliary dyskinesia and situs inversus. It causes production of impaired sperm that have trouble with motility. The major organs may be reversed in position within the body and there will be severe respiratory infections. There is no cure for this disorder.

Cashmere graduated from Nowrosjee Wadia College, Pune with distinction in English Honours with Psychology. She went on to gain two post graduations in Public Relations and Human Resource Training and Development. She has worked as a content writer for nearly two decades. Occasionally she conducts workshops for students and adults on persona enhancement, stress management, and law of attraction.