Similar to spirometry and pulse oximetry, lung plethysmography is a tool within the broad umbrella of pulmonary function tests. It is a type of diagnostic procedure used to measure the amount of air in the lungs after inhalation or exhalation. 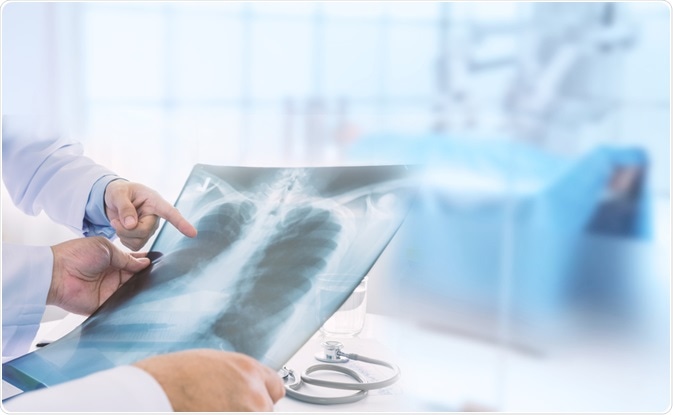 Also referred to as body plethysmography, lung plethysmography provides an idea about how efficiently the lungs are functioning. It is also especially useful in characterizing types of pulmonary abnormality and implementing appropriate treatment approaches depending on the diagnosis.

Lung plethysmography finds its major application in determining the nature of pulmonary abnormalities. While few symptoms are distinctive of a particular disease type, many of the symptoms across various respiratory disorders often overlap.

In the context of lung abnormalities, plethysmography helps in comparing existing lung function to established normal values. The procedure is considered as one of the most accurate methods to pinpoint the root cause of the problem, such as the anatomical disruption of lung tissues, problems with elasticity, or physiologic anomalies in the normal mechanism of respiration.

Plethysmography is also used to monitor the prognosis of the disease, whether the disease is progressive or not, and any unusual course of disease progression.

It is particularly helpful in screening for chronic diseases such as asthma, chronic obstructive pulmonary disease (COPD), and cystic fibrosis. Existing treatments could also be modified using guidance offered by lung plethysmography results.

Lung plethysmography is also facilitated among elderly patients with lung neoplasms requiring surgical intervention. The overall strength of respiratory function and assessment of whether their systems could withstand the proposed surgery are critical parameters that could be evaluated using lung plethysmography; however, this technique is not typically used due to practical constraints.

Preparation and performance of lung plethysmography

In preparation for lung plethysmography, a physician would ask the patient to refrain from smoking and heavy exercise for a few hours prior to the procedure. Certain respiratory medications may also have to be temporarily stopped to avoid any impact on results.

Exposure to environmental pollutants should also be avoided before the procedure. Patients are advised against wearing tight clothes which might affect normal breathing whilst in-procedure.

During lung plethysmography, the patient sits on a chair kept in an airtight room resembling a telephone booth. They are asked to hold the mouthpiece and breathe in, breath out, or exhale with force into the mouthpiece. The nose remains clipped during the procedure.

The device stays connected to the monitor unit, wherein a technician could observe and record the changes in pressure inside the room while the patient inhales or exhales.

Based on preset algorithms, the doctor acquires a measurement of the air holding capacity of the patient’s lungs. Lung plethysmography would last for about 15-30 minutes depending on how well the patient responds to the procedure.

Some patients may feel claustrophobic and dizzy during the procedure. Due to perceived fear about the procedure, shortness of breath is also often seen in such patients.

While regular pulmonary function tests such as forced expiratory volume in 1 second (FEV1) and forced vital capacity (FVC) focus on measuring the output of the exhalation, lung plethysmography targets the residual volume after exhalation. The following parameters are assessed using lung plethysmography:

Functional residual capacity (FRC): Sum of FRV and the quantity of air left in the lungs after normal exhalation

Out-of-range values of lung plethysmography parameters not only suggest an abnormality in lung function, but also point towards the kind of abnormality; however, such parameters might not be able to identify the cause of the disorder.

For instance, a decrease in FRC could be interpreted as poor elasticity of lung tissues and a resultant decrease in the amount of airspace within lungs. It may indicate a possibility of the conditions such as pulmonary fibrosis, stroke, sarcoidosis, scoliosis, or obesity-related complications.

A disorder like emphysema may damage the elastic recoil capacity of the pulmonary tissues, and hence affect the efficient breather of a patient. This would result in an increased FRC. Similar situations may arise in the case of cystic fibrosis. In order to make a confirmed diagnosis of restrictive disorders, lung plethysmography is irreplaceable in general.