How eye disorders may have influenced the work of famous painters

Vision is an important tool when creating a painted artwork. Vision is used to survey a scene, guide the artist’s movements over the canvas and provide feedback on the colour and form of the work. However, it’s possible for disease and disorders to alter an artist’s visual perception.

There is a long history of scientists and clinicians arguing particular artists were affected by vision disorders, based on signs in their works. Some argued the leaders of the Impressionist movement were short-sighted, for instance, and that their blurry distance vision when not using spectacles may explain their broad, impetuous style.

Supporting evidence of such disorders and their influence on artworks is often speculative, and hampered by a lack of clinical records to support the diagnosis. A particular challenge to verifying these speculations is that artists are, of course, free to represent the world in whatever fashion they like.

So, is a particular style the result of impoverished vision, or rather a conscious artistic choice made by the artist? Here are three artists who it has been claimed suffered vision impairments.

Architect, painter and sculptor of the Spanish Renaissance, El Greco (1541-1614) is known for vertically elongating certain figures in his paintings. In 1913, ophthalmologist Germán Beritens argued this elongation was due to astigmatism. 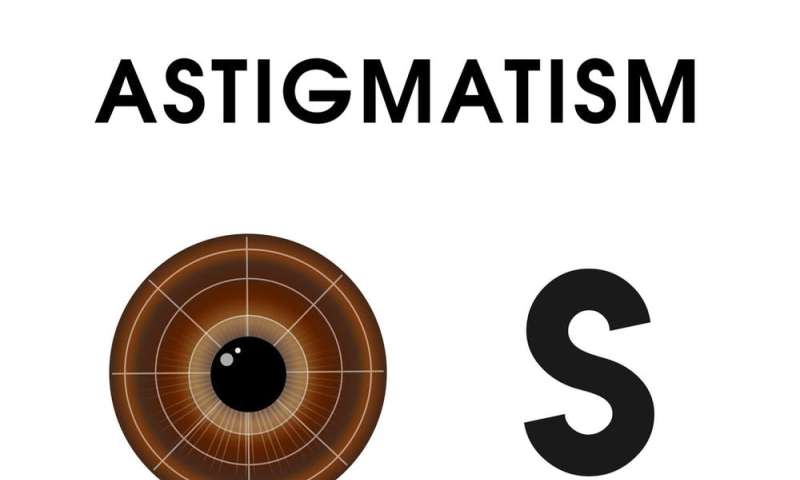 Astigmatism typically results when the cornea – the front surface of the eye and the principal light-focusing element – is not spherical, but shaped more like a watermelon.

This means the light bends in different amounts, depending on the direction in which it’s passing through the eye. Lines and contours in an image that are of a particular orientation will be less in focus than others.

But there are several problems with Beriten’s theory. A common objection is that any vertical stretching should have affected El Greco’s view of both the subject being painted and the canvas being painted on. This would mean the astigmatism effects should largely cancel out. Possibly more problematic is that uncorrected astigmatism mainly causes blurry vision, rather than a change in image size.

Plus, other evidence suggests El Greco’s use of vertical elongation was a deliberate artistic choice. For example, in his 1610 painting, St Jerome as Scholar (above), the horizontally oriented hand of the saint is also elongated, just like the figure. If El Greco’s elongated figures were due to a simple vertical stretching in his visual perception, we would expect the hand to look comparatively stubby. 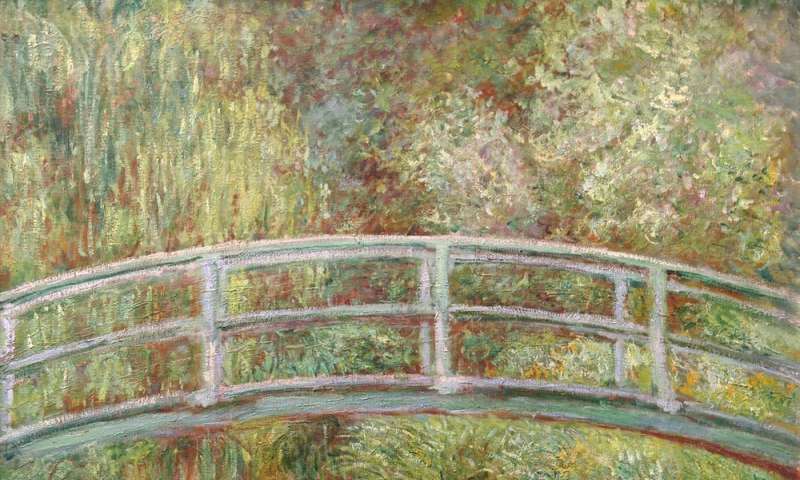 Elsewhere, the influence of eye anomalies in artworks is more compelling. Cataracts are a progressive cloudiness of the lens inside the eye, producing blurred and dulled vision that can’t be corrected with spectacles.

Cataracts are often brown, which filter the light passing through them, impairing colour discrimination. In severe cases, blue light is almost completely blocked.

Claude Monet was diagnosed with cataracts in 1912, and recommended to undergo surgery. He refused. Over the subsequent decade, his ability to see critical detail reduced, as is documented in his medical records.

Importantly, his colour vision also suffered. In 1914, he noted how reds appeared dull and muddy, and by 1918 he was reduced to selecting colours from the label on the paint tube.

The visual impact of his cataracts is demonstrated in two paintings of the same scene: the Japanese footbridge over his garden’s lily pond. The first, painted ten years prior to his cataract diagnosis, is full of detail and subtle use of colour. 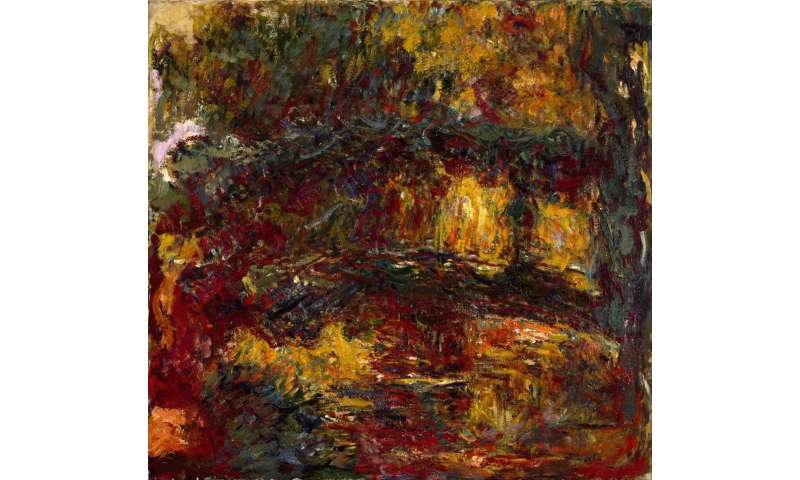 In contrast, the second – painted the year prior to his eventually relenting to surgery – shows colours to be dark and murky, with a near absence of blue, and a dramatic reduction in the level of painted detail.

There is good evidence such changes were not a conscious artistic choice. In a 1922 letter to author Marc Elder, Monet confided he recognised his visual impairment was causing him to spoil paintings, and that his blindness was forcing him to abandon work despite his otherwise good health.

One of Monet’s fears was that surgery would alter his colour perception, and indeed after surgery he complained of the world appearing too yellow or sometimes too blue. It was two years before he felt his colour vision had returned to normal.

Experimental work has confirmed colour perception is measurably altered for months after cataract surgery, as the eye and brain adapt to the increased blue light previously blocked by the cataract.

In addition to eye disease, colour vision can be altered by inherited deficiencies. Around 8% of men and 0.5% of women are born with abnormal colour vision – sometimes erroneously called “colour blindness”. 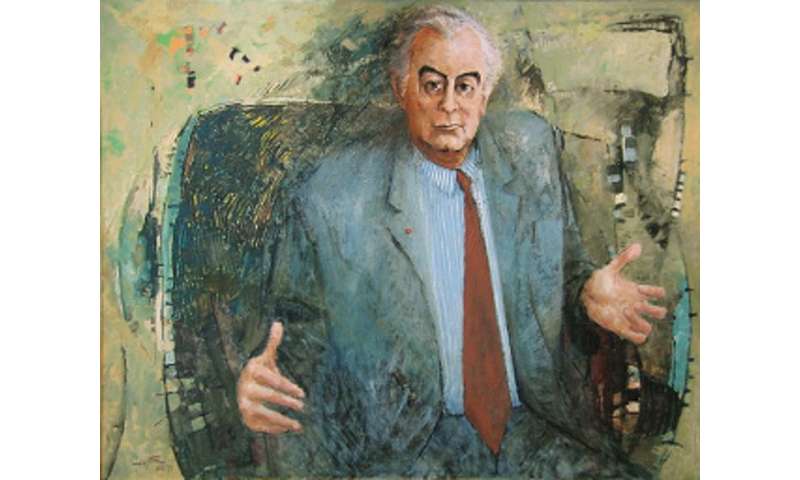 In one of its most common severe forms, people see colours purely in terms of various levels of blue and yellow. They can’t distinguish colours that vary only in their redness or greenness, and so have trouble distinguishing ripe from unripe fruit, for example.

It has been argued no major artist is known to have abnormal colour vision. But subsequent research argues against this.

Australian artist Clifton Pugh can readily lay claim to the title of “major artist”: he was three-times winner of the Archibald Prize for Portraiture, is highly represented in national galleries, and even won a bronze medal for painting at the Olympics (back when such things were possible).

His abnormal colour vision is well documented in biographical information. Owing to the inherited nature of colour vision deficiencies, researchers were able to test the colour vision of surviving family members to support their case that Pugh almost certainly had a severe red-green colour deficiency.