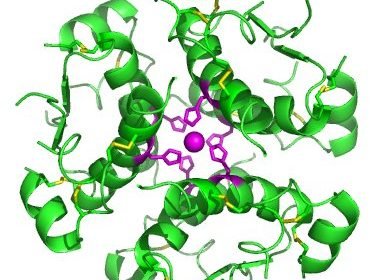 The neurobiotechnology research team of the Universitat Jaume I (UJI) in Castellón, Spain, headed by professor Ana María Sánchez, has proven the positive effects of a vegetable hormone, reversing brain alterations caused by high-fat diets, type-2 diabetes, obesity and physical inactivity. The results of this work, developed by the Health Sciences Department, have been published in Molecular Neurobiology.

“We have verified how a vegetable hormone, abscisic acid, is able to counter the deleterious effects that a high-fat diet has on the central nervous system,” explains Ana María Sánchez. By making use of this molecule on an animal model with neuroinflammation induced by a high-fat diet, the results of the study “have shown that the alterations on the expression of some genes would be reversed, as well as alterations in the process of neurogenesis, while we also noted a decrease of the inflammation markers in the brain,” adds Sánchez.

Alzheimer’s disease and other dementias

The UJI neurobiotechnology professors believe that acquiring further knowledge on neuroinflammation is a priority public health matter, as high-fat and sugary diets, combined with a lack of physical exercise, lead to metabolic syndrome and neuroinflammation. This “leads to degenerative processes that can eventually cause diseases as severe as Alzheimer’s disease and other dementias,” says Sánchez.

Alteration of the role of insulin

The group’s latest research has shown that the vegetable hormone abscisic acid “reduces inflammation levels in the brain, as measured with various techniques and in different cerebral areas,” says researcher Sandra Sánchez-Sarasúa, adding that with a high-fat diet, they noticed alterations in cognitive functions that were also recovered with the vegetable hormone treatment. “With protein-level analysis techniques, we observed that neuroinflammation alters the expression of specific genes and that abscisic acid restores it to normal levels, confirming the results obtained with the RNA analysis,” says Sánchez-Sarasúa.

The results of this work reveal new data for research into the causes of several neuroinflammatory diseases and insulin resistance. Therefore, one of the objectives of this UJI team is to replicate the insulin resistance model in an animal model, through the regulation of insulin signaling using viral particles.

The UJI neurobiotechnology research group, headed by professor Ana Sánchez, is focused on the study of the mechanisms through which neurodegenerative diseases develop, specifically, diseases such as Alzheimer’s, in which there is a resistance to cerebral insulin and neuroinflammation.