Fibromyalgia is a medical condition characterized by chronic and widespread pain, fatigue, sleep disturbance, and memory and cognitive problems. It is often co-morbid with one of more mental disorders, such as  depression, anxiety, personality disorder, obsessive-compulsive disorder, or post-traumatic stress disorder.

Given the similarity of symptoms with other pain-causing diseases, fibromyalgia is often misdiagnosed clinically. According to the 2010 guidelines of the American College of Rheumatology, physicians sometimes diagnose fibromyalgia by excluding other disorders that can be responsible for the pain and other symptoms. 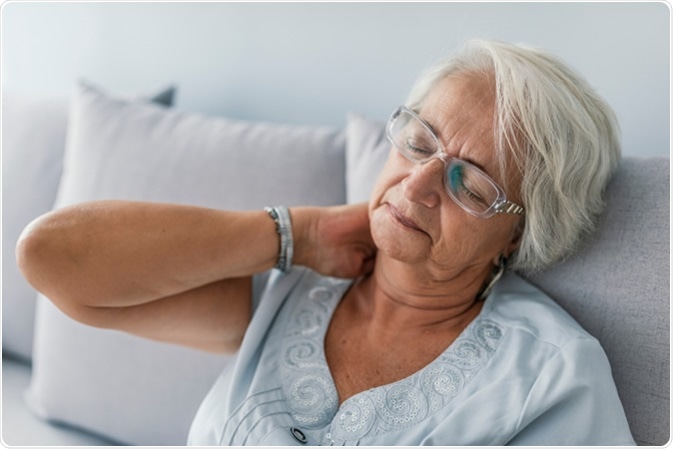 Chronic widespread pain and fatigue are common symptoms of many diseases, including rheumatic, inflammatory, and endocrine disorders. Therefore, presence of these symptoms can mislead the clinical diagnosis of fibromyalgia.

The common differential diagnoses of fibromyalgia include hypothyroidism, rheumatic diseases, myofascial pain syndrome, and chronic fatigue syndrome. Other potential causes of patient symptoms must be excluded before giving a diagnosis of fibrmyalgia. 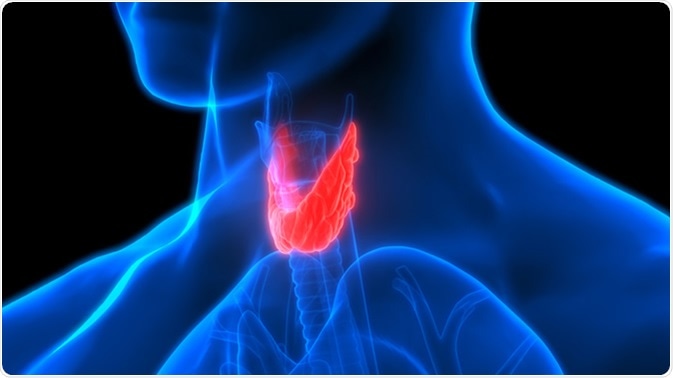 Regarding emotional distress associated with fibromyalgia, it is hypothesized scientifically that fibromyalgia-related anxiety and depression can significantly alter blood cortisol level, decrease cellular T4 uptake, and reduce the conversion of T4 to T3.

The association of fibromyalgia with various rheumatic diseases is as follows:

Fibromyalgia and systemic lupus erythematosus (SLE) – the incidence of fibromyalgia is higher among patients with SLE as compared to the general population. The most common symptoms between fibromyalgia and SLE are musculoskeletal pain, fatigue and stiffness, cold induced vasospasm, cognitive problems, and depression. One possible connection between these two conditions is the presence of auto-antibodies against N-methyl-d-aspartate (NMDA) receptors (NR2A and NR2B subunits) in the serum and cerebrospinal fluid of SLE patients. Because of the dense presence of NMDA receptors in the central and peripheral nervous systems, these auto-antibodies can alter various important functions, including pain sensation, cognition, and emotional behaviors.

Despite being a confound condition, fibromyalgia is not associated with SLE-related organ damage and disease activity. However, it is believed that auto-antibody positive fibromyalgia patients are at higher risk of developing SLE.

SLE patients undergoing long-term steroid therapy generally have increased tenderness at the tender points, and withdrawal of steroid therapy often mimics fibromyalgia-like symptoms. Thus, it is important for a physician to thoroughly consider the medical history of a patient while diagnosing fibromyalgia.

Fibromyalgia syndrome and Sjögren’s syndrome (SS) – prevalence of fibromyalgia is about 15% in patients with primary SS. Patients who suffer from both fibromyalgia and SS demonstrate higher symptom intensity and SS activity. Studies have found that fibromyalgia is associated with higher intensity of certain symptoms (dryness, limb pain, and fatigue) as well as more severe depression in primary SS patients.

Fibromyalgia and ankylosing spondylitis (AS) – average prevalence of fibromyalgia among AS patients is 13% (range: 4 – 25%). Studies have found that fibromyalgia is significantly correlated with higher AS disease activity. The most common symptoms between fibromyalgia and AS are fatigue and sleep problems. Although pain is experienced in both the conditions, the nature and origin of pain is different.

Diagnosis of AS is mainly confirmed by inflammation of the sacroiliac joint, increased erythrocyte sedimentation rate, positive HLA-B27 test, and inflammation of the eye (uveitis). In addition, AS patients mostly have pain in the sacroiliac, hip, and shoulder joints. In general, physicians suspect the presence of fibromyalgia if AS patients have pain beyond the spine that affects the knees, thighs, elbows, and shoulders.

Fibromyalgia and polymyalgia rheumatica (PR) – since both the conditions are associated with muscular pain, PR can often be misdiagnosed as fibromyalgia. However, there are differences between fibromyalgia and PR. The pain and stiffness associated with PS are generally localized to the muscles of the neck, shoulders, and hip areas. The pain is not chronic in nature and usually lasts for around 2 years. Laboratory tests can indicate abnormalities in patients with PR but not fibromyalgia.

In contrast, fibromyalgia pain is distributed all over the body and generally long-lasting (chronic).

Myofascial pain syndrome (MPS) – MPS is often misdiagnosed as fibromyalgia as both the conditions are associated with chronic pain sensation. However, the nature of the pain differs between fibromyalgia and MPS. While MPS is related to muscular pain arising from localized trigger/tender points (painful areas of tight fibers formed within a muscle), fibromyalgia pain is diffuse and migratory and involves both muscles and joints.

Moreover, other common symptoms of fibromyalgia, such as extreme fatigue, sleep disturbance, and irritable bowel syndrome, are not frequently associated with MPS.

Chronic fatigue syndrome (CFS) – although fibromyalgia and CFS are interrelated conditions, some differences do exist. The most common symptoms between these two conditions include pain, fatigue, sleep disturbance, dizziness, memory problems, digestive problems, and anxiety and depression.

In contrast, the major criterion for diagnosing CFS is the presence of fatigue for more than 6 months together with sore throat, enlarged lymph nodes, muscle or joint pain, and other symptoms of systemic disorders.

Fibromyalgia and other related conditions

Fibromyalgia is related to many diseases that are otherwise clinically distinct entities. These are as follows:

Fibromyalgia and diabetes mellitus (DM) – both the conditions are interlinked. The likelihood of developing fibromyalgia is higher in DM patients with uncontrolled glucose level. Studies have found that patients suffering from both fibromyalgia and DM have significantly higher levels of HbA (1c), indicating a poor control of blood glucose level. Such patients also have increased numbers of tender points and higher pain sensation, sleep disturbance, fatigue, and headache than those without fibromyalgia.

Studies have found that severity of CTS is highly correlated with the functional impairment in patients with fibromyalgia, and moderate CTS is the most common form in fibromyalgia patients.

Fibromyalgia and temporomandibular disorder (TMD) – although clinically distinct entities, the prevalence of TMD is higher in patients with fibromyalgia. The most common symptoms between these two conditions are pain, sleep disturbance, lack of attention, articular sounds, and movement limitation.

In contrast to the centralized pain in fibromyalgia, TMD is associated with orofacial pains in the masticatory muscles, which originates from the tender points. The pain often migrates toward the neck and shoulder areas.