A healthy bladder will have an adequate capacity to retain urine and provide strong urges to pass urine when the maximum capacity is neared. In patients with limited storage capacity for various reasons – e.g. a small bladder or an irritable detrusor muscle – symptoms such as urinary incontinence will arise. These may include increased frequency of voiding by day and by night, with urgency and often urge incontinence. 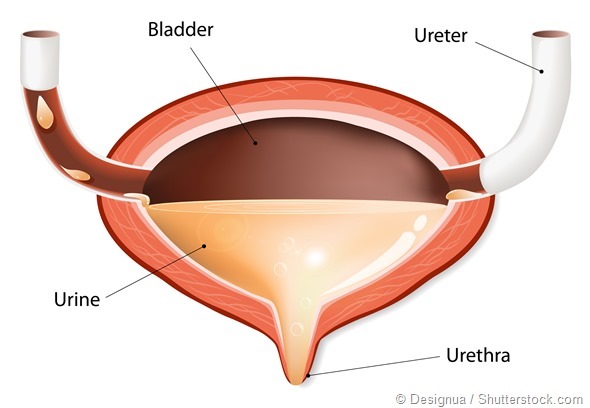 The role of foods and beverages on the bladder or on urine production by the kidney has been investigated in several studies. It is known that modifying the diet to dispose of these possible irritants or continence challenges may be helpful in preventing or reducing incontinence. Yet it is important to note that healthy bladder habits do not automatically mean healthy bladder function, as many factors (many of them unknown) are involved in the proper bladder function.

Caffeine is not only a diuretic of considerable potency, but is found in many foods and beverages. These include tea, coffee, several medications (available both with and without prescription), and many soft drinks.

The role of caffeine in stimulating the bladder muscle, increasing its excitability and increasing the detrusor pressure is well known, and thus it provokes the symptoms of overactive bladder. The effects depend upon the dose.

The patient needs to be asked about caffeine intake, and educated about the relationship between caffeine and overactive bladder symptoms. In addition, they may be asked to replace their caffeinated with non-caffeinated drinks, and the effects on the patient’s symptoms may be noted.

If the change is not remarkable, and patients do not want to quit caffeine, they should be advised to limit their caffeine intake to 200 milligrams or less per day. This is equal to two cups of normal coffee. The restriction is intended to produce benefits such as the reduction in the symptoms of frequency and urgency.

Other foods and drinks which provoke bladder irritability

Though the evidence is weak, some studies do suggest a link between overactive bladder, urge incontinence and carbonated drinks in females. Furthermore, aspartame and other synthetic sweeteners have been shown to promote detrusor contractions in rodents, and if so, their consumption may lead to overactive bladder symptoms.

Alcoholic drinks, citrus fruits, citrus juices, and hot peppers, may all increase the discomfort or excitability of the bladder, and provoke urinary leakage. The patient should be informed of the negative effects of these foods and advised to moderate their usage.

In addition to these foods, specialists suggest eliminating suspect foods one by one from the diet to observe the effect of such omissions on the bladder symptoms.

It is well known that drinking too much fluid can lead to worsening of overactive bladder symptoms and provoke urinary leakage. However, the solution is not to restrict fluids, for the resulting over-concentration of urine may cause further irritation of the bladder mucosa, leading in turn to urgency, frequency and even infections of the urinary tract.

It is thus wise to make an initial assessment of the patient’s current fluid intake, using (for instance) a bladder diary. The total intake per day should be about 1500 milliliters, but this should be differentiated depending on the patient’s weight. About 30 milliliters of fluid should be advised for each kilogram of body weight within a 24-hour period (according to the US Food Science Board guidelines).

However, the fluid intake in the evening, for three to four hours preceding bedtime, should be restricted to avoid nocturnal frequency. Instead, more of the total intake should be in the morning and afternoon.

Constipation may be understood as defecation occurring less than three times a week, or as having to strain in order to pass stools. This condition is directly associated with urge incontinence in elderly patients, as well as with overactive bladder.

Constipation of a severe degree also appears to be linked with loss of function of the pelvic floor muscles. In addition, when constipation is relieved, urgency and frequency of urination also show a considerable improvement.

Dealing with chronic constipation is best done by choosing high-fiber foods such as wheat bran, deliberately drinking more liquid during the daytime, doing regular physical exercise of some sort, and setting up a routine for passing stools at a regular time. In addition, patients should be informed of the ill-effects of not responding to the urge to pass stools at once, instead postponing it for some reason. This leads to further drying out and hardening of the stools, exacerbating constipation.

Being overweight or obese is a risk factor for overactive bladder symptoms, as well as urge incontinence in both men and women. This is probably due to the increased pressure exerted on the pelvic floor by the excessive weight which pushes up the intra-abdominal pressure.

Chronically increased pelvic floor stress can damage the pelvic diaphragm, either the muscles or the nervous regulation, leading to dysfunction of bladder control. Weight control is thus of great importance in obese patients with urge incontinence. This should be given due attention, with regard to the proper diet in relation to other medical conditions which the patient has.