"The Rachel" Is the Best Worst Haircut I've Had

This year is Allure's 30th Anniversary, and we're celebrating by looking back at iconic moments in beauty from the past three decades. You can read more articles like this one here.

Arguably, the biggest mistake I made during my senior year in high school was sneaking Mr. Baron's Jaguar XJ6 out of the garage so that Natalia and I could hit South Beach with our newly-acquired fake IDs.

The second biggest mistake: cutting off all my hair to get in character for the adventure. You see, Miami in the mid-'90s was a city on the verge of super-coolness. There were Cosmos and inside-out California rolls, Camel Special Lights to consume, and nightclubs to sneak into. And if you were an irresponsible, deceitful, ever-so-slightly entitled teen with the moxie to steal your best friend's dad's car to go out for sushi on Ocean Drive in the hopes of glimpsing Stephen Dorff or Matt Dillon, you were going to do it in peak style.

In the spring of 1997, nothing — and I mean nothing — was more stylish than Jennifer Aniston's Friends character Rachel Green and her iconic, face-framing haircut, "the Rachel." That's why I ended up at the hair salon with a tattered InStyle magazine cover and big Friday night plans. Rachel Green was a beautiful, bubbly, 20-something New Yorker. I was an awkward, 17-year-old high school athlete. But every Thursday at 8 p.m. what I saw in Rachel felt exactly like what I was lacking — right down to that effortless haircut. 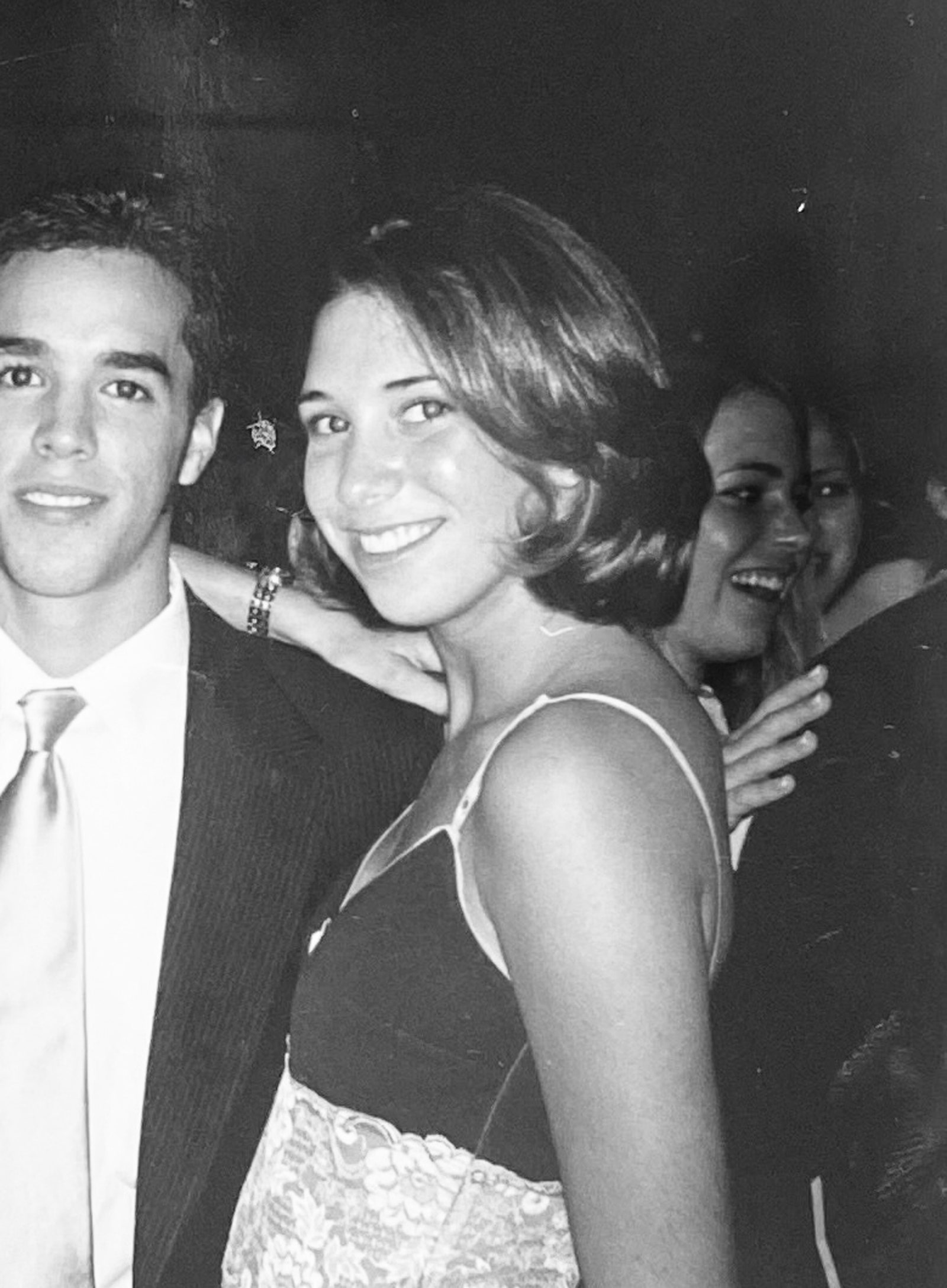 The writer wearing "the Rachel" at her senior prom in 1997.

So I decided to try it on. I sat in the salon chair with great anticipation as my practical, soccer-player lob was sliced and razored. I watched the chunks float down to the floor. With phase one of my reinvention complete, all I needed was a slinky slip dress, rhinestone choker, and mini bag hanging from the crook of my elbow. Rachel Green's self-assured coolness was mine for the taking. But the truth is, it didn't suit me. Not the moxie, not the fake ID, and not the haircut. That night on South Beach ended without much fanfare.

We slipped the Jag back into the garage, giggled like the bratty, confidence-faking teens we were, and settled into the kitchen for some Shake 'n Bake chicken. In the days that followed, I began to understand the gravity of my situation. For me, "the Rachel" was anything but effortless. It was not a wash-and-go style; it required a blowout with a round brush to help define all those flicks. But my hair was thick and the humidity in Miami was thicker, so even that wasn't enough. The shaggy layers poofed up in all the wrong places. They couldn't be held back for a soccer game, and no amount of bobby pins could control the mound of frizz on my head. As I grew out that cut, I discovered that my truest effortless hair was long, wavy, and actually quite beautiful. My most self-assured hairstyle? A no-nonsense ponytail. To this day, it's still how I wear my hair. But trying on "the Rachel" was good for me. Ultimately, it served its purpose because, after all, part of learning who you are is learning who you aren't.

Hairstylist Chris McMillan (below, with his longtime client on the set of her January 2015 Allure cover) sounds off on creating a cut that defined an era. 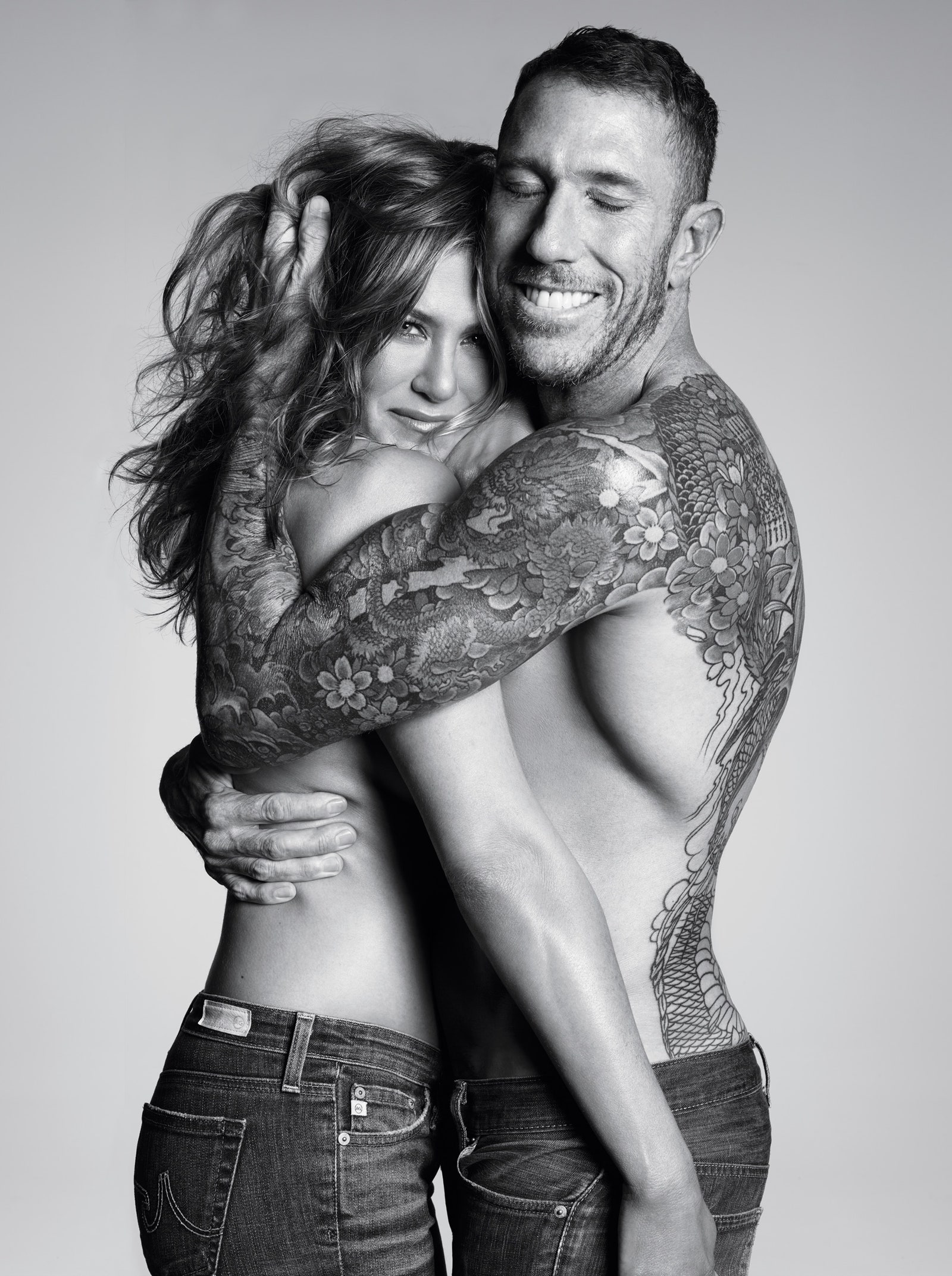 "My first memory of the haircut was when Ward, the rock god of hair, gave the midlength shag with face-framing layers to Beri Smither, who was a major model in the '90s. I gave a similar cut to Cameron Diaz. And then I gave it to Jen. That’s when Pandora's box opened and everyone had to have 'the Rachel.'"

"Do I have any regrets? Sure, I could have cashed in and done a great business deal early on; started a 'the Rachel' product line or something. But I'm not a businessman, I'm a hairdresser. And I had much more fun doing what I did. My line of work is all about relationships, and many of those have endured because I stayed in my lane."

"I still see 'the Rachel' on TV. It looks amazing on the ladies of MSNBC — Chris Jansing and Stephanie Ruhle. I still give a version of the cut to some of my clients. But what makes it modern and cool all these years later is that there is less volume at the crown. The styling and the vibe are different. In 2021, that's how you take 'the Karen' out of 'the Rachel.'"