One day, when my daughter was about four years old, she plucked a sanitary towel out of my toilet bag, unwrapped it and stuck it to her forehead. Her big brother (six) ran through from his bedroom to see what I was laughing so hard at.

It’s a moment that sticks in my mind, and not only because it gave me belly laughs the way only a four-year-old can. It turned out to be an impromptu early opportunity to talk about puberty, partly because when my son shrieked, “What does she have on her head?!” I couldn’t think of what to tell him besides the truth.

This is always the best place to start, says “birds-and-bees coach” Jill Whitney, LMFT. “Treat puberty as just another fact of life — which of course it is,” she said. “Don’t hide the tampon boxes. If kids ask what they’re for, tell them: ‘Those are for when Mommy has her period.’”

And there’s really no such thing as “too young” when it comes to talking about puberty. Dr. Gail Saltz, Associate Professor of Psychiatry at the NY Presbyterian Hospital Weill-Cornell School of Medicine, recommends starting discussions about bodies and bodies as young as 3, 4 or 5. “This leads to a natural and comfortable conversation about the changes that are associated with puberty happening later but before puberty becomes a factor for them or for their peers,” she said. “Talking about it before it happens helps a child more comfortable when it does happen. Knowledge is power.”

Sticking to the facts means striking cutesy names and euphemisms from your vocabulary and using accurate language for body parts and sex from the get-go. This helps avoid misinterpretation, explains Whitney, who blogs at KeepTheTalkGoing.com. “Your kids may not realize, for instance, that ‘making love’ and ‘sleeping together’ mean the same thing as ‘having sex,’ and really vague stuff like ‘a special hug’ is especially confusing.”

After that basic overview, you can add details: periods, hair changes, voice changes, breast changes, sexual feelings, etc. Let your child guide you at this point: if they seem interested, you can keep going and see where the conversation takes you, but if they seem a little overwhelmed, let them digest that information and return to the subject another time. You don’t have to cover everything else all at once — think of it as an ongoing conversation you’ll have over several years, which will develop as your child does. 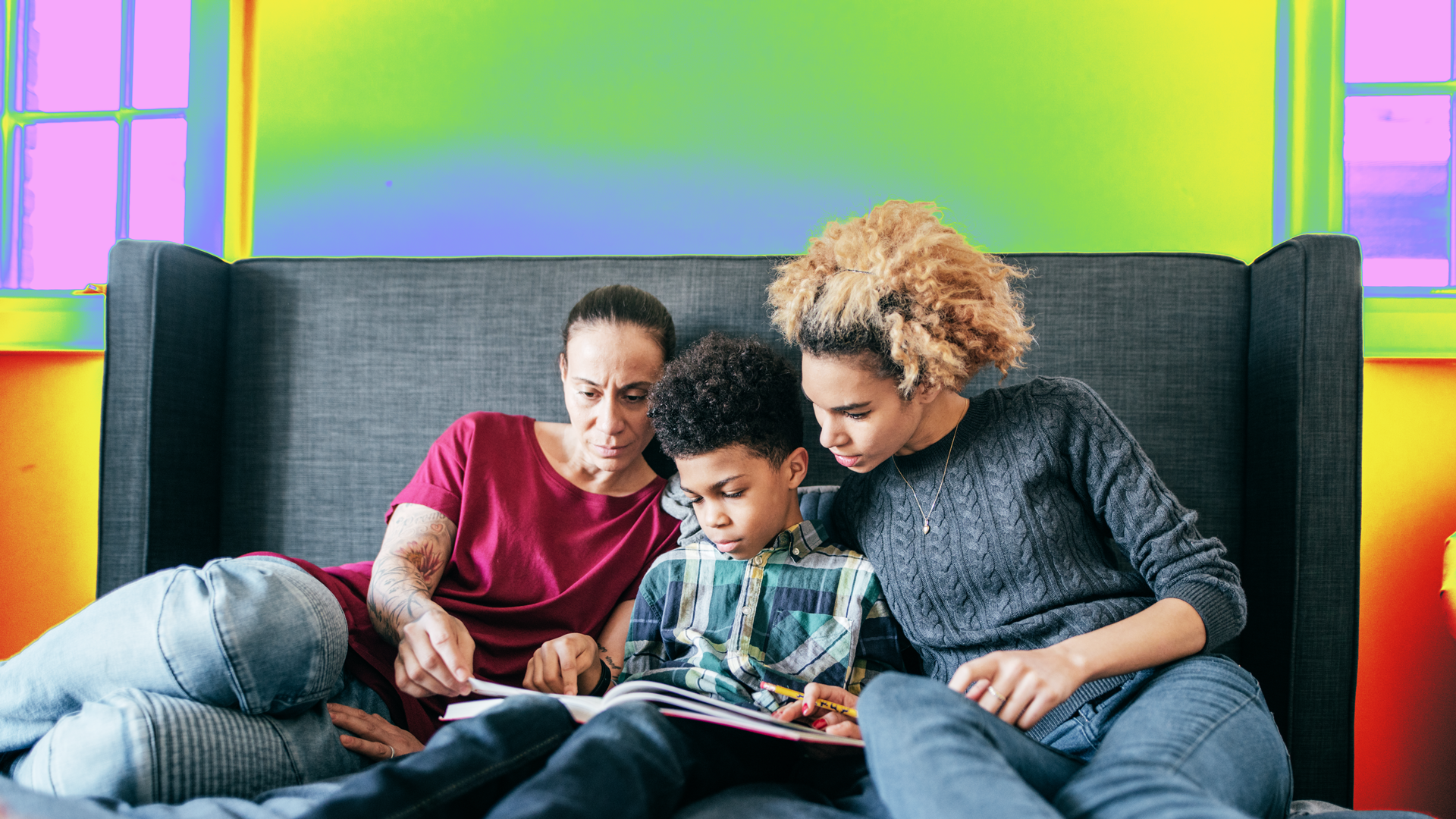 “The most important thing to emphasize about puberty is that it’s a normal process and it’s a little bit different for everyone,” said Whitney. “Some kids develop earlier, some later, and everyone ends up just fine. It’s common for kids to have mixed feelings about how their body is changing. Puberty can be exciting, scary, or confusing, and that’s all okay.” If you had your own confusing or awkward feelings during puberty (and who didn’t?) sharing them might reassure your child and make them feel more comfortable confiding in you.

Girls need to know about periods from a young age, adds Whitney. Again, stick to the facts and be reassuring. She suggests saying something like: “Adult women and teen girls who’ve been through puberty are capable of having a baby, which grows in a special part of her body called the uterus. Even though most months the woman won’t get pregnant, every month the uterus gets ready, just in case. The lining of the uterus gets washed out in a flow of blood. It’s called ‘having your period.’ The woman catches the blood using a pad or tampon, which I can show you. It sounds kind of scary, but it isn’t; it’s just what women’s bodies normally do.”

Saltz points out that boys should be taught about periods too — if the days aren’t gone when boys and girls go into separate rooms for sex ed class (to be taught about erections and periods, respectively), then they should be. Periods aren’t just a thing that happens to women; everyone will, at some point, come into contact with someone who’s on their period. In fact, both sex’s changes should be explained to all kids, says Saltz.

For lots of parents, accepting that their kids have sexual feelings is one of the hardest parts of parenting. Like periods and physical changes, the best approach is to normalize them, says Whitney. “You don’t need to go into detail; just make sure kids know there’s nothing wrong with them for having crushes or getting aroused,” she said. “Say something like, ‘As your body changes, you may find your feelings change, too. You may start to feel attracted to certain people, like you think about them all the time and want to get close to them. You may start having sexy thoughts. It can feel good and sometimes it can feel weird, but it’s fine. We can talk more about this if you like, but the important thing is to remember that all that is normal.’”

And if you need some backup, you can’t go far wrong with a couple well-chosen books. Books offer more detail about puberty than most people know (or remember), says Whitney. Plus, they let kids absorb as much or as little detail as they want, when they want. “But don’t just give them a book to get out of having an awkward conversation,” she added. “Offer to read the book with your kid. Even if they decline, the offer matters.”

No matter how prepared you think you are, you might still be caught off-guard by a question from your kid, or get embarrassed about certain aspects of the conversation. That doesn’t matter. What does matter is being open to those questions — even the super-awkward ones.

“Be clear that curiosity is a good thing,” said Saltz. “Be positive about the wonder of the body and that liking your body and enjoying your body are important aspects of growing.”