The Lion King review by a parent: A laugh riot with super special effects

Into the film’s bleakest hour, enter the hilarious, much loved duo of Pumbaa the warthog and Timon the meerkat. Their antics had something for children and adults alike. Pumbaa’s fart jokes drew the wildest laughs from children. 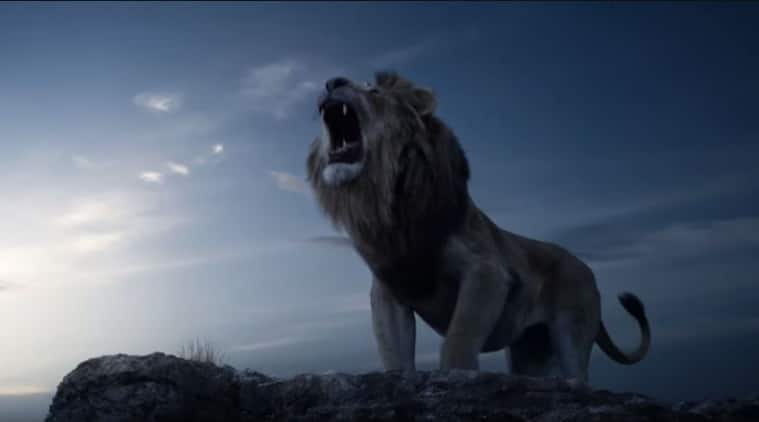 The king is reborn in 2019. Long live the king. Disney’s new Lion King is the latest in the recent trend of revamped live action remakes of animation films. While the debate rages on over whether this qualifies as a live action film at all, given that it’s simply more high-tech animation, it can never be easy to live up to an old favourite.

We went to watch the film with some reluctance, expecting a childhood favourite to be a mindless rehash. Protests of “no, do we really have to” from the boys meant we weren’t really expecting much from the film, but were pleasantly surprised. The movie turned out to be a full-on entertainer, with jokes and gripping action scenes guaranteed to appeal to kids and adults alike. After listening to me refer to the 1994 film as the “original”, my pre-teens helpfully informed me the teen-approved term is “OG”, not original – #urbandictionarylessons. Jon Favreau’s new film doesn’t really tinker much with the storyline of the “OG” movie – jealous lion sibling, gullible cub, return of the prodigal – and yet manages to be an engaging visual treat.

The first visuals of the Pride Lands of Africa are so realistic, it almost feels like you have stepped into an Animal Planet show. The incredible John Oliver provides the voice for Zazu and is suitably funny and clumsy in his role as advisor to King Mufasa.

Props to the filmmakers for retaining James Earl Jones’ voice as Mufasa’s in this version as well. It’s such a pity that Scar’s character doesn’t have Jeremy Irons’ menacing voice in the new film. While Scar in the 1994 film struck fear in the hearts of younger viewers, the new Scar is smarmy and manipulative, but not nearly as frightening as one would expect. To mix things up, there’s the new angle of Scar having been in love with his brother Mufasa’s wife, which the original film didn’t have. I’m all for layering a character, but I long for the menacing looks of the OG Scar, with a flowing mane, piercing eyes and a commanding presence. What we get here is a faded, starved looking lion, with fur that looks like a faded old carpet. The song “Be Prepared” pictured on Scar is a bit flat, unlike the original.

The story is familiar – Simba leading a carefree life with the pride, his father grooming him to be a future king to rule over the delicate balance of nature around them. The little cub is in just a little bit of a hurry to grow up and to not be called a cub. Scar and his manipulation of little Simba’s innocent mind lead to tragedy.

You can see just how far technology has come in these past couple of decades, with Mufasa’s life-like mane; and visuals of bees and beetles and fireflies, craggy terrain below and a million glimmering stars above, all so realistic you almost feel like reaching out to touch them. The flip side of this ultra-fancy high tech animation is that it can’t match the intricate facial expressions of the original animation. Simba’s facial muscles don’t manage to move to convey his terror at his father’s impending death, but his eyes and voice convey the sense of horror the little cub feels he has unleashed.

The special effects in the wildebeest chase scene are spectacular. The entire movie hall was stunned into silence – for those few minutes, not even the crunch of popcorn could be heard. In one fell swoop, little Simba’s world comes crashing around him and he is forced to blame himself. This bit is so well done, our hearts were in our throats; almost stretching out our hands to console the very realistic looking little cub.

Into the film’s bleakest hour, enter the hilarious, much loved duo of Pumbaa the warthog and Timon the meerkat. Their antics had something for children and adults alike. Pumbaa’s fart jokes drew the wildest laughs from children. These two were a riot, and their jokes are given a modern day update. They still live the philosophy of hakuna matata –only the problem free philosophy is now replaced with a slightly strange live for yourself philosophy, but the younger viewers were so engrossed in humming along the song that this will likely just fly past their heads. When the intensely dramatic fight to defeat Scar begins, you know how it’s going to end, but the scene is directed so well that it ends up being a nail biter regardless.

Swear-o-meter: None at all. Jokes for all ages, and nothing inappropriate.

Yay or nay: A definite thumbs up. A laugh riot, action bonanza and emotional roller coaster all rolled into one.

My pre-teens’ review: My boys loved the action sequences and jokes, and were in awe of the super realistic feel of the special effects –the grasslands, the waterfall, the animals- it was hard to believe these weren’t real. From the laughs and giggles from all over the movie hall, it was clear that the film appealed to the younger lot.

Positives to take away from the film / talk to your kids about: Mufasa speaks of the delicate balance in the forest, the circle of life –it’s a way to understand the actual balance of nature. It’s good to know that Nala has a larger role than in the original (after all you can’t cast Beyonce and expect her character not to shine).  Rafiki says “everybody is somebody, even a nobody”, and it’s such a great stepping stone to talk of appreciating each person’s uniqueness.

Go for it: Carry the nostalgia of the original, but don’t compare the two. This one’s a thrilling ride, a visual delight sure to entertain children of all ages.