Target is expanding its Halloween offerings to include even more adorable trick-or-treaters this year. Their Hyde and Eeek! Boutique is featuring several costumes specially designed to be adaptive for kids with disabilities, including two add-on features to turn a wheelchair into a carriage worthy of royalty or a swashbuckling pirate ship. 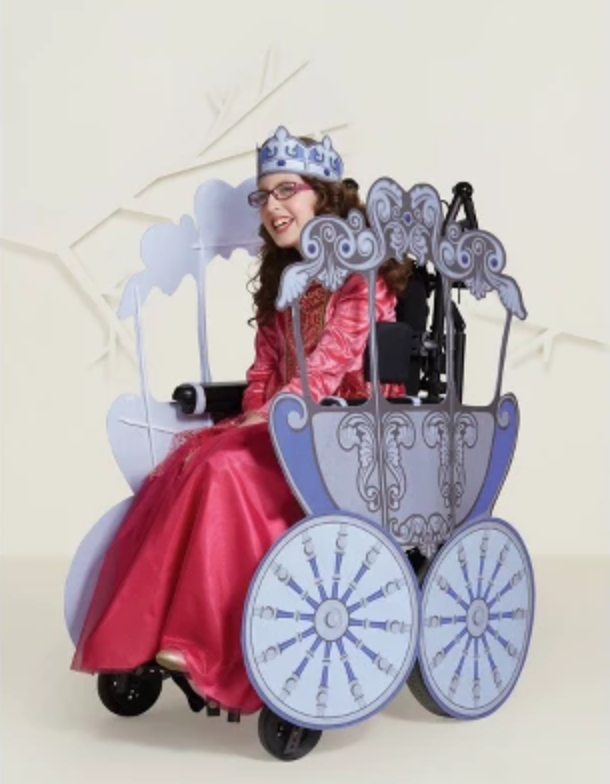 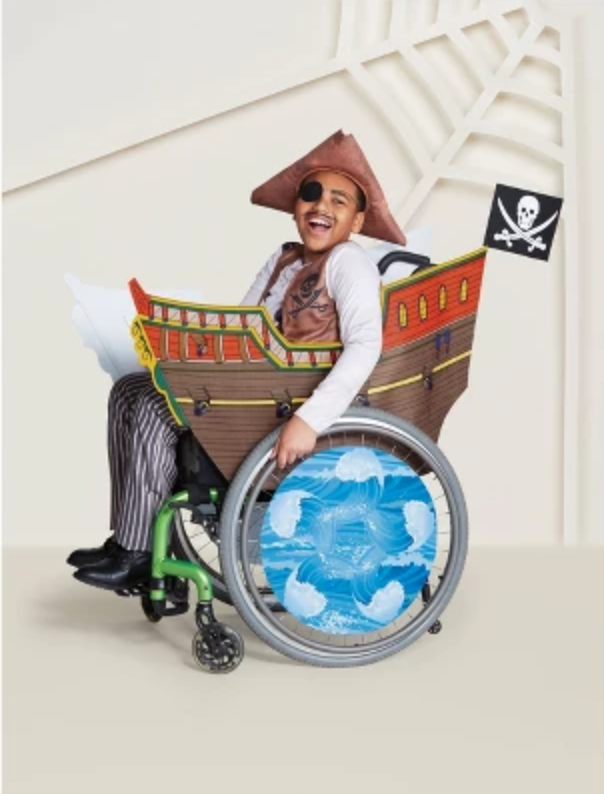 Both the carriage and ship are part of a larger selection of costumes designed to be adaptive for kids with disabilities. The princess dress and pirate costume, which are sold separately, are also made to be easier for kids in wheelchairs to dress and wear. Additionally, Hyde and Eek! is selling two adaptive costumes designed specifically for kids with sensory issues. A shark costume and unicorn costume are tagless and have flat seams, designed to be less irritating for kids who have sensory processing sensitivities, which can include those with autism.

While the selection is limited, it’s hopefully a start towards wider, more inclusive offerings in the future. Parents of kids with disabilities face challenges around Halloween and are often required to DIY costumes that can accommodate wheelchairs. While homemade can be fun, it’s also nice to feel like you’re making the choice to go store-bought or DIY, not being forced to. And because the costumes and wheelchair accessories are sold separately there’s still room for creativity if kids would rather be, say, a handsome prince in a carriage or a pirate’s parrot aboard a ship.

This isn’t Target’s first foray into making kid’s offerings more accessible. In 2017 they started adding adaptive clothing to its kid’s clothing like Cat & Jack, CNN reports. You can see their full line of adaptive clothing, which starts at toddler and goes through kid’s sizes 14-16. There are more limited adaptive clothing options for adults as well.