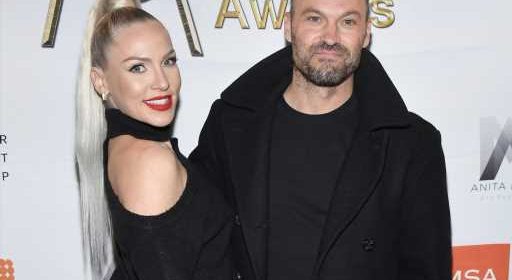 Sharna Burgess and Brian Austin Green told the world that they’re the definition of going with the flow. Especially since Burgess recently revealed that they weren’t expecting their pregnancy in the slightest and decided to just go with it!

On March 7, Burgess went onto Instagram Live to answer any and all questions that fans had for the expecting mama. In a shocking answer, she revealed that despite being on birth control, they conceived a child — and decided to go with the flow with the unexpected news.

She said, “We were thinking of trying mid to late this year lol. But the Universe made her own plan, found a window, and went for it. We are big believers in everything happening for a reason. There was definitely Divine timing with this one and we are excited about it, trusting in it. We knew it was on the cards for us, so why not now.”

On the same day, Burgess couldn’t help but gush over her little one and how excited she and Green are to welcome their son into the world.

In the post, she shared a photo of her growing baby bump with the caption starting with “Bumpin our way into 23 weeks :).” She then gave fans an update on everything, such as crying to random commercials, new cravings, and how “impossible” it is to get dressed.

She then added, “Pregnancy is wild, and I am loving every second of watching, observing, and admiring the magic that is happening. Even when it’s hard. There is a freaking HUMAN growing inside of me. He’s gonna have a whole life, hopefully, a beautiful one, and I will have brought him into this world.”

Burgess and Green met back in 2020, dating soon after meeting from mutual friends. Then on Feb. 4, they announced they were expecting! This will be Burgess’s first child. Throughout Green’s star-studded dating life, he has four sons. He shares Kassius Lijah Marcil-Green, 19, with ex-fiancée Vanessa Marcil, and three more sons named Noah Shannon, 9, Bodhi Ransom, 8, and Journey River, 5, with ex-wife Megan Fox.

Before you go, click here to see all the celebrities who have opened up about the struggles of co-parenting.