Ryan Reynolds isn’t sleeping well — and the actor is blaming his and Blake Lively’s two children.

“Bags under my eyes by two thankless a–holes who refused to go to bed the night before, despite the fact I read them Winnie the Pooh and nearly half of Stephen King’s The Shining,” the Deadpool star, 42, jokingly captioned a Wednesday, September 18, Instagram post promoting his Aviation Gin. 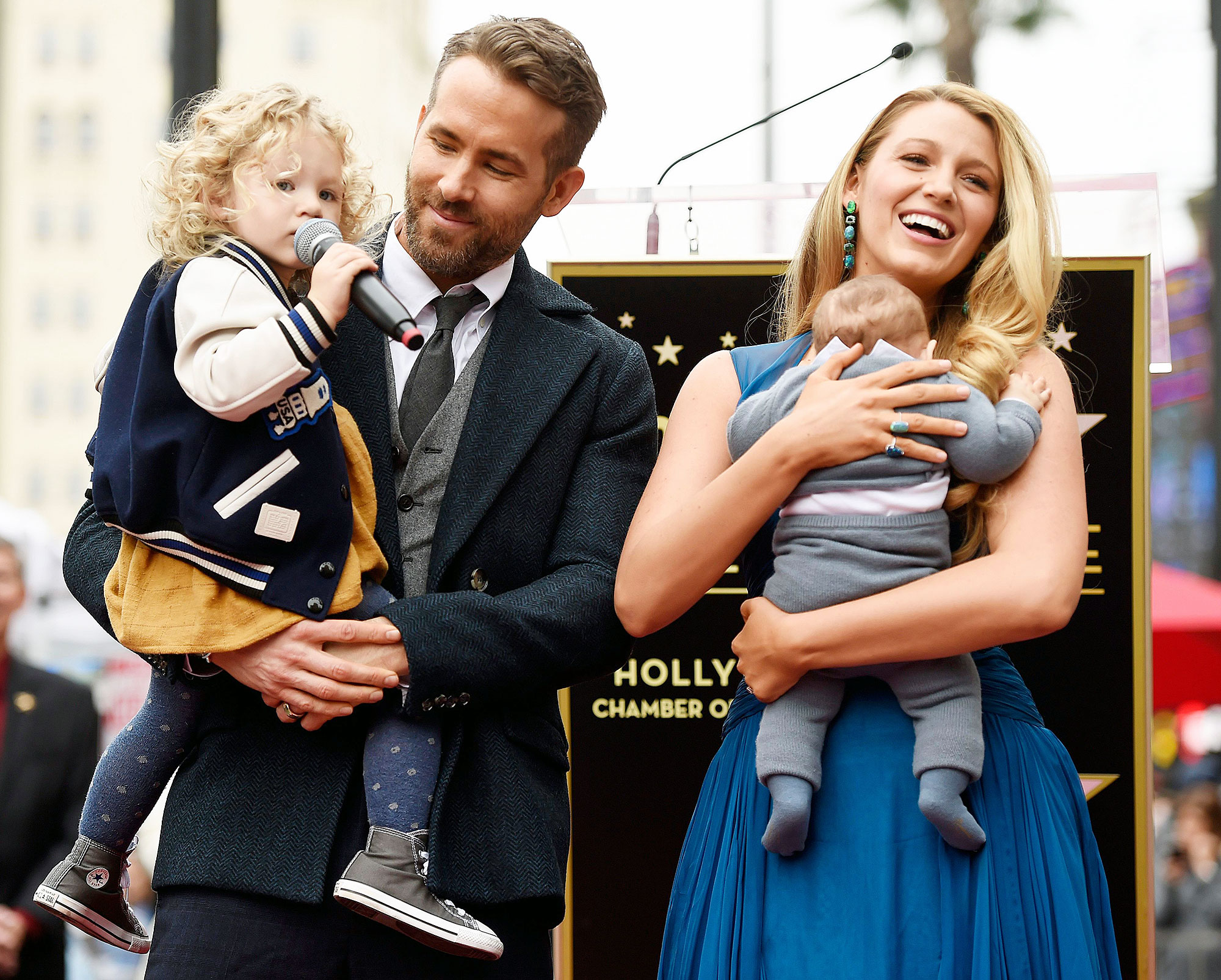 Dwayne “The Rock” Johnson commented on the social media upload: “Love these shots and love your gin. Oh but I’m an ‘a–hole’ cos I wanted you to read the second half of The Shining?”

Lively, 32, who shares James, 4, and Inez, 2, with the Canadian actor, added, “Feeling very happy about my life choices right about now.”

The Gossip Girl alum and Reynolds announced in May that she is pregnant with their third child when the actress debuted her baby bump in a bright yellow dress at the Pokémon Detective Pikachu premiere.

Last month, a source told Us Weekly exclusively how the Los Angeles native is preparing for their newest arrival. “Blake has a really great support system [in Westchester, New York],” the insider told Us in August. “She has several mom friends and loves having them over for play dates.”

She and the Golden Globe nominee have kept their little ones out of the spotlight since starting their family in 2014, and Lively opened up about this two years later.

“Ryan had a nice, normal upbringing, and we want our kids to have the same normal life that we had,” she told Marie Claire in 2016. “We don’t ever want to rob them of what we had because then we’d feel really selfish.”