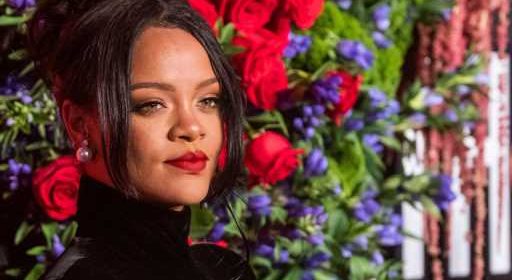 Pop some champagne because Rihanna is officially a new mom. TMZ reported that the singer gave birth on May 13 in Los Angeles … and it’s a boy! No word yet on his name, but fingers crossed for an update soon.

Rihanna announced that she was expecting a baby with boyfriend A$AP Rocky via Instagram back in January, with stunning winter-y photos of the couple posing in Harlem. “How the gang pulled up to black history month,” she captioned the series of snapshots. True to form, the singer was already rocking one of her many stylish maternity outfits, this time a bright pink Chanel jacket that was unbuttoned to reveal her bump.

Rihanna has made headline after headline for her pregnancy looks, which have been a seamless continuation of her regular edgy, playful style. It wasn’t always as easy as she made it seem, though.

“There’s a pregnancy glow. There’s also those days, girl. Especially in the third trimester where you wake up and you’re like, oh, do I have to get dressed,” Rihanna said during an interview with Elle. “…The face gets a little round and chubby. The nose starts to spread. Everything is a challenge, from getting dressed and how you’re going to do your makeup. But I like challenges. I like things that force me to be creative and create in new ways.”

She also opened up about what kind of parent she sees herself becoming — and everybody should probably watch out. She compared herself to The Real Housewives of New Jersey‘s Teresa Giudice. “Teresa from Jersey does not play about her kids,” she told ELLE. “She will flatten you about those kids. And that resonates with me a lot because I feel like that’s the type of mom I’m going to be. Psycho about it. You talk about my kids, it’s over,”

A big, big congratulations to the couple on this exciting news!

These celebrity moms revealed their pregnancies in some awesome ways.