Michael B. Jordan Has Baby Names On His Mind 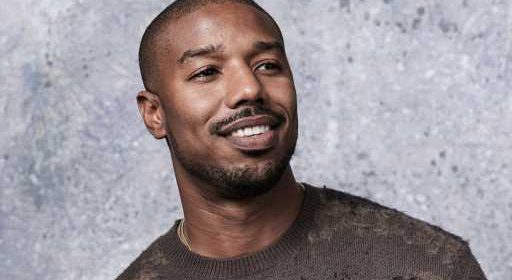 Sometimes it just takes the right person to spark those full-on thoughts about planning your personal life and future. And if you’re People’s reigning “Sexiest Man Alive,” Michael B. Jordan, inquiring minds like talk-show host Ellen DeGeneres (and millions of others) are going to want to know everything from whom you’re dating to when you’re planning on getting married. And also what you’ll name your future children. 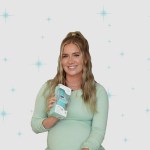 Lauren Burnham Luyendyk Feared 'Losing' Herself as a New Mom, But Now She's Ready for Twins

Jordan is notoriously private about his relationships, often claiming to be single or just confused about dating, as he did in this 2018 GQ interview. So when the Without Remorse star and influencer and entrepreneur Lori Harvey (she’s also Steve Harvey’s stepdaughter), recently made their love Instagram-official earlier this year, after a few months of dating, all eyes have been focused on their every photo, interaction and comment about each other.

When Jordan made an appearance on The Ellen DeGeneres Show for Monday’s episode, DeGeneres took the opportunity to ask Jordan about fatherhood, specifically if he’ll continue the naming tradition passed down from his dad, Michael A. Jordan, by naming a son Michael C. Jordan.

“I am breaking that circle right there,” said Jordan, who’s also on the current cover of Men’s Health. “It’s too much. The pressure I had to live up to my dad’s name, and I’m not gonna put that on my kid. I’m gonna give him his own identity. Yeah, he’s gotta walk in his own shoes.”

While Jordan has a possible future with Harvey and hypothetical little ones on his mind, he’s actually in no rush to become a dad. He has a 1-year-old nephew Lennox, his sister’s son, to thank for carrying some of the pressure to have his own children right now. “He bought me some time,” Jordan chuckled to Degeneres. “Lennox definitely gave me a break right there.”

The Black Panther actor shared with People last month that as he’s gotten older, he’s more comfortable in the public eye, so he decided to “take ownership” of his relationship with Harvey.

“I’m still private, and I want to protect that, but it just felt like it was a moment of just wanting to put it out there and move on,” Jordan told the magazine. “I am extremely happy.”

We wonder if Jordan’s future littles would land in this list of unusually named celeb babies.