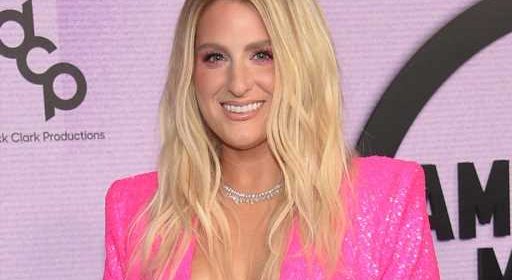 Now that Meghan Trainor is a mother, she knows damn well she can achieve anything in life, and she’s inspiring other muthas out there to believe the same of themselves with a hilarious speech she gave during an interview with Genius.

In a clip that’s circulating on TikTok, the pop singer says, “After making a human — I made eyelashes. I made eyelids. I made balls — there’s nothing I can’t do! You know what I’m sayin’? After I went through a surgery — they took my guts out; I was awake. Try to stop me. I’m gonna achieve all my goals.”

TikTok is feeling exactly what she’s saying, and the comments prove that people are living for her hyped-up attitude toward herself. Fellow mamas commented, “I love this perspective. I made eyelids 3x! I’m superwoman,” and “IF WE ALL SAID THIS TO OURSELVES!!! Like could you imagine!?!?!” Others wrote, “As a c-section mum. I needed to see this 😂 love it” and “I’m using this as my daily peptalk.”

One snarky mom hilariously commented, “I’m sending this to my ex-husband since he thinks I can’t do anything.” Others were rolling on the floor at Trainor’s comment about making balls, with one TikTokker writing, “She literally grew a pair!!!” Another person summed up her empowering speech in a single word: “Period.”

Trainor gave birth to her son, Riley, whom she shares with her husband, Spy Kids star Daryl Sabara, in February 2021. According to an exclusive interview she did with People, the singer said, “I’m ready for three more kids!” She lovingly explained, “The biggest change [since becoming a mom] is that anytime I walk into a room with him in it, it’s the biggest smile and the most joy, the most love anyone could ever give you. He recognizes me and he’s like, ‘I’m so excited to see you.’ And to look at that and be like, ‘I made that. That’s crazy. That came from love. That came from soulmates.’ It’s the greatest.”

These celebrity moms are proud of their C-section scars — as they should be! 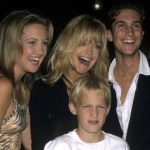