Is This Mom Wrong for Letting Let Her Son Attend a Birthday Party When Her Nephew Isn't Invited?

No matter the age group, when it comes to birthday parties and the all-important invitations, there can be drama and hurt feelings. When there are kids involved it’s especially challenging because frequently, the parents are causing the conflicts — and the children suffer the consequences. 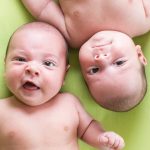 This Mom Kept Her Chosen Baby Name Even After Sister-In-Law Used It — Was She Wrong?

That’s the situation on Reddit’s Am I The Asshole forum, where a mom is asking if she’s in the wrong for allowing her son to attend the birthday party of a classmate while her sister’s son (who is in the same class as the two boys) was not invited to the party. The reason: The boy’s mom has garnered a bad reputation with the other parents by being super strict about healthy food.

Here’s the situation: The original poster (OP) shares that she and her sister both have 8-year-old sons who attend the same school and are in the same class. The OP’s son’s best friend is having a birthday party and invited most of their class, but not everyone.

“My nephew was not invited but my son was. The reason my nephew wasn’t invited is my sister has built up a bad reputation with the parents. She doesn’t allow my nephew to eat fast food or junk foods ever and has shown up to parties with my nephew demanding alternatives be offered for him, and even brought him to a couple of McDonald’s birthday parties and then bitched that he wasn’t allowed to eat anything there. She even made demands that they provide a birthday cake that’s healthy.”

We can understand the OP’s sister hoping for healthy options for her son — especially if he has dietary restrictions — but there’s also the choice for the mom not to allow her son to attend a party where she’s not happy with the food being served. It turns out that the OP’s sister has “kicked up so many fusses that in the last few months he had received no birthday invites.”

Now, the OP’s son’s best friend is having his birthday party at a fast food restaurant and her nephew isn’t invited, and his mom (the OP’s sister) is pissed. “My sister found out and told me I should say my son can’t go if nephew is being excluded. I told her that I’m not denying my son the invite because my nephew wasn’t invited. That it’s my sons best friend and he wants to go. She told me I am picking friends over family and encouraging my son not to be inclusive, as well as being a crappy sister.”

The OP shares on Reddit that there’s been so much tension with her sister that this situation is a “make or break for our relationship. AITA for saying what I said? WIBTA if I let my son go?”

Reddit commenter crystallz2000 kncan relate to the situation: “I used to hold weekly playdates at my house. There was a woman who whined and complained the ENTIRE time that I didn’t offer more snack choices and healthy alternatives. EVERY time I told her that all the moms were encouraged to bring snacks, so she could bring what she preferred for her child. She. Would. Not. Stop. So, I just stopped doing the group playdates altogether, except with the handful of moms I knew well and saw regularly. I ran into her awhile later, and she was furious … It was unfortunate for her child.”

“If she doesn’t want him to be excluded, she shouldn’t have behaved in a way that would make him excluded,” writes commenter Fun_Frosting_797. “That’s the fun thing about kids, young ones especially, the parents have to behave themselves too. And having meltdowns at every party for bringing her son to a party where he can’t eat something is going to cause him to go down with her too.”

Commenter baconmaverick chimed in with: “I wish there was a way for OP to bring nephew to the party too but without sister. I don’t have any kids or nieces or nephews so I don’t know if that’s possible. NTA but I just feel bad nephew is suffering because of his mom. OP’s kid should definitely go to the party regardless.”

Commenter endlessotter had a great suggestion: “She’s allowed to raise her son however she wants, but demanding someone provide an alternative to their birthday meal (not for allergies or religion) but for personal preference is a bridge too far. Feed your kid before the party. Even parents of children with allergies do this. My daughter has a friend with a chocolate allergy and I bought her a vanilla cupcake because my daughter wanted chocolate ones for her birthday. The mom didn’t demand it. She just politely messaged me and asked about the dessert plans. I offered to accommodate her. She didn’t demand it.”

It sounds like the OP’s sister has a demeanor that would turn any parent off. It’s unfortunate that her son has to miss out on the fun because of it, but it’s certainly not the responsibility of her sister and nephew. As the last commenter above suggested, she could easily pack those healthy snacks with her son to bring to the party so he can enjoy the birthday and the food he (hopefully) loves, too.

These celebrity moms are so relatable when they share the highs and lows of parenting.