How do children draw themselves? It depends who’s looking 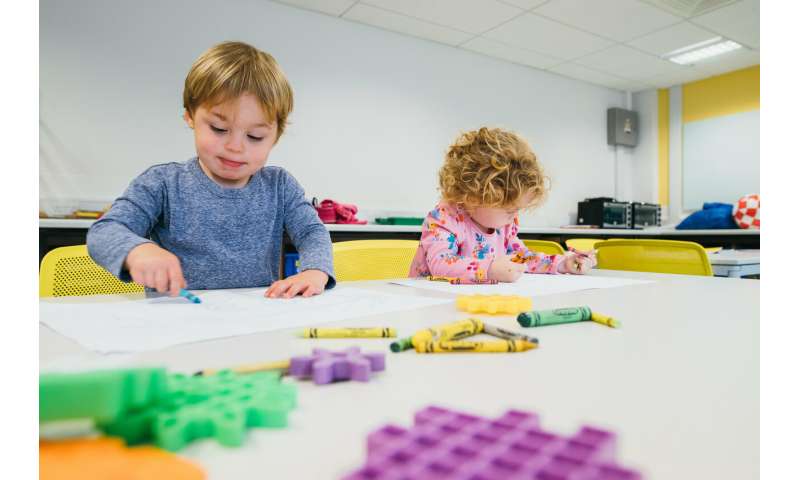 It’s the archetypal child’s drawing—family, pet, maybe a house and garden, and the child themselves. Yet how do children represent themselves in their drawings, and does this representation alter according to who will look at the picture?

A research team led by academics from the University of Chichester has examined this issue and found that children’s expressive drawings of themselves vary according to the authority of and familiarity with the adult who will view the picture. The study is published today, 25th January 2019, in the British Journal of Developmental Psychology.

The results of the study are significant, because it is important to understand children’s drawings for different audiences. Drawings are often used in clinical, forensic, educational and therapeutic situations to garner information about how a child feels and to supplement verbal communication.

The research team worked with 175 children aged eight and nine, 85 boys and 90 girls. The children were arranged in seven groups—one where no audience was specified and six audience groups varying by audience type. These groups represented professionals (policeman, teacher) and men with whom the children were familiar, and those with whom they were not.

The children were invited to draw three pictures of themselves—one as a baseline, one happy and one sad.

Some anomalies appeared in the results. For example, boys and girls performed differently in happy and sad drawings for the familiar and unfamiliar policeman groups. Girls showed more expressivity than boys in their happy drawings when the audience was a policeman they knew, whereas boys’ sad drawings showed more expressivity than girls’ in the unfamiliar policeman group. While the authors of the study suggest reasons for this, they see merit in further study.

They also suggest that this current study could be used as the basis for future studies investigating other professional and personal interactions, such as between a doctor and their patient.