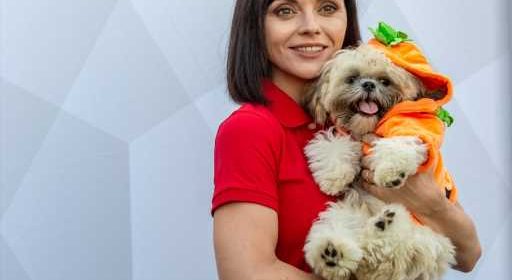 If you purchase an independently reviewed product or service through a link on our website, SheKnows may receive an affiliate commission.

It’s a lovely October afternoon, and Christina Ricci is contemplating a hard question: how do you get zombie makeup on a baby? Halloween is a big deal to The Addams Family star, and she wants to do it right — but that may mean getting a little creative. SheKnows caught up with Ricci over the phone, as she dished about her spooky Halloween plans with her son Freddie, 8, who she shares with ex James Heerdegen, and daughter Cleo, 10 months, who she shares with husband Mark Hampton.

“We are in the middle of deciding on our Halloween costumes for the entire family, dogs included,” Ricci tells SheKnows. “There’s a lot of debate, a lot of great ideas. Freddie really wants everyone to be zombies. Like we’re all just a zombie family.”

“But I can’t imagine putting zombie makeup on a baby, so that may or may not happen,” she says, while laughing. “It just sounds really difficult.”

Can you imagine? Getting sunscreen on a baby is hard enough as they wiggle and rub their eyes but trying to do creepy zombie makeup — without them trying to eat it or wipe it off on the furniture! — seems virtually impossible.

Ricci’s dogs would probably be down for anything, though, as they sound very chill (for the most part). The Yellowjackets star currently has three furry friends at home: Logan, a 1-and-a-half-year-old Pitbull/Labrador/Mastiff mix; Patrick, a 3-year-old Maltese/Shih Tzu mix; and Karen Carpenter, a 13-year-old Chihuahua/Dachshund mix.

Her love for these wonderful dogs is why Ricci partnered with Stella & Chewy’s, the category leader in the raw pet food space.

“I’m really excited to be partnered with Stella & Chewy’s. I love the brand,” she says. “As Karen got older, I started to think more about keeping her comfortable and alive as long as possible. And so I started to seek out ways that I could support her nutritionally. And that’s why I love Stella & Chewy’s so much. Because it reflects that love of a pet owner wanting to do the most they can for their animals.” 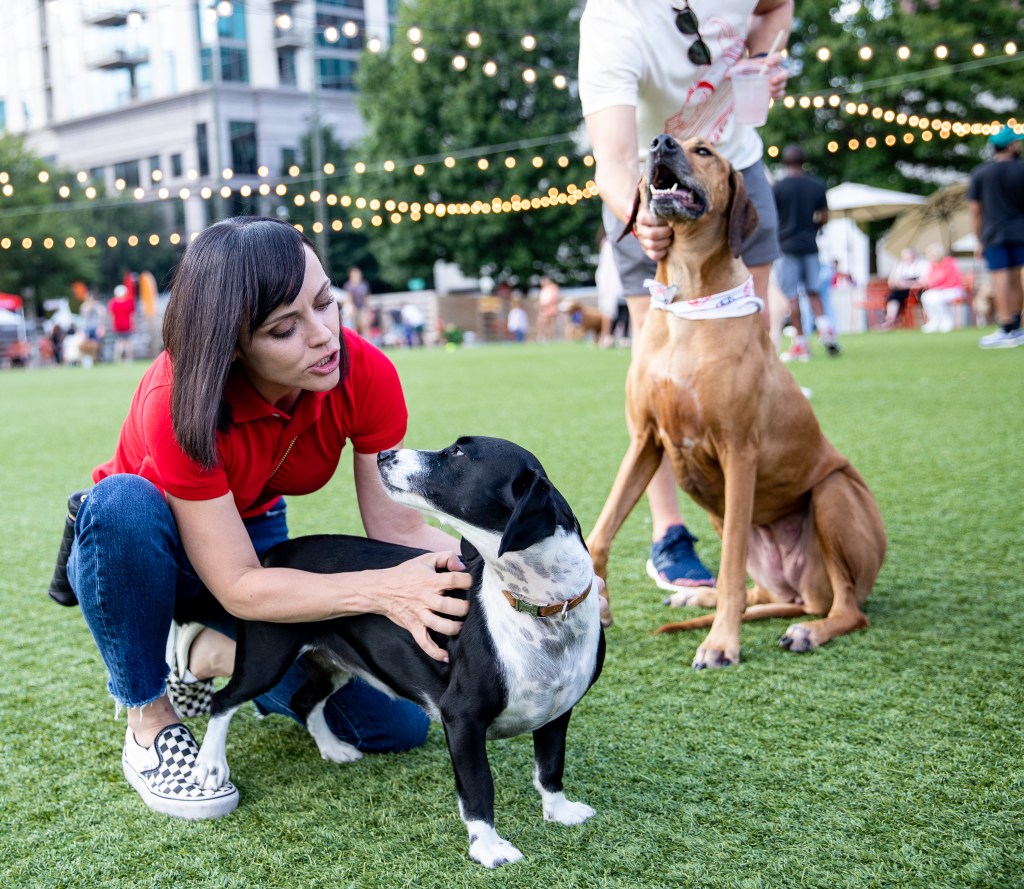 According to a 2021 survey from Stella & Chewy’s, approximately 98 percent of pet parents state their relationship with their pet is one of the strongest emotional relationships in their lives. To honor this special relationship, the brand launched their All You Need Is Raw campaign to celebrate the raw, unfiltered love between pets and their humans.

“I love this Raw Love campaign and the sort of sentiment behind that because honestly pet lovers love their pets and would do anything for them,” she continues. “And a really easy way to show your love is to feed your animals well.”

We feed our babies well, so why wouldn’t we extend the same grace to our dogs? Especially because, in a way, dogs are so much like kids.

“I think having a puppy is a little bit like having a child,” Ricci says. “In terms of that every-three-hours-waking-up and getting the puppy outside kind of thing. But it’s definitely less intense having dogs than children, I would say. And the puppyhood is much shorter!”

Dogs also make great friends for our kids. When Cleo was born, Ricci wasn’t worried at all about introducing her to the two oldest dogs, who are also the smallest.

“With the two little ones, it was very easy, we weren’t concerned at all,” she says about the doggy-baby introduction. “But with Logan, he’s such a big dog. And he’s a puppy, so he gets very excited and jumps around and stuff. He just doesn’t know his own strength. So, we had to be a little bit more careful with him.”

Now that Cleo is getting bigger herself, the two seem to have developed a closer bond. “But he’s so sweet with her and very gentle,” Ricci continues. “He licks her face a lot, and his tongue is very big, so that can be a little intense for her. But she still loves it. She will act shocked and everything, but then she giggles and calls out for him when he walks away. It’s very sweet.” That sounds so adorable!

But Cleo’s best doggy friend would definitely be Karen.

“She loves Karen. Karen was my dog when I had my son, Freddie, so I know how good she is with babies,” Ricci says. “So I’ll literally just put Karen in the playpen with Cleo. And she just chases her around and pets her and its really sweet. It’s very cute.”

They are little best friends already! Even Freddie enjoys time with the dogs (and is responsible for a few dog-related chores like feeding and walking the pups). The oldest two are unexpected allies in Ricci’s quest to getting him to sleep in his own room.

“We’re still working on sleeping with Fred,” Ricci says, “and we found it helps him to go to bed in his own room if he has Patrick and Karen with him. So that’s his biggest interaction with the dogs. At night in his bed, they’re his little buddies.”

When Ricci isn’t busy commuting via plane to film for Yellowjackets — which helps her “compartmentalize [her] workplace and home life” — she is a huge homebody.

“It is difficult,” Ricci says about balancing it all. “I am so lucky to have an amazing nanny and a really amazing, supportive husband. All I do when I’m able to be home is hang out at the house and hang out with the dogs and with the kids. I really don’t do anything else but that when I’m not working.”

Instead of splitting her time, Ricci gives 100 percent to her career and 100 percent to her family, which is such an inspiration. And zombie babies or not, we bet Cleo is going to look adorably cute (and likely a little spooky!) for her first Halloween.

Before you go, check out these tasteless Halloween costumes for kids.