Everything You Need To Know About Using Labradorite 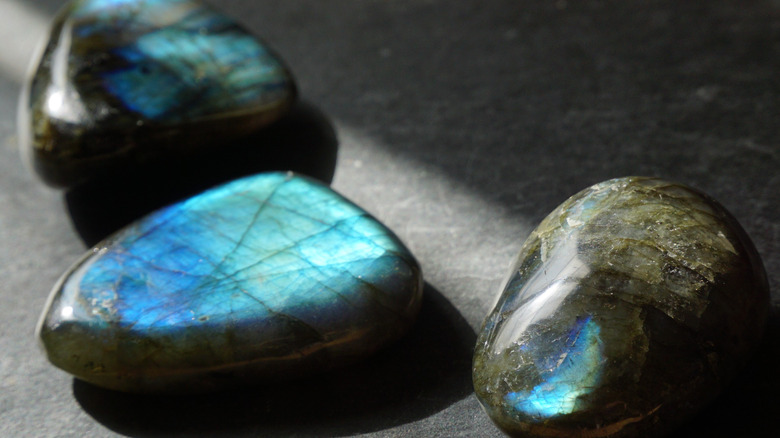 The wonderful world of gemstones is expansive — just as Earth is. After all, they come from the earth and form in seemingly a million unique ways. They’re not only colorful and mesmerizing, but they’re also used spiritually to heal, protect, and enhance oneself (via Healthline). Such is the case for gemstones like amazonite, clear quartz, and desert rose crystals. Unique, too, is labradorite — plus it’s just fun that it sounds like a fun breed of dog!

Labradorite belongs to the feldspar mineral family, meaning it’s a silicate like amazonite (via Charms of Light). Furthermore, labradorite is associated with three specific zodiac signs: Leo, Scorpio, and Sagittarius. It can, however, be used successfully by anyone. It’s furthermore associated with the water element and the planet Uranus, as well as the numbers 6 and 7. It’s typically found in shades of blue, pale green, and grey-white, and it’ll have “iridescent blue or gold flashes,” per Charms of Light.

Labradorite was first found in Labrador in Canada, a city on the Isle of Paul, and was named after this place of discovery (via Fire Mountain Gems). Natives of the region would call it a “fire stone” and would “use powdered forms to help cure ailments.” Outside of Canada, labradorite can naturally occur in Finland, Russia, and Mexico.

This gem is a must-have for mental health enthusiasts 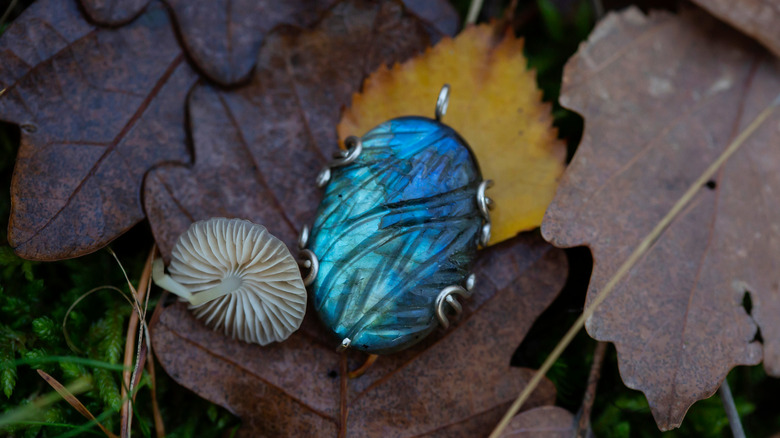 Labradorite is a great stone to use because it can help progress you in life. According to Healing With Crystals, it will “help if your home life has entered a rut or you feel that the fun has gone out of your life.” It also helps transitions in the workplace, and because of its transitory properties, it’s especially useful for writers of all genres.

Labradorite is often referred to as a stone of transformation. Charms of Light explains that it’s “a useful companion through change, imparting strength and perseverance.” This is because it balances your aura, helps you feel grounded mentally and spiritually, and erects a protective shield around you to ward off negative energy.

Physically, labradorite can relieve stress and aid your metabolism (via Healing With Crystals). It may also help you with colds, rheumatism, gout, and menstrual pains. It’s even said to balance hormones just as it does your aura.

Mentally, labradorite is excellent at uncovering the reasons you may feel certain ways. It does this by unblocking your “unconscious and subconscious belief patterns that generate unpleasant emotional states.” By using this stone, then, you’re creating a better tomorrow for yourself in which you’ll not only feel better but also be able to build yourself a better future.