Words of wisdom. Dean McDermott and Tori Spelling’s five children dealt with cyberbullying in January and the actor is helping his brood cope.

“[Trolls] comment on my kids looks, and their hair and their clothes,” the former Chopped Canada host, 52, said on the Monday, June 10, episode of his “Daddy Issues” podcast with comedians Adam Hunter and Nicky Paris. “I’m just like, ‘Enough is enough.’ I put my foot down, and I’m trying to teach my kids a more spiritual way of handling the criticism.” 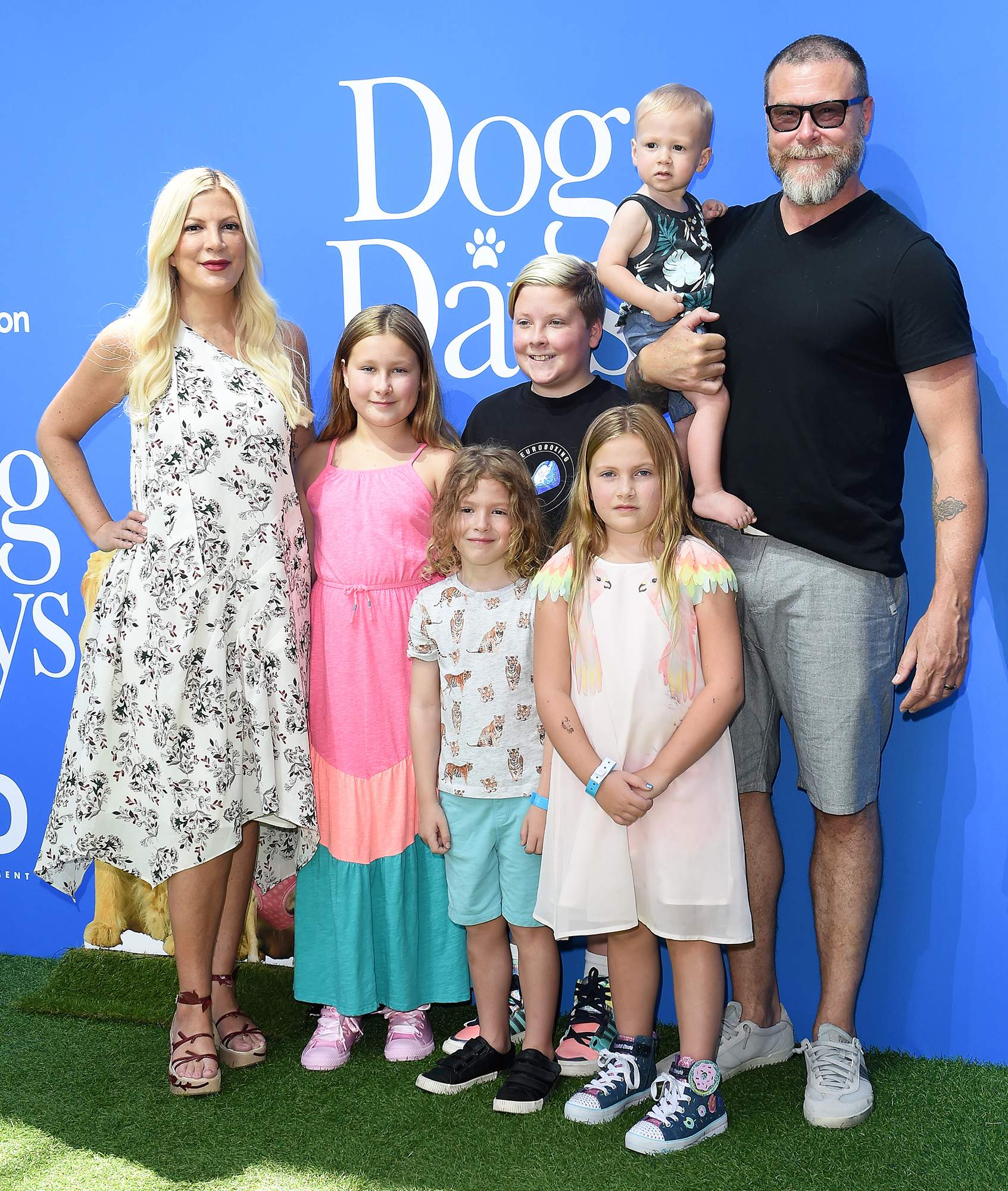 In January, Liam, 12, Stella, 11, Hattie, 7, Finn, 6, and Beau, 2, found themselves under fire when they attended the premiere of A Dog’s Way Home looking like they “feed and clothe themselves” —according to one troll.

“I am absolutely horrified and disgusted by the comments being left about my children,” McDermott wrote on Instagram at the time. “Body shaming and bullying my children??!! What is wrong with you people??!! … Their [sic] kids. They’re messy and dirty. That’s what they do.”

The following month, the Beverly Hills, 90210, alum, 46, told Us Weekly exclusively how she felt about her little ones being criticized on social media. “It’s not easy,” the actress told Us in February. “I have dealt with it forever, but when they say things about your kids, you’re just like… ‘What?’ Everyone is so anti-bullying these days, but it feels like lately with celebrities, that doesn’t apply. You can say whatever you want about celebrities and their kids, their family, but you can’t say it anywhere else in any other profession.”

The Spelling It Like It Is author’s mom, Candy Spelling, opened up about the negativity to Us exclusively on Sunday, June 9. “That’s bullying,” the Broadway producer said. “We know that, and it’s a terrible thing. Shame on people who dare to bully children. … It’s just wrong.”

“Daddy Issues,” presented by The World Famous Comedy Store, is available on Spotify.