Chrissy Teigen Speaks About the Transformative Power of Her Loss 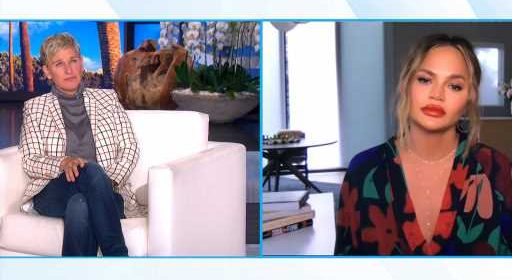 In an appearance on Monday’s The Ellen DeGeneres Show, Chrissy Teigen opened up about the impact her highly publicized pregnancy loss has had on her life. The model, cookbook author, and entrepreneur, who lost her son last year at 20 weeks gestation, on the border between miscarriage and stillbirth, shared that he would have been born last week if he had survived.

Though undoubtedly devastating, Teigen says the loss of son Jack, was “transformative” and credits him with saving her.

“He really saved me because I don’t think that I would’ve discovered therapy and then sobriety and then this path of really feeling good about myself and feeling like a new person,” she told DeGeneres. “There’s such a spiral of things that you could have done differently and you start to get really tough on yourself, but what you learn through it about yourself is such a wild incredible thing.”

Teigen, who announced on social media that she had given up alcohol completely after four weeks of sobriety, has also been transparent about the importance of therapy in teaching her how to cope with her grief.

Teigen said that even now, months later, she sees clothes that she bought in anticipation of wearing as her pregnancy progressed and other constant reminders of her loss. But she credited her Thai upbringing with her willingness to be open about something many women keep bottled up. “Being Thai and being in a house that was very open about loss — I think it was really helpful, because I see it as it can be a beautiful thing, and it was a really transformative thing for me.”

The Cravings author told Ellen that her kids, MIles, 2, and Luna, 4, have gained a huge sense of empathy after the loss of Jack.

“You know, this week we’re thinking about him especially, and it’s just been so beautiful to see my kids, the way they talk about him,” she explained. “They’re so fun and sweet. When we go to the beach or something they’ll say, ‘Is baby jack with us right now? Is he up in the clouds?’”

These other famous parents have been open about suffering miscarriages.