Breech Baby: What it means and how to deal with it

We explain to you the causes of breech pregnancy and how to manage it. A breech pregnancy is seen when the baby is positioned head-up in the uterus, and his/her feet are pointed toward the birth canal. During normal pregnancy, the baby will automatically turn inside the womb into a head-down position and will be ready for birth. Thus, breech pregnancy can be challenging for both, the mother and baby.

Know about the causes of breech pregnancy

There are various types of breech pregnancies like frank, complete, and footling breech, depending on the baby’s position in the uterus. However, in all types of pregnancies, your baby will be positioned with its bottom toward the birth canal instead of the head. Though the exact cause behind it is still not clear, there are several factors that may lead to it. These include women who have experienced multiple pregnancies or premature births, if the uterus has too much or too little amniotic fluid, besides an abnormally shaped uterus or complications like fibroids in the uterus. 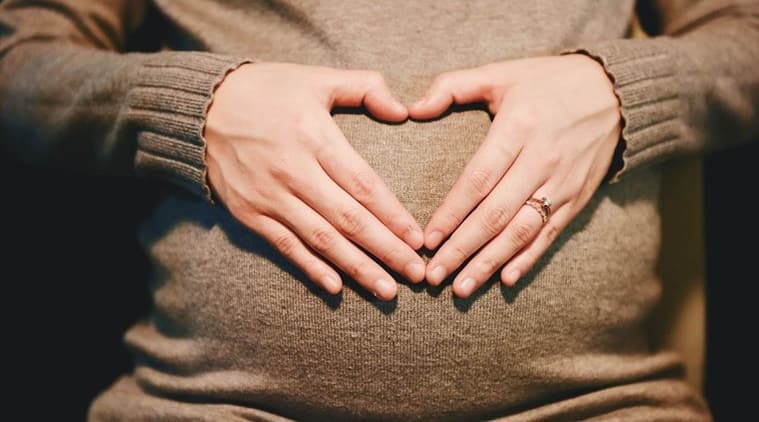 How to know if your baby is breech

A baby cannot be considered breech until around 35 or 36 weeks. Speaking about a normal pregnancy, the baby generally turns head-down to get into position in preparation for birth. Then, the baby can become bigger and it is difficult for him/her to turn and get into the correct position. Thus, women need to be alert and visit the doctor who will tell them if the baby is breech. This can be confirmed with a help of an ultrasound.

What are the complications of breech pregnancy?

If there is a breech delivery, then there are higher chances of the baby getting stuck in the birth canal and the baby’s oxygen supply via the umbilical cord can also get cut off. Hence, a cesarean delivery is considered the best option for delivery for women with breech pregnancies.

What can be done in case of a breech pregnancy?

External version (EV): It is a procedure done around the 36-38th week of pregnancy in order to manually turn your baby into the correct position by manipulating it with one’s hands via your stomach. The doctor will decide upon what can be done. So, you need not panic and keep calm.