Add this to my list of bad mom traits, but I am counting down the days until I can put Candyland into the giveaway pile at home. It was a charming enough board game when my kid was a toddler, with no concept of what it was to win or lose. Then you realize it is as maddening as it is dull, as nothing but luck guides your little gingerbread cookies back and forth through the path, all the while knowing that once someone throws all the cards in the air in frustration, you’ll all somehow have a craving for gumdrops and rainbow pops. It’s enough to make you consider swearing off family game night for good, even if that kind of quality time was one of your New Year’s resolutions.

There is a better way, my friends. Board games (by which we also games that involve tiles and cards and notebooks or what have you) can be entertaining for everyone in the family. It need not be a mind-numbing exercise for parents hoping to distract young ones from screen time, nor just a thing you pull out on bad-weather days of vacation. The games we list here will have all of you laughing, even as you plot against each other, and hoping the rain or snow will continue for another day.

Our mission at SheKnows is to empower and inspire women, and we only feature products we think you’ll love as much as we do. Please note that if you purchase something by clicking on a link within this story, we may receive a small commission of the sale. 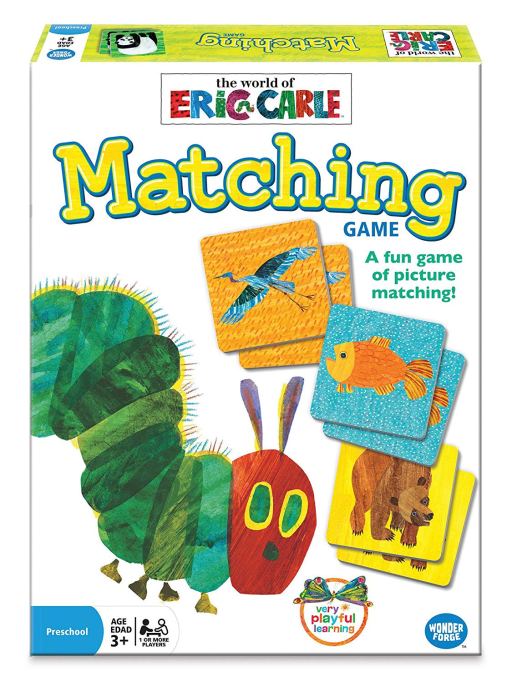 There are so many versions of this classic memory game out there, but we love combining the game with a literary reference to the beloved kids’ book author’s illustrations. Two players. Ages 3 and up.

Yeti in My Spaghetti 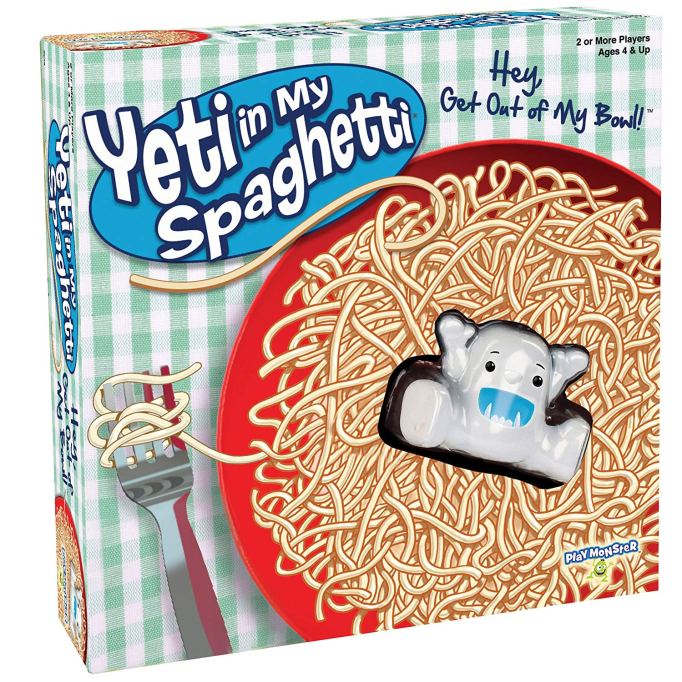 Fortunately, there is no actual spaghetti (nor actual yetis) in this game, in which players take turns removing plastic pasta pieces until the little snow monster falls in the bowl. It’s surprisingly entertaining, even through multiple rematches. Two or more players. Ages 4 and up. 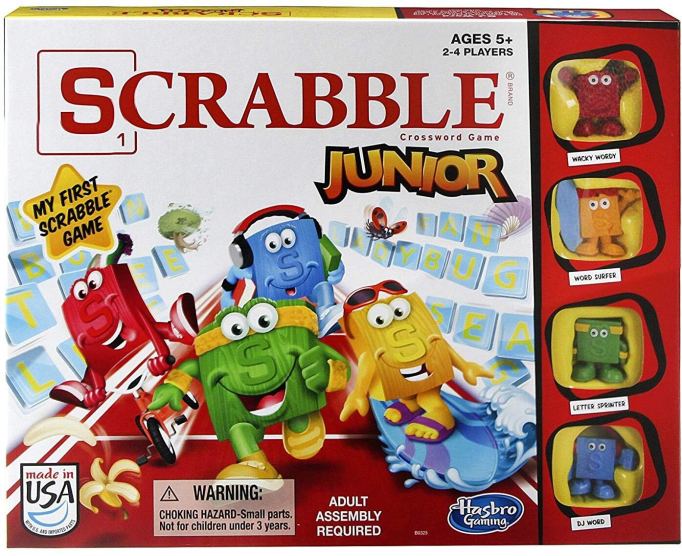 While you wait for your kids to get old enough to beat you in standard Scrabble, you can also help them learn to spell. One side of the board helps early readers match words on the board. When they’re older, they can flip it over and form their own words. Two to four players. Ages 5 and up. 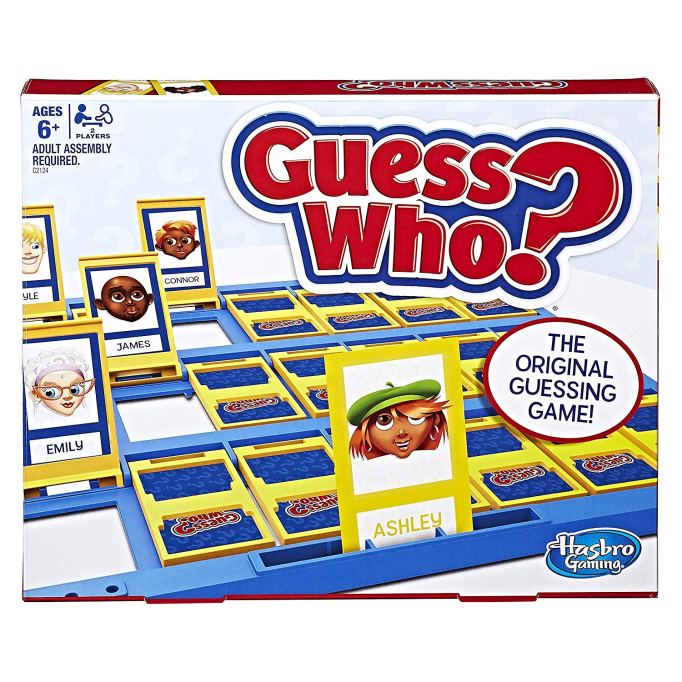 Even little kids can quickly grasp the concept of asking questions about the physical features of their opponent’s character, flipping them down until they can guess who it is. Best of all, there is enough opportunities for silliness that parents won’t get bored either. Two players. Ages 6 and up. 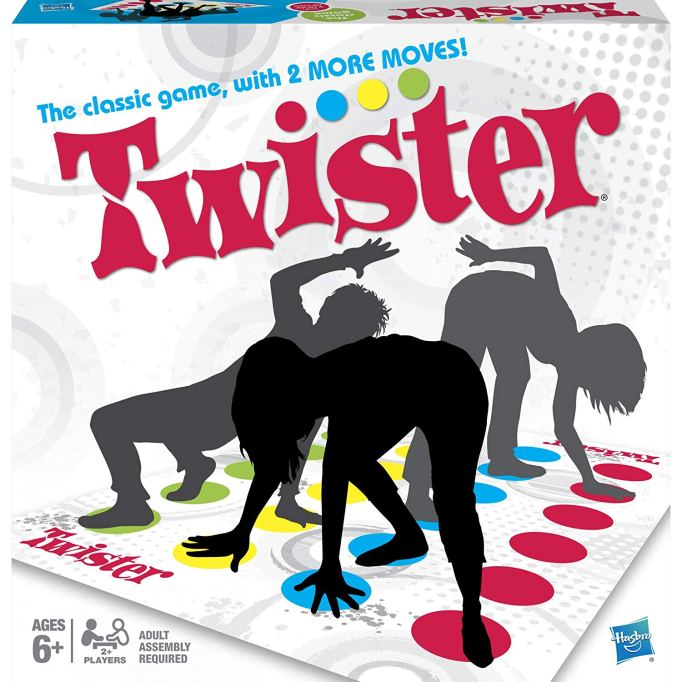 The classic party game is a hilarious way to get tangled up with the family too. Just try hard not to fall on top of your kids, please. Two or more players. Ages 6 and up (though younger kids may also enjoy it). 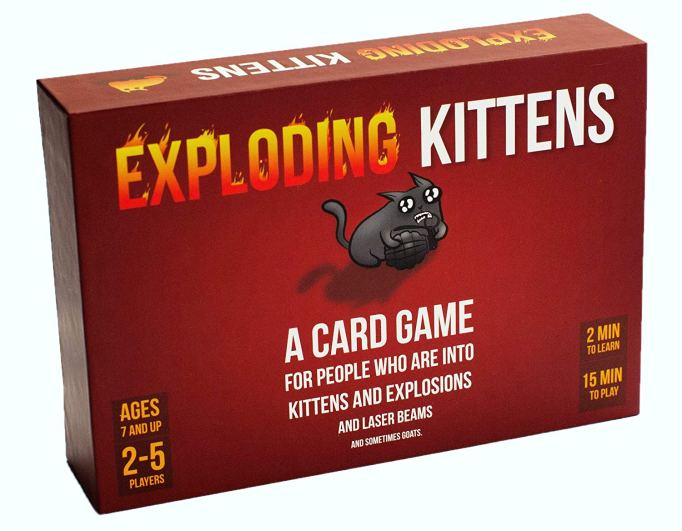 If you’ve never seen this card game, you might be a little disturbed by its name, but rest assured this is not meant to train psychopaths. It’s all about playing various cards from your hand in order to avoid drawing the Exploding Kitten card that means you’re out of the game. It’s fast, easy to understand and doesn’t require too much strategy, but still very satisfying to win. Two to five players (unless you get the Party Pack, in which up to 10 people can play). Ages 7 and up. 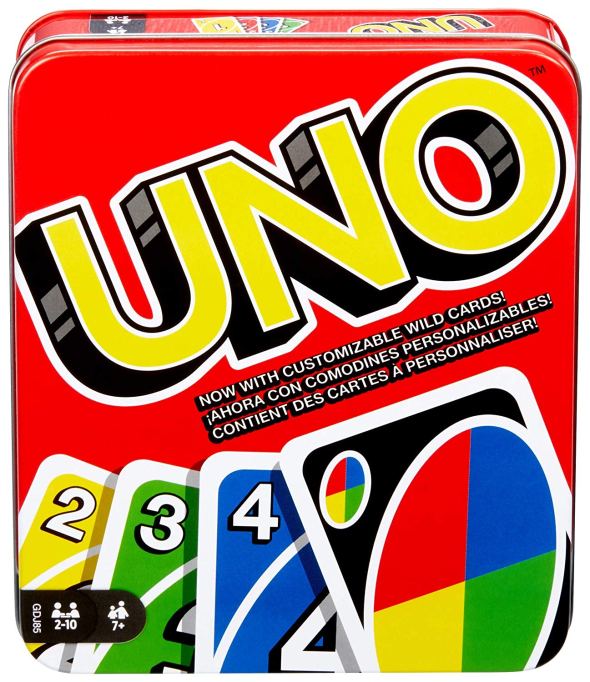 You may remember from childhood that this card game can get mean, when you give another player cards like “Skip,” “Draw 2” or “Draw 4” to stop them from getting rid of their cards before you. It’s also wildly entertaining, as long as everyone is in the mood to be on the receiving end of those wicked cards. Two to 10 players. Ages 7 and up. 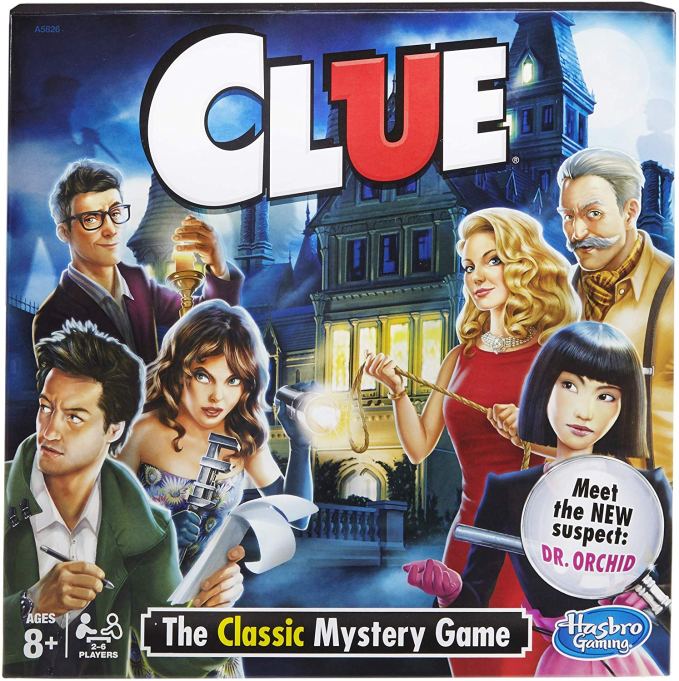 Maybe it’s not the best idea to introduce young children to the concept of murder, but once they’re older, the whole family can investigate who killed Mr. Boddy in the library with a candlestick. Two to six players, ages 8 and up. 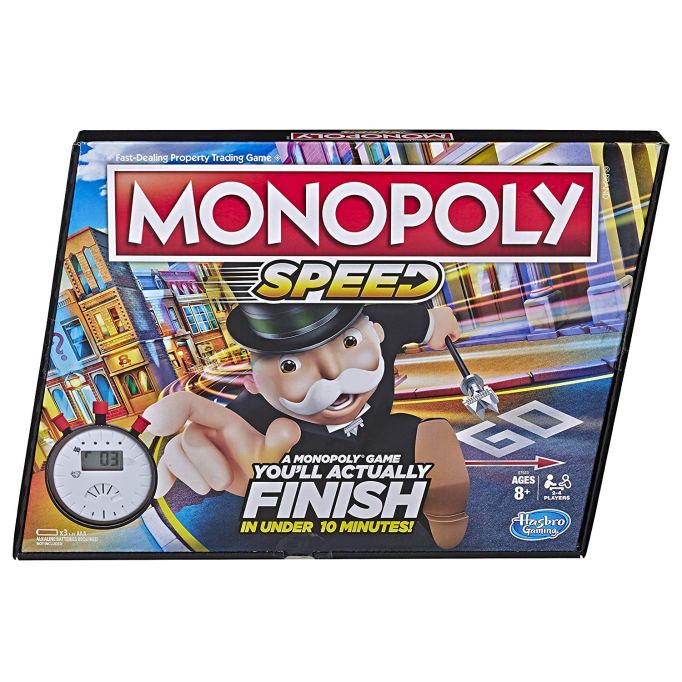 How many times have you actually finished a game of traditional Monopoly? (Someone flipping the board and leaving in a huff doesn’t count.) This version demands all of your wheeling and dealing to be over in 10 minutes flat. Maybe you’ll even decide to play it twice. Two to four players. Ages 8 and up. 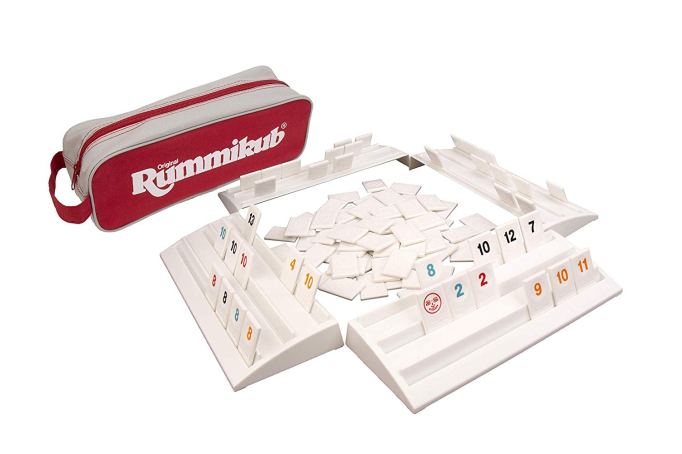 Create sets of three or more tiles, by matching numbers or creating a sequence of the same color, to put tiles on the table. It takes a little luck, a little math and a lot of strategy to win, which makes this a truly addictive game. Two to four players. Ages 8 and up. 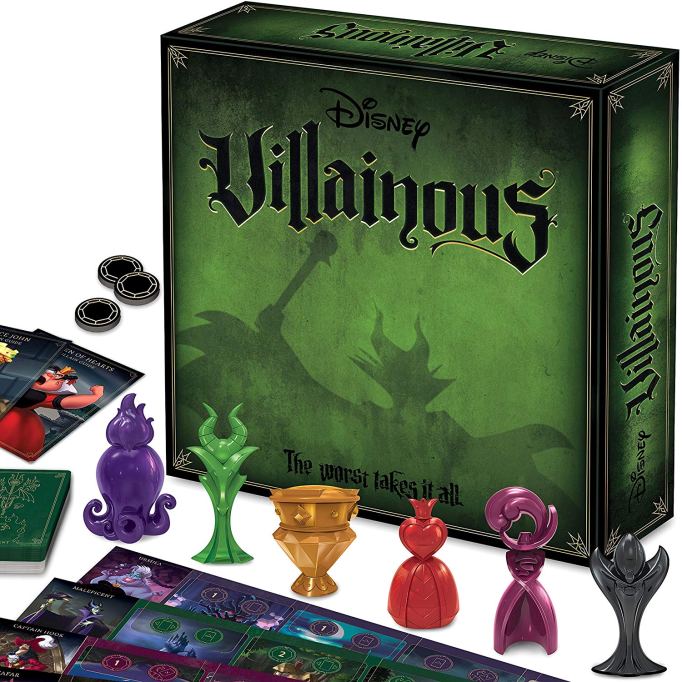 This is a good introduction to strategy gaming, as each player picks a Disney villain (Maleficent, Jafar, Ursula, etc.), plays their cards and collects tokens to achieve that character’s evil goals. This is the chance to practice those wicked cackles and mischievous grins, too. Two to six players. Ages 10 and up. 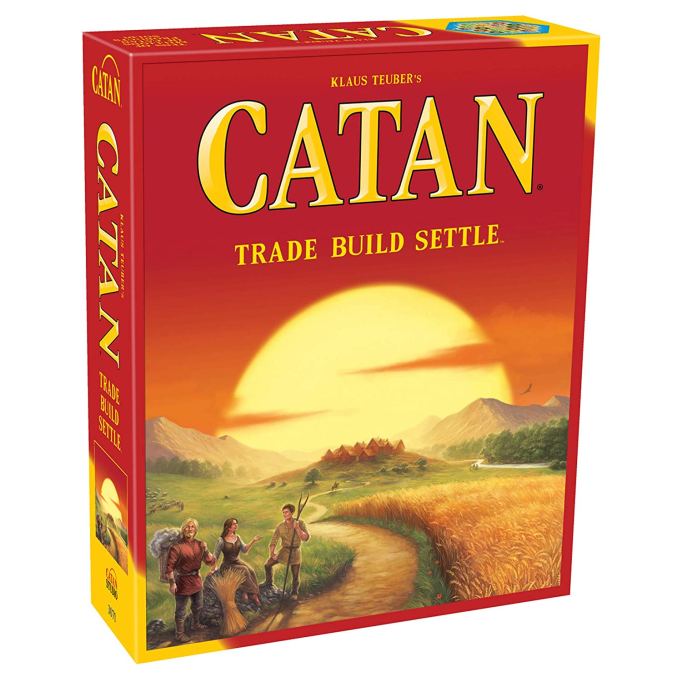 The rules of the game are simple — the roll of die determines whether your settlements receive the resources you need to expand your territory and eventually collect points to win. The reason this game is so popular among adults and older kids, though, is that you can wheel and deal with your opponents and go beyond pure luck to win. Three to four players (with expansion packs available to add more players). Ages 10 and up. 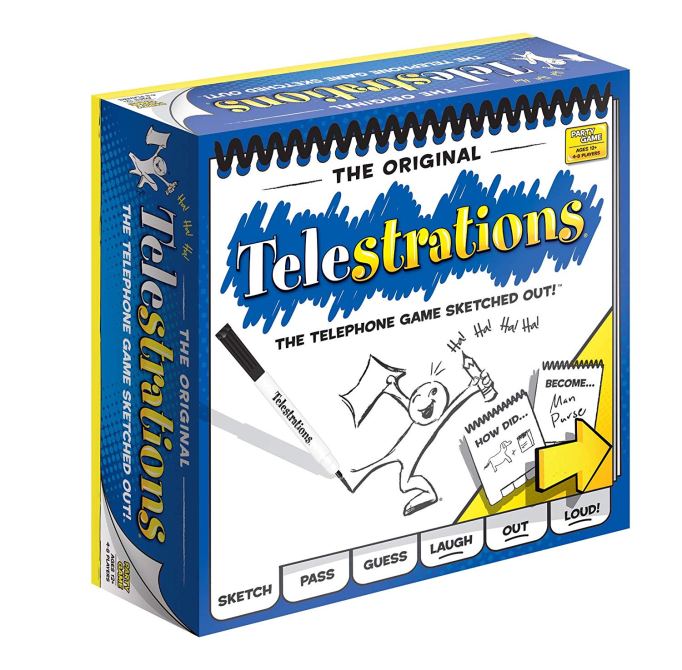 This game combines the hilarity of Pictionary’s bad drawings with Telephone’s miscommunications. Players all draw an object (picked from a card) in 60 seconds on a notebook. Then they pass their notebook to the next person who writes down their guess of what the drawing is. Then you pass it again and draw your version of the previous person’s guess. (That sounds confusing, but you’ll get it once you play.) Four to eight players. Ages 12 and up. 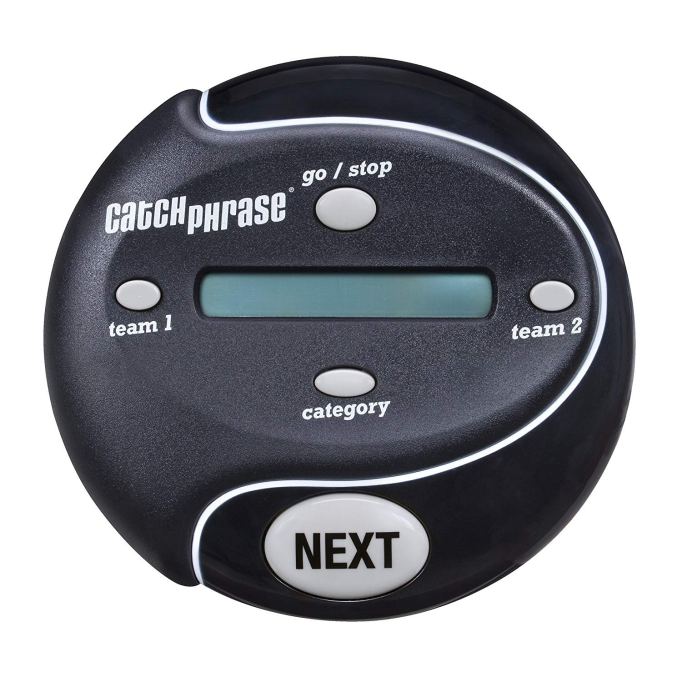 It sounds simple enough: Get your teammates to guess a word just by describing it before you pass it to the next team, and don’t be the one holding the game when the buzzer goes off. But the threat of that buzzer has the power to wipe minds blank and tie tongues, leaving all players in a puddle of laughter by the end. Four or more players. Ages 12 and up. 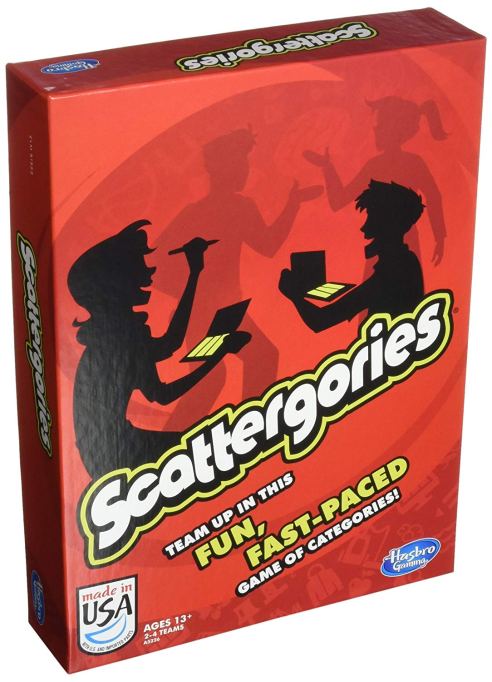 Based on the roll of a 20-sided letter die, players come up with words that start with that letter to fit a list of categories. This is a test of creativity and vocabulary, so you might want to team up with younger kids (probably to get a boost from their ideas, rather than the other way around). Two to four players (or two to four teams). Ages 13 and up.