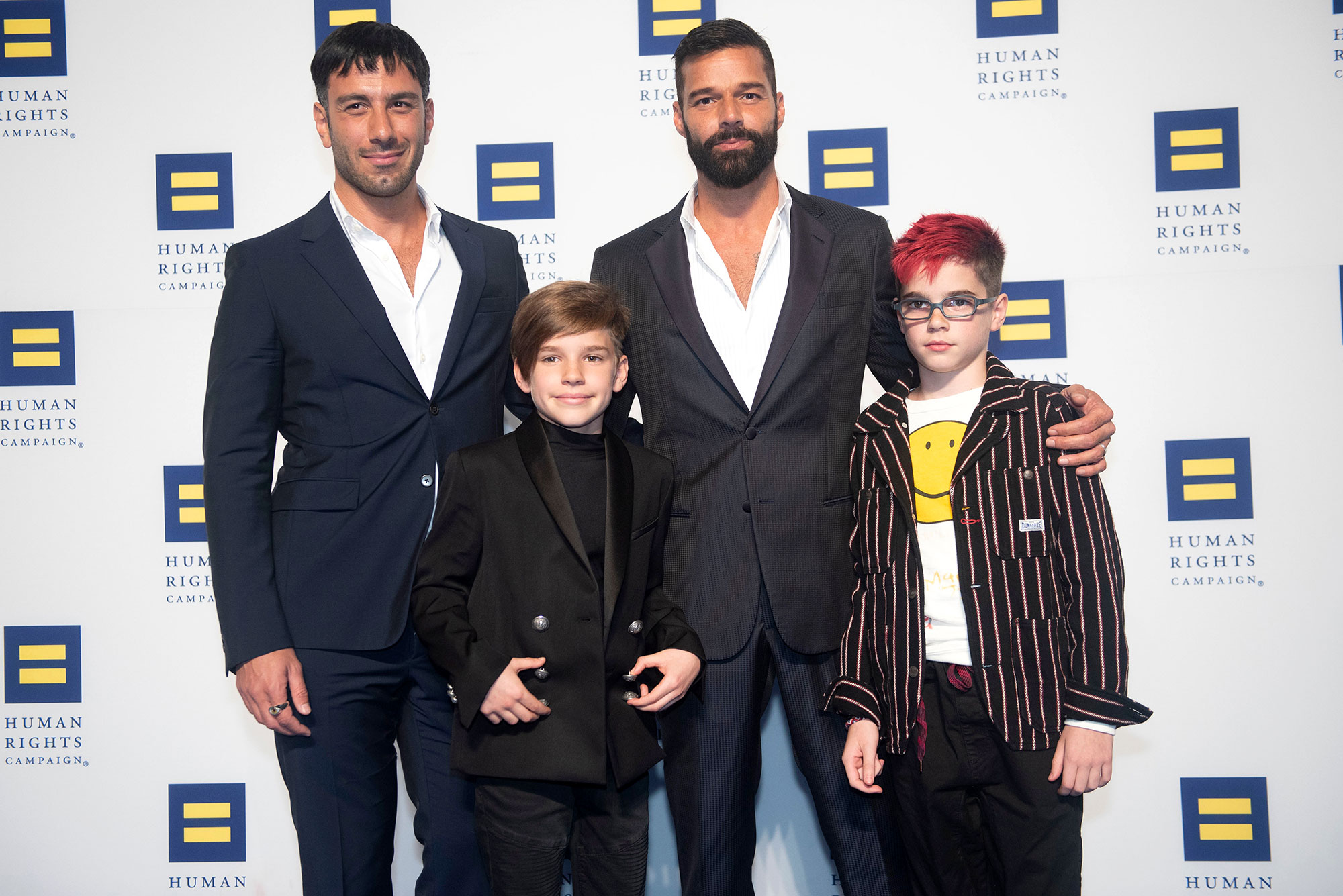 Soon-to-be a family of six! Ricky Martin and his husband, Jwan Yosef, are expecting their fourth child together. The singer announced the news while attending the Human Rights Campaign National Dinner in Washington D.C.

Hot Dads on the Red Carpet

“My family’s here,” Martin, 47, said, while accepting an award for his advocacy of LGBTQ rights and his philanthropy on Saturday, September 28. “My husband Jwan, I love you, my beautiful twins, Valentino and Matteo, they’re also here, I love you with all my heart. You’re my strength, you inspire me every day, you motivate me to keep doing what I’m doing and you guys are amazing kids. You guys are amazing. I love you.”

He added: “And by the way, I have to announce that we are pregnant. We are waiting. I love big families.”

Their new addition will join their 10-year-old sons and 9-month-old daughter, Lucia. Martin shared the first photo of Lucia’s face via Instagram on August 8.

Martin and the painter and visual artist began dating in 2016 after meeting on Instagram. “Well, he now lives with me. He’s a conceptual artist and I’m a collector, so I started looking for art and I saw his art and I went crazy because I really love what does. Really original. So then I contacted him,” Martin recalled on The Ellen DeGeneres Show in November 2016. “I had no idea what he looked like and then I saw what he looked like and I’m like, Yeah. And we just got engaged.”

The “Livin’ la Vida Loca” singer would go on to reveal in January 2018 that the couple had secretly tied the knot. “I’m a husband, but we’re doing a heavy party in a couple of months,” he told E! News at the time. “We exchanged vows … and we’ve signed all the papers that we needed to sign, prenups and everything.”

Celebs Clap Back at Parenting Police

That same month, Martin opened up about raising twins and what he tells them when they ask about having two dads. “A lot of people tell me, ‘Well, you kids are on the covers of magazines and blah, blah, blah,’ and I’m like, ‘Yes, because I want to normalize this,’” the Assassination of Gianni Versace: American Crime Story star told Out magazine at the time. “I want people to look at me and see a family and say, ‘There’s nothing wrong with that.’ It’s part of my mission. It’s part of my kids’ mission as well. My kids ask me about having two daddies and I tell them we are a part of a modern family. This is a beautiful sense of freedom.’”