What is Gain-of-Function Research?

Gain-of-function research refers to the serial passaging of microorganisms to increase their transmissibility, virulence, immunogenicity, and host tropism by applying selective pressure to a culture. 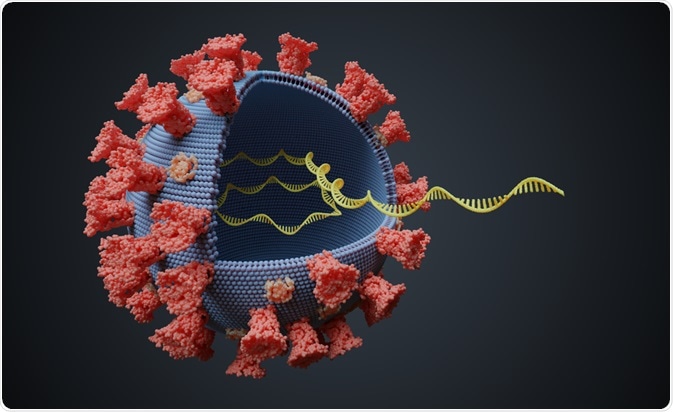 This is performed in a research context to understand the way in which a pathogen adapts to environmental pressures, allowing disease control measures to be better planned, and potential vaccines and therapies to be explored. Gene editing technology such as CRISPR may be utilized in combination with selective serial passaging to investigate the role of specific genes on protein expression and ultimate organism function.

Gain-of-function studies are most usually applied in virology and have revealed many details regarding the biological mechanisms behind virus transmission and replication.

The high replication and mutation rate of viruses commonly leads to escape mutants, lineages that have acquired changes to their genome that lessen or eliminate the affinity of natural or vaccine-induced antibodies towards the virus, while not notably lowering survival.

Most mutations a virus may acquire are deleterious to virus function, though in some cases mutation can both enhance virulence and allow better immune escape. For example, early studies regarding the E484K mutation of the spike protein of severe acute resSARS-CoV-2 suggest that affinity towards the ACE2 receptor, the target of the virus, is enhanced, while neutralization by serum antibodies sourced from patients having recovered from wild type SARS-CoV-2 are evaded more effectively.

The FDA requires that animal testing be performed for vaccines before human trials can go ahead. However, as viral tropism towards the model species is unlikely to exist already, in cases where human viruses are under investigation, then strains that are able to infect the model species must be generated. This can be achieved using gain-of-function research where the virus is passaged through the animal, allowing molecular determinants of transmissibility to be identified, and vaccines under investigation to be tested.

In 2012 a paper was published to Science by Herfst et al., titled: Airborne Transmission of Influenza A/H5N1 Virus Between Ferrets. The group had genetically modified the A/H5N1 virus by site-directed mutagenesis and serial passages in ferrets, creating a strain that was airborne transmissible in ferrets.

This demonstrated that it was possible for the avian influenza virus to become airborne and that the strain was sensitive to certain antiviral drugs, though raised many concerns regarding the ethics and safety of creating such a virus. The possibility of accidental or intentional malicious release of such a virus caused the USA administration under Barack Obama to halt funding for gain-of-function research relating to influenza, SARS, or MERS in 2014, though this decision has since been rescinded.

Farther removed alternatives such as single-protein or replication-incompetent virus in vitro studies, in silico modeling, or long-term genetic sequence comparison of samples collected from patients are under increasingly intense investigation to replace gain-of-function research

As discussed, gain-of-function research can highlight possible mutations that may take place in currently known viruses and allow better community surveillance, identifying when such mutations arise and allowing vaccines to be prepared in advance of such an outbreak.

However, the mutations a virus may acquire naturally are widely varied, and not guaranteed to present in the same way as those developed by serial passages in a laboratory. Similarly, the cost and time associated with vaccine development and storage means that preparatory stockpiling of vaccines is also unlikely to become a real benefit of gain-of-function research.

Additionally, inter-tropic research such as the abovementioned work on ferrets may not be applicable to viruses in humans as the way in which a mutation alters the interaction of a virus with its environment may differ between hosts. On the other hand, this type of research provided the only means of conclusively demonstrating the possibility that H5N1 had the capacity to transfer between mammals and become airborne.

The scientific community calls for transparency and safety accreditation for any laboratories performing gain-of-function research on highly pathogenic organisms. This is particularly important with regards to public relations and opinion in the wake of the COVID-19 pandemic, where public mistrust of science has been thrust into the spotlight surrounding unfounded conspiracy theories concerning the origin of SARS-CoV-2.

Regardless of the true origin of SARS-CoV-2, the pandemic has demonstrated that global infrastructure is largely unprepared for such an outbreak, and many scientists argue that gain-of-function research could have predicted and allowed the world to better prepare for the outbreak.

Michael graduated from Manchester Metropolitan University with a B.Sc. in Chemistry in 2014, where he majored in organic, inorganic, physical and analytical chemistry. He is currently completing a Ph.D. on the design and production of gold nanoparticles able to act as multimodal anticancer agents, being both drug delivery platforms and radiation dose enhancers.